Finder to the Node: NBN Co rakes in the cash while speeds are boosted 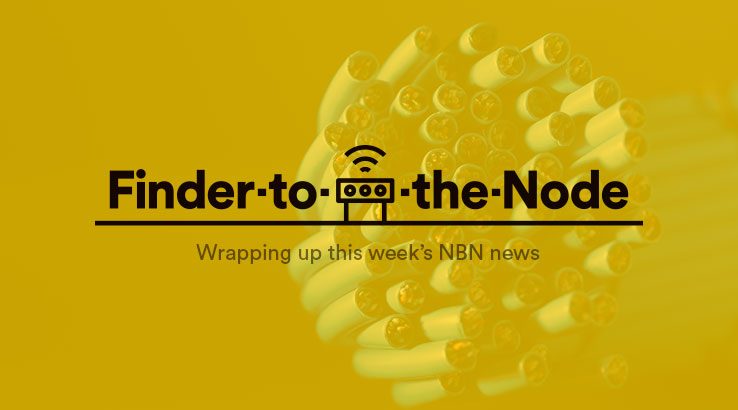 NBN Co reveals its cash position, NBN internet providers jostle for speed and Telstra gives speed boosts away in our round-up of the week's NBN news.

NBN Co, the company created to build the actual NBN, was always intended to be a cash generating business for complex budgetary reasons, and that's put it under considerable pressure to deliver specific financial targets.

In its latest results, as reported by ZDNet, NBN Co generated $2 billion in revenue for the first 9 months of this financial year. That's roughly a 50% improvement year on year.

As Fibre to the Node (FTTN) services have started to dominate the NBN mix, they're also dominating the revenue figures. FTTN revenue was over $600 million, while Fibre to the Premises (FTTP) made up $377 million. HFC NBN services accounted for $130 million in revenue for the 9 month period so far. For non-fixed services, Fixed Wireless accounted for $69 million while satellite services added $36 million to NBN's coffers.

NBN Co's revenue figures are likely to rise further thanks to the wider adoption of faster NBN plans, with a reported 58% of NBN users now sitting on plans at the 50Mbps tier or higher.

The fifth ACCC broadband speed monitoring report puts TPG at the top of the list in terms of internet providers and the percentage of speeds on plans they're actually providing to customers.

According to the ACCC's latest report, TPG managed to hit 89% of its plan speeds overall, a touch lower at 88% during peak hours.

TPG-owned iiNet is next with 85% overall and 84.5% in peak hours, with Telstra managing a dead level 84% for both average and peak hour speeds. Dodo and iPrimus manage 83.5% and 81.8% respectively, while MyRepublic takes the wooden spoon with 82.6% average and 81.9% in peak times.

However, it's still a case of rising boats and tides, with the ACCC's report noting that there's an average rise of a single percentage point for average times across all carriers and two percentage points for peak hours.

If you're an HFC customer on the Telstra network, but not yet an HFC NBN customer (quite possibly because of NBN Co's HFC "Freeze" while it sorted out connectivity issues) then you'll have been aware that in order to get the most out of your HFC connection, and get the fastest speeds, you've typically had to pony up extra cash for what Telstra calls its "Speed Boost" package.

Not any more though with the telco announcing that existing HFC cable customers would get the speed boost for nothing while they wait for NBN connections.

It's a canny move on Telstra's part, as reported by The Sydney Morning Herald, because while it helps the telco deal with the backlog of connections waiting to get on the NBN, it also gets customers used to higher NBN speeds.

At current HFC contract pricing, customers won't see those 100Mbps HFC speeds unless – you guessed it – they pony up for another speed boost package once they're on the NBN properly.