Finder to the Node: Labor and the ACCC weigh in on the future of the NBN 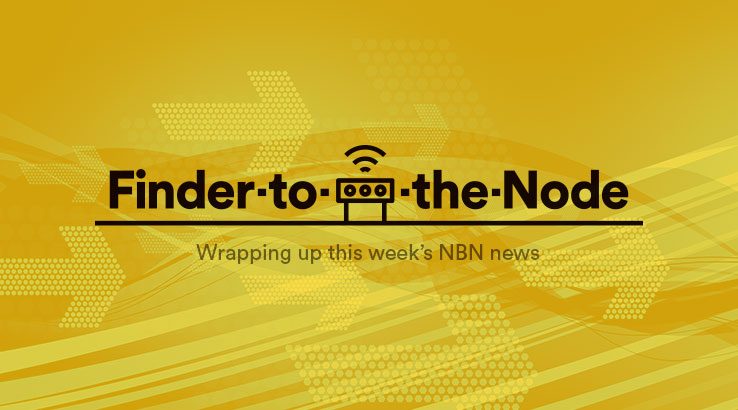 Now that the NBN is nearly finished, questions arise about what it will develop into in the future.

ACCC concerned about the lack of low-cost NBN options

We've seen in recent weeks that the number of available and affordable basic NBN plans, utilising a simple 12/1Mbps speed profile has been decreasing. TPG has stated that it will exit the market if they're not made affordable, and Vocus, owner of the iPrimus and Dodo brands has dumped its 12Mbps plans.

NBN Internet service providers (ISPs) blame the lack of discounting for those plans relative to the Standard Plus (50/20) and Premium (100/40) tiers, but it's not just the ISPs taking a critical look.

The ACCC has called for low-end NBN plan pricing to be anchored to current ADSL pricing, ensuring that consumers who opt for these lower-cost plans aren't hit by an effective price upgrade.

"We are now observing prices of low-speed NBN plans offered to new customers that are at least $10 per month higher than what consumers paid for equivalent ADSL plans," Rod Sims, ACCC Chair said at the Commsday conference.

The ACCC points to the current pricing structures for NBN ISPs, noting that the standard plans are now priced for ISPs at a rate that's not that far from the price they would pay for a 50Mbps service.

"We also believe NBN Co's entry-level services should be anchored to existing ADSL pricing. This is only fair to consumers because they have no choice but to move to the NBN as their existing services are being withdrawn," said Mr Sims.

Labor unveiled its election NBN strategy this week, and to the frustration of those hoping that it might unveil a fibre-everywhere strategy, it instead opted for a more sedate approach.

As reported by ZDNet, Michelle Rowland Shadow Communications Minister announced that Labor would launch an immediate inquiry into the economics underlying the current NBN, as well as implement measures that may mitigate NBN pain for some consumers — but not all.

Under Labor's proposal, up to 230,000 premises under the Fibre to the Node (FTTN) footprint would receive financial aid to upgrade in-home wiring, with the copper there often cited as a key brake on broadband speeds. Currently, having in-home wiring rectified attracts a $150 cost if undertaken during a standard NBN installation, but Labor would shift that cost to NBN Co, at a total projected cost of around $125 million.

While it's stepped back from committing to switching the network back to the nearly-full-fibre vision of a decade ago — Ms Rowland said that Labor had to "make the best of what we have" — Labor's policy would invest in trials to test the economic cost of rolling out new fibre installations to around 20,000 premises.

"These upgrade trials will focus on the fibre-to-the-node footprint, and will be used to test new methods and construction practices to reduce costs. The number of homes will be quite modest — estimated at 20,000 or less — but sufficient to provide reliable data," said Ms Rowland.

While the overall percentage of Australians in the NBN Fixed Wireless footprint is relatively low, it's long been clear that the issues around congestion for those using it as their access technology have been considerable.

NBN Co has long maintained that it's working hard to improve speeds on fixed wireless NBN, but as ITNews reports, it's also admitted that around 1 in 10 NBN Fixed Wireless Fibre and Microwave transmission links suffer unacceptable levels of packet loss.

While NBN Co has standards for what it considers "congested" on fixed wireless to mean — it's fundamentally when the average speed over 30 days per user drops below 6Mbps — the packet loss issue actually falls outside that scope, even though it can have an impact on overall user speed.

NBN Co says that it's urgently moving to alter its reporting standards to take additional factors into consideration to get a more accurate congestion picture, as well as fix the underlying issues.