Finder to the Node: Bye-bye to Basic speeds and farewell to MyNetFone 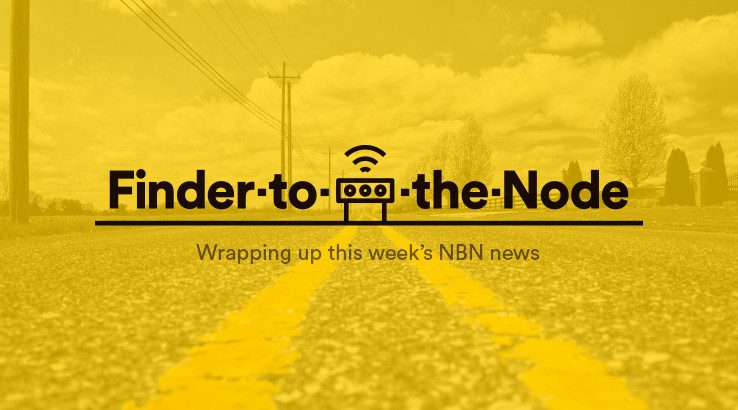 The cheapest tier of NBN service is about to get a lot less affordable.

Basic speed NBN plans may be on the way out

While there are technically four tiers of NBN speeds, only three of those tiers warrant classification as high-speed broadband connections. The lowest "Basic" speed tier has long been shunned by NBN Co as a sub-par solution due to it offering slower speeds than many ADSL connections, and now it looks like NBN Co wants to put the final nail in the Basic tier's coffin.

According to ITNews, NBN Co is set to expire the discount on Basic-speed services it has offered to telcos since the NBN's launch. For Aussies, this is likely to lead to one of two outcomes: either Basic NBN plan pricing will increase to compensate for the dropped discount or telcos will purchase less bandwidth for their Basic speed services. The latter option would result in users seeing slower speeds on Basic connections due to more customers competing for a smaller chunk of network resources – much like the congestion that occurs when highway lanes are closed.

The low cost of Basic speed NBN plans has seen them remain popular even as NBN Co has pushed for Aussies to upgrade to faster connections. Just this year, the ACCC reported that there are still 1.16 million Australians paying for a Basic service. With the death of wholesale discounts imminent, those Aussies are going to have to face the prospect of higher costs or lower speeds, neither of which is particularly attractive. Upgrading to a Standard or Standard Plus NBN connection is also an option, albeit one with an even steeper price tag accompanying it.

NBN scammers on the rise

Scam phone calls are nothing new, but it appears that the nefarious practice is exploiting unsuspecting Aussies in the market for a new broadband service.

As spotted by The New Daily, NBN Co has seen an 84% increase in Aussies reaching out regarding suspected scam callers since October 2018. These scammers identify themselves as NBN Co employees and attempt to sell folks a new Internet service over the phone. Their real goal, of course, is to coax bank or credit card information out of unwitting victims and use those details for all manner of insidious purposes.

Fortunately, it's relatively easy to protect yourself against these scams. NBN Co provides a few helpful tips on its website, but the most important thing to remember is that the real NBN Co will never call you to sell its services. That's because NBN Co is strictly a wholesale provider and only deals directly with telcos like Optus and Telstra. It's those telcos that sell NBN plans to regular Aussies, and they're the only ones that might contact you to sell NBN access.

"Protect yourself by verifying who are you are talking to," advises NBN Co Chief Security Officer Darren Kane. "If in doubt, hang up and call your retail service provider customer service centre to check if the call is legitimate."

MyNetFone calls it a day on NBN services

In what seems to be a troubling trend, another Aussie telco is abandoning the residential NBN market.

MyNetFone, a company that founded its business on providing phone services over the Internet, is returning to those humble roots with the imminent shutdown of its residential NBN plans. The move follows MyNetFone reviewing its NBN division and determining that it represents a "non-core" segment of its business.

Visitors to the MyNetFone website will find that the telco has already stopped selling NBN plans to new customers. Its existing customer base, meanwhile, has been sold to Southern Phone which will supply those customers with Internet service going forward. MyNetFone will be notifying customers ahead of the transition, and the whole process is expected to wrap up before the end of May 2019.

Without its broadband business, MyNetFone will be focusing its efforts on its Voice over IP (VoIP) phone service and the mobile phone service it provides under the PennyTel branding.