Finder to the Node: How do you vote for a better NBN? - finder.com.au

Finder to the Node: How do you vote for a better NBN? 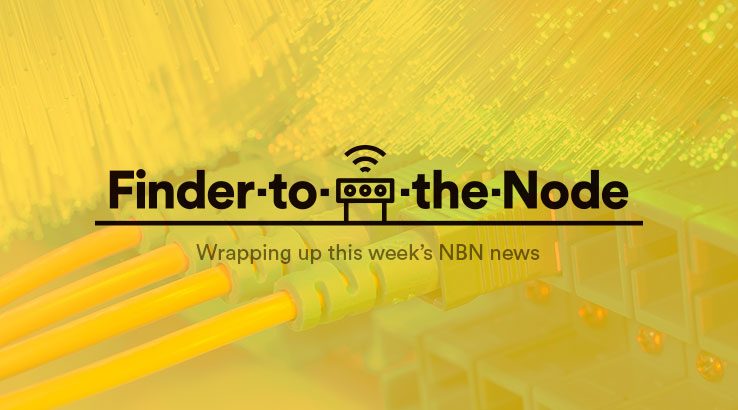 The Greens and Labor roll out their election NBN platforms while TPG threatens to drop its budget NBN plans in our round-up of the week's NBN news.

Ever since its inception the rollout of the National Broadband Network has been an intensely politicised matter, regardless of which side of politics you sit. We're in the end phases of the rollout of the Coalition's "Multi Technology Mix" version of the NBN, and just in case you weren't aware, there's a federal election looming in the very near future.

That means it's time for the political game of NBN football to get back to kicking, in this case kicking forth their visions of what you do with the NBN once it's completed.

For the Greens, that came via a release where Jordon Steele-John, Greens Senator and Australian Greens Digital Rights spokesperson stated that The Greens would work towards a "21st Century" NBN.

"The reality is that Australia is lagging behind the rest of the world when it comes to having access to reliable, affordable and high quality internet services," he said.

"The Coalition's Multi-technology mix has been a disaster that has left many people without reliable or affordable services, particularly in rural and regional areas. This is not what was promised, nor what Australia needs to ensure that our companies are able to remain globally competitive into the digital future."

The Greens policy platform calls for a $1.3 billion Federal Telecommunications Concession, $250 million towards an NBN migration program and to finish the NBN using "best choice technology", while keeping the entire business as a government owned enterprise.

For its part, Labor has declared that there's no easy way to make the NBN better, with Michelle Rowland, Labor communications spokeswoman giving a speech as reported by The Sydney Morning Herald in which she stated that "We won't be offering a quick fix. Nor will we be making promises we can't keep".

Ms Rowland highlighted the issues around NBN Co revenue as a problem.

"The irony of this situation is that the Liberal Party promised its multi-technology mix would be faster and cheaper, yet we now have a business model that is in more need of cash flows — but has less capacity to generate it because of inferior technology and higher costs."

NBN retail service providers (RSPs) have long complained about the costs incurred with providing NBN to consumers. We've recently seen both Telstra and Optus note their profits were down and blame NBN Co in part for that, and TPG has joined that chorus.

TPG's earnings from fixed line broadband through to 31 December 2018 dropped 4.8% in its most recent earning report. TPG puts this squarely in NBN Co's court, and as reported by the AFR, it's looking to potentially drop its most affordable 12/1Mbps plans. TPG isn't yet committed to the concept, but it's certainly raising a little noise in that direction in order to see if it can apply pressure.

"We believe that there is a sector of the market that is very price sensitive and it would be a great shame if TPG, which has always supported this part of the market, was to stop selling at this price point," said Craig Levy, TPG COO.

TPG wants the Federal Government to step in and order NBN Co to drop the price RSPs pay for 12/1Mbps connections, based on the way that bandwidth on lower-cost plans is charged. While higher speed plans are benefitting from current NBN promotions designed to entice consumers onto those more lucrative plan tiers, it means that the profits to be had from lower-speed being constrained.

NBN provider Activ8me has been hit with a $250,000 fine by the federal court for misleading advertising around its broadband plans. Specifically, it advertised a 100Mbps NBN plan for just $59.95 per month, but that pricing applied to a 12Mbps plan. Moreover, the advertising suggested that customers would pay no set-up fees, but that only applied if they took up a 12 month contract. If customers opted for a month-to-month contract, a $99.95 fee applied.

That kind of matter is a big no-no, and the ACCC took Activ8me to court over it. Activ8me has admitted that it was in breach of Australian Consumer Law, and will contact the 793 customers it acquired as a result of the advertising.

Delia Rickard, ACCC Deputy Chair said, "The misleading representations by Activ8me were blatantly wrong and misled hundreds of customers into signing up to internet services which were at a different price or speed than they expected."

"Businesses are warned that misleading customers will result in ACCC action and potentially serious consequences," she said.