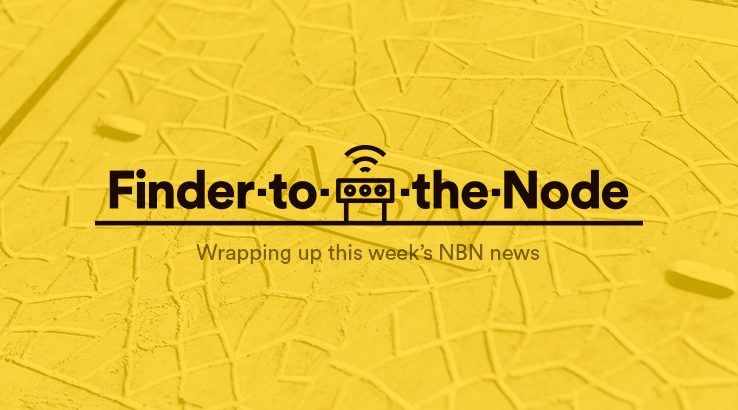 NBN Co is happy with its rollout numbers, but Australians are still slow to actually hook up to broadband services.

Nearly 75% of homes and businesses can now connect to NBN

NBN Co has been busy of late with the latter stage rollout process of the national broadband network, and this week it released figures stating that nearly 3 in 4 Australian homes and businesses are able to connect to an NBN service.

Which certainly suggests that the rollout is progressing to plan, although actual user numbers connecting to the NBN remains rather sluggish.

Those are premises where the primary NBN build work has been done in an area, but specific properties require further remedial work before a service can actually be physically connected.

That leaves 8,386,789 premises in the ready to connect column, which is where those 3 in 4 numbers come from.

However, of those 8,386,789 ready to connect premises, only 4,847,909 are actually activated premises – which is to say, premises that have signed up to some form of NBN plan.

As a reminder, from when NBN Co declares your property to be ready to connect, you've got around 18 months before existing broadband (and most telephony services, excluding satellite and fixed wireless) are disconnected.

Quigley opens up on "broken" NBN

Ex-NBN Co CEO Mike Quigley has long been an outspoken critic of the "multi-technology mix" NBN approach, and writing in The Monthly, he's let rip with a detailed analysis of where the MTM model is likely to head.

It's an interesting insight (but not a short read) from the inside detailing both the early history of the NBN rollout, its media coverage and why NBN Co didn't (for example) opt to integrate the existing HFC network into its build plans early on.

As the NBN rollout progresses, beware the scam callers

Connecting to the NBN involves a financial outlay on the part of consumers, and wherever there's money to be made, you can bet that (sadly) the scammers will come calling.

The Western Advocate reports on a case of a Bathurst woman scammed out of $1,000 by a scammer pretending to be from NBN Co, who fooled her into logging into her bank account "to test her Internet speed".

Other reports indicate that automated scam calls are also starting to use the NBN as a reason to incite fear into respondents, with the threat of Internet connection unless they speak to a call centre.

It's a timely reminder that NBN Co itself actually only deals with its internet provider partners, not directly to consumers. Outside certain special needs cases, such as where you're already registered with NBN Co for medical alarms, NBN Co won't contact consumers directly.

Australian networking communications company Netcomm has a long history in the Australian telecommunications space, including supplying modems used by many NBN internet providers, and before that a lot of ADSL consumer devices as well. It's announced that it is being acquired by US firm Casa Systems for an estimated price of around $161 million. The deal requires shareholder and regulatory approval, but is expected to be completed by June.

While Netcomm has its space in the NBN both at a modem and infrastructure level, it cited the potential of its 5G Fixed Wireless Self-Install technology as a key driver for the deal.

Steve Collins, interim Netcomm CEO stated that "Casa Systems have said that they are particularly impressed by our 5G Fixed Wireless Self-Install technology which they say complements their existing technology platform very well. The addition of our world-leading 5G Customer Premises Equipment technologies to their platform will enable a full end-to-end solution for operators looking to deploy 5G Fixed Wireless services".