Finder to the Node: How do you get renters on the NBN? 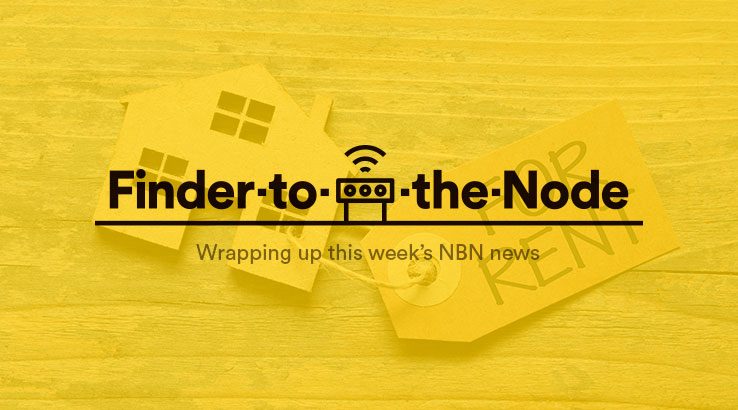 The National Broadband Network is intended to provide high speed Internet access to all Australians, and in recent times we've seen moves to shift more of us to high speed plans, as well as calls for more affordable plan offerings for low-income households.

That's fine if you're an owner-occupier, but the picture is much trickier if you're in a rental property. Your landlord may have issues with getting the connection wired up in the first place, and it may not make much sense to pay a hefty connection fee in a property that you're not going to be in over the long term.

As reported by Computerworld, NBN Co is working on a product designed to appeal specifically to renters in apartment blocks.

"The hypothesis is part of that is due to the transient nature of people that come in and come out, and to the extent that they need some connectivity it's reasonable to assume more of those people are using mobile," he said.

NBN CEO Stephen Rue has floated the idea of an always-on NBN connection with an easy sign-up process and possibly a "free" period when a renter moves in so that they can more easily sign up with a retail service provider (RSP) for NBN services.

As yet, though, the idea is still in the planning stages. So if you are renting, for now your best bet would be a month to month NBN plan, preferably with a low connection fee.

One of the issues that renters face when signing up for NBN services is the fact that a 24 month NBN contract might not gel nicely with a 12 month or shorter rental lease.

As of 26 February Telstra will drop down to just two plans on a month to month basis. You'll still have to pay off a compulsory modem over 24 months, although connection fees are dropping in return.

The sting for some users may come in the fact that optional extras, such as streaming services and set-top box bundling costs will be higher on those plans than under the current 24 month plan set-up.

Vodafone's pitch for higher-speed NBN customers came this week in the announcement of bundles for its $89 NBN 100 plan offering.

Sign up before 1 March 2019, and Vodafone will supply you with a Vodafone TV set-top box and Google Home Mini for free.

Like Telstra's plans, Vodafone's NBN plans operate on a month to month basis, but there's a compulsory modem that you have to pay off over 24 months as part of the deal.

Vodafone NBN isn't available in all areas and only for fixed line NBN services, but the company also announced expansion of its coverage zones, adding the following areas to its Vodafone NBN services recently:

HFC NBN rollout set to get back up to speed

The freezing of NBN HFC plans due to significant issues with the quality of the networks that NBN Co acquired from Telstra and Optus delayed access for thousands of Australians. NBN Co says that it's now on track to significantly speed up the release of NBN premises to its RSP partners.

As ITNews reports, NBN CEO Stephen Rue told Senate Estimates that "I think we will see around about 800,000 HFC premises being released from February to June. We haven't done too much this month so it will be 800,000 less what we've done, so maybe 750,000 from now. I expect that the months of April, May and June will be higher so they will be not quite 200,000 a month but just under that number for those months".

Last week also saw the release of both Telstra and Singtel Optus' financial results. Telstra's profits for the first half of 2018 dropped $500 million, while Singtel Optus saw a profit dip of $147 million.

Both Telstra and Optus put the profit dips down to the same core source, namely the rollout of the NBN.

ZDNet reports that Telstra saw the drop coming, with Robyn Denholm, Telstra CFO stating that they were "expected" due to the shift of customers off Telstra's ADSL infrastructure and over to the NBN.

That's much the same story Optus tells, with it citing a lower level of NBN migration payments as a key reason behind the profit drop.

Interested in a new internet plan? Check out the internet plans available at your address according to your budget.