Finder to the Node: Speeds are up (except on FTTN), but is NBN too expensive? 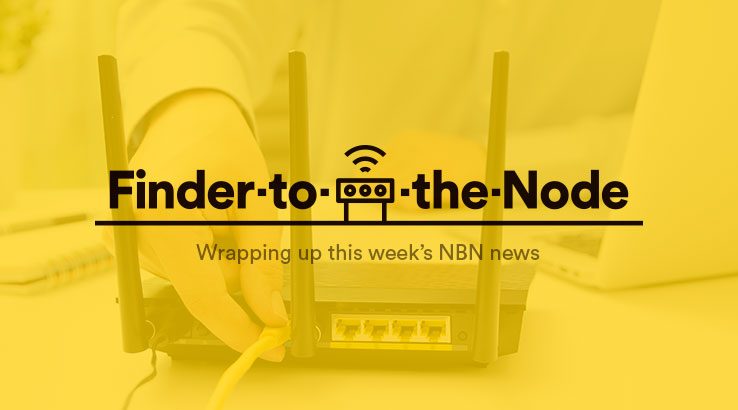 We're increasingly adopting faster NBN speeds – except when we can't.

NBN Co's "Focus on 50" promotion in 2018 was intended to shift the national speed profile upwards, by providing access to 50Mbps services to its RSP partners at the 25MBps price. That led to a slew of lower-cost 50Mbps plans.

It appears to have worked, with the ACCC's quarterly Wholesale Market Indicators Report showing that 2.7 million Australians are now on plans of 50Mbps or more, making them some 56% of the market as a whole.

It's an immense jump from the year prior, where just 159,000 consumers were on plans at or above that speed tier. Here's how the different speed tiers look as of December 2018.

In terms of internet providers of choice, Telstra remains the dominant NBN player, with 49.6% of the overall market. TPG runs second at 21.6%, with Optus in third at 13.6%.

Fibre to the Node speeds drag the average down

The wholesale market indicators report states that Fibre to the Node (FTTN) comprised 2,396,021 connections as of December 2018, well ahead of Fibre to the Premises (FTTP) at 1,323,876 connections. However, while more consumers may be taking up higher speed plans, those on FTTN connections still may not be able to enjoy the speeds they'd like.

Outside speed concerns, one of the key complaints consumers have had shifting to NBN plans has been the change in costs.

There's been consistent rumbling in recent weeks that the government should consider a write-down in the valuation of NBN Co, which would have a potential knock-on effect of reducing access prices. However, the Australian Communications Consumer Action Network (ACCAN) wants to look at the problem from another direction, pushing for a government subsidy for low-income households to access NBN services.

ACCAN's "No Australian Left Offline" initiative would seek for a $20 effective price cut on the average 50MBps plan, bringing it down to just $30 a month for a low income household. According to ACCAN's figures, the average household spends around 3.5% of disposable income on communications, whereas for the bottom 10% of income earners, it's just under 10% of their total income.

ACCAN CEO Teresa Corbin said, "Broadband is no longer a luxury; it is an essential service that should be accessible and affordable for all Australians."

"Low-income families are increasingly under financial stress, particularly when it comes to cost of communications. Over 15% of Australia's lowest-income earners haven't been able to pay their utility bills on time – it's clearly time for change."

The rollout of the national broadband network has been an immense task involving numerous contractors and a stupendous quantity of infrastructure work, but not everyone's happy with the way NBN Co has conducted itself when it comes to the actual installation work.

As the ABC reports, Pauline Lockie, Inner West councillor in Sydney is accusing NBN Co of making a poor effort at remediation when it comes to heritage-listed paths in Marrickville.

"These particular footpaths in Marrickville were laid during the Depression era ... by hand in a very labour-intensive way and with quite an intricate pattern," said councillor Mackie. "The NBN ... says they will essentially replace [the footpaths] like-for-like when the works are done, but we are not finding that is happening."

NBN Co states that the current state of affairs is a "temporary" restoration, and that it's up to NBN Co's contractors to do a full restore once all works are completed. The ABC quotes Amber Dornbusch, the head of NBN Local for NSW as stating that it was the contractor's job to see "that it's permanently restored to the same condition that it was before".

Interested in a new internet plan? Check out the internet plans available at your address according to your budget.