Finder to the Node: How much is the NBN really worth? 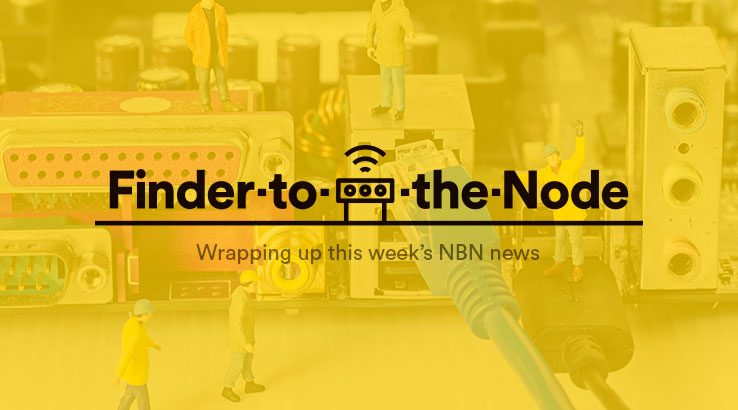 Write-downs proposed for the NBN, a new CFO and Optus' competitor 5G product emerges in our wrap of this week's NBN news.

There's no doubting the political football nature of the entire NBN process, but one constant feature of the build has been the idea that the entire company would be sold off in the future. It's allowed the build to stay off the budget books because it's due to be sold, rather than retained as a government service.

With the 2020 deadline for the conclusion of the NBN build looming, the questions around the eventual sale date and especially the price are coming to the fore.

Speaking to The Australian Financial Review, Michelle Rowland Labor's communications spokeswoman stated that it was feasible that a future government may write-down its investment in NBN Co, effectively lowering the sale price.

"There are some really tough choices on the technology and economics of the NBN and it presents a very challenging financial circumstance for the next government, whoever that may be. A write-down needs a trigger and it is not a decision for governments to make, but the possibility of that happening looks more likely."

However, if the value of NBN Co was to be written down, that could put budget pressure on the government of the day, as it would have to be accounted for under standard budget rules.

Finance Minister Mathias Cormann rejected calls for a write-down on the value of NBN Co, telling the AFR that the government was "not considering a write-down of its loan as there is absolutely no basis for such a write-down".

One potential effect of a write-down in NBN Co's value could be in lower broadband prices, as it would change the expected profit levels NBN Co is obligated to seek to meet its market valuation.

Labor's Rowland also flagged that Labor policy was for a wider outlay of fibre in place of copper in future NBN upgrades if elected.

The continuing flooding situation in Townsville has put considerable strain on all resources, including Internet connectivity. That's not so much a trivial matter when you consider that NBN connections take the place of standard telephone lines, as well as providing Internet-based communications through dedicated applications.

According to NBN Co, it has teams "working around the clock to manage the impacts of severe flooding in the upper Queensland region to help ensure the least disruption possible to the network", with a listed 2,258 NBN services impacted by the flooding.

The actual number may be higher, as NBN Co notes that more than 11,500 premises in the area are (at the time of writing) without power. Losing your electrical power is a fast track to having no NBN connectivity, after all.

If you're in part of the NBN build serviced by Sky Muster satellite, you're part of a small quantity of Australians where the existing copper telephone lines won't be decommissioned – at least for now – because the underlying technology isn't viewed as suitable for telephony purposes using VoIP.

Keeping the copper working requires an investment by its owners Telstra, with the pricing regulated by the ACCC until at least 2024. As ITNews reports, Telstra isn't happy about current pricing arrangements due to the rising number of metropolitan fringe areas being declared as Sky Muster satellite areas.

That's not economical, argues Telstra. "Some satellite services in particular can be found in metropolitan areas and this poses the very real prospect that we may need to maintain a large number of exchanges in metropolitan areas for a relatively small proportion of customers" it stated in regulatory filings.

The appointment of Stephen Rue as CEO of NBN Co last year left the broadband network builder without a Chief Financial Officer, as that was his prior role. NBN Co has finally filled the position, appointing Philip Knox to the role. Mr Knox has previously held CFO roles at APN Outdoor, the Garvan Institute of Medical Research and Austar.

NBN CEO Stephen Rue said in a statement that he was "delighted to welcome Phil to NBN Co at such an exciting stage of the rollout. Phil is an accomplished financial executive with extensive experience across the technology and media industries. Phil has an outstanding track record of delivery and hands-on experience across key financial disciplines that will be critical in the final two years of the rollout".

Optus revealed details around its first 5G services in Australia, with a 5G Fixed Wireless Home Broadband package that costs $70 per month with unlimited data. That pricing puts it squarely in line with many NBN service provider offerings, although you can't actually rush out and buy an Optus 5G Home Broadband service just yet. Optus is seeking expressions of interest from consumers willing to trial the service from mid-year in selected suburbs while it continues with the job of rolling out 1,200 5G sites by March 2020.

You can find out more about Optus' 5G Home Broadband plans here.

Interested in a new internet plan? You should compare your NBN options. Check out the internet plans available at your address according to your budget.