Finder to the Node: Pressure on NBN Co pricing models 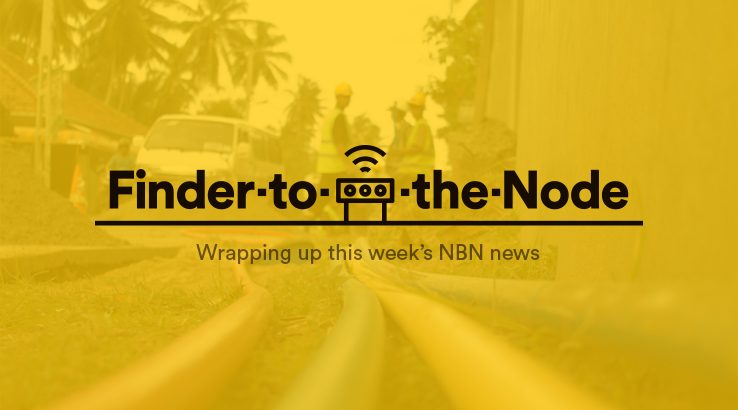 Pressure mounts on NBN Co to change up its pricing models in our round-up of the week's NBN news.

Telstra joins the anti-CVC brigade with a 5-point plan

The way that NBN Co prices the services it provides to internet providers — who then sell NBN access on to you — has long been a contentious one, with internet providers maintaining that the split between an access charge and the CVC charge makes it all but impossible for them to compete or make a profit.

It's a familiar tune, and it's one that Telstra is now singing, with CEO Andy Penn writing in a Telstra Exchange blog post that he'd like to see a substantial reworking of the NBN's pricing model.

Penn notes a Link Economics study that states that "Australia has the second most expensive wholesale broadband pricing in the world for 50Mbit and 100Mbit services".

"Wholesale broadband prices have more than doubled under the nbn and are set to go even higher. The consequence of this is that it is unprofitable for retail service providers to resell nbn at the current retail prices," says Penn.

So what is Telstra's solution? Penn has five points he's including in Telstra's submission to the NBN's pricing inquiry, as follows:

Figures currently suggest that Telstra has the lion's share of active NBN connections, so it stands to gain the most from a downwards shift in NBN pricing models.

It's a tricky path for NBN Co to follow, since its Federal funding model means it's expected to offer a return on the government's investment in its build process.

Aussie Broadband has long criticised the CVC pricing model, and its own submission to the NBN's pricing inquiry, as cited by ITNews, calls for the introduction of a 50% price cut for disadvantaged groups.

"We believe a large number of these customers use mobile services, which are cheaper than most current NBN product offerings but offer significantly less data" Aussie Broadband is quoted as saying by ITNews.

"If NBN Co were to offer a half-price bundle for disadvantaged groups, therefore allowing RSPs (retail service providers) to sell the product at half-price, a consumer would likely be able to access an unlimited data NBN50 product for $35-$39 per month."

Telstra is also facing a rather unwanted bill this week, with the ABC reporting on some 44 Telstra exchanges being hit by vandals, with some sites having to close due to exposed live wiring.

A Telstra spokesperson told the ABC that "All exchange sites are currently operational, however, some of these sites will have access restricted or be temporarily closed to all Telstra staff, contractors and customers until inspections have been completed and any safety issues are resolved".

It's not clear what prompted the wide scale vandalism, but if you're a Sydney Telstra NBN customer and your service has been patchy this week, that could well be part of the mystery.

Not quite sure which NBN plan is right for you? Take our NBN quiz to find out!