Finder to the Node: 10 million homes ready to connect to NBN | Finder 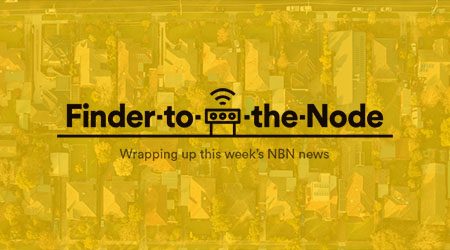 The end of the NBN build is fast approaching, so it's time to start talking faster speeds.

isp
NBN Co is patting itself on the back for reaching more than 10 million premises with less than a year's worth of the formal build process remaining.

To be specific, according to the most recent weekly progress report, NBN Co reports 10,560,891 premises in ready-for-service areas, although only 10,005,024 of those premises are marked as "ready to connect", meaning that they're able to contract with an NBN RSP.

NBN's focus for the last 12 months will need to switch to the last remaining full builds as well as to premises that were previously earmarked as difficult builds. It's worth noting that while 10,005,024 premises were ready to connect as of 18 July 2019, only 5,654,290 premises had actually been activated. This suggests that plenty of folks are still waiting out their typical 18-month window for disconnection from the legacy copper ADSL or HFC networks.

HFC hits near 1GBps, but only in specific circumstances

With the build process of the national broadband network reaching its end phase, NBN Co is also talking up the future prospects of the existing multi-technology mix. In field tests in Templestowe in Victoria, NBN Co says that it achieved trial download speeds of 994Mbps. In lab tests, NBN Co says it has achieved upload speeds of 988Mbps using DOCSIS 3.1. NBN Co has been testing DOCSIS 3.1 for a good long time now, with original plans calling for it to be actually deployed back in 2018.

All well and good and fast, right?

There are some pretty important caveats to bear in mind before you get excited about signing up for a 1Gbps NBN HFC plan. As always, the technology available to you depends on the location of your premises, so if you're in an area not serviced by the HFC network, you're plumb out of luck.

Then there's the circumstances of the test. While it was a field test in a consumer premises, it was performed with a direct layer 2 connection to the fibre-served point of interconnect. That means it was operating directly on NBN Co's own network, not the layer 3 network that an NBN ISP (internet service provider) operates on. It also means that there's significantly less of an issue of the shared spectrum that exists on an HFC connection.

Or in other words, while NBN Co has shown that it's technically feasible, there are still some pretty serious questions around the kinds of achievable speeds that an end consumer might see once ISP CVC provisioning comes into play as well as the general activity on the HFC network itself.

Then there's the issue of actual 1GBps plan pricing. As we've seen previously, very few Australians are actually signed up to 1GBps plans, and ISPs typically don't make it easy to do so. Ask NBN ISPs, and they'll blame the way that CVC pricing works for those higher speed plans makes them impossible to sell.

Amidst talk of 1Gbps fixed plans, NBN Co's "Sky Muster Plus" plans will soon be available for customers in the satellite footprint of the national broadband network, promising improved peak speeds and quota-free access for essential Internet purposes.

Leaving that (sadly) aside, as ITNews reports, SkyMesh is reporting typical speeds for Sky Muster Plus customers at 43Mbps, with some customers hitting speeds above the harder 50Mbps speed ceiling for typical satellite NBN customers.

That's good news if you do need the extra speed, although the additional premium charged by NBN Co for the plans means that they're also pricier than typical satellite plans, with SkyMesh expected to charge $74.95 per month for a 100GB Sky Muster Plus plan once they go on sale in early August.