Finder to the Node: Will NBN Co inflict a “Netflix tax”? 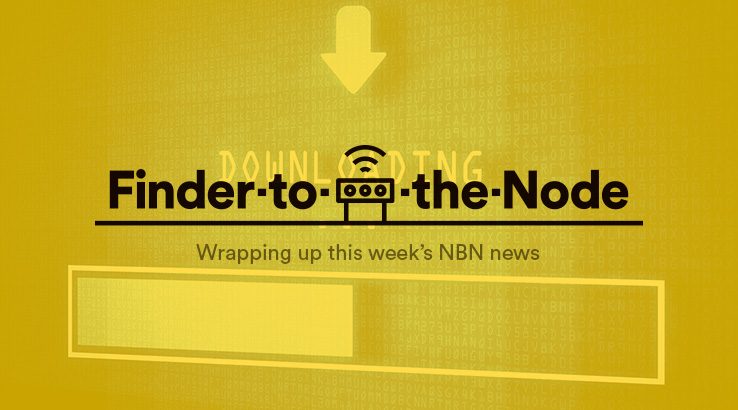 Network builder says that it's "seeking feedback" on how to best serve video streaming needs in our round-up of all the week's NBN news.

As first reported by CommsDay and then expanded upon by ITNews, NBN Co's current Wholesale Pricing and Product Review Consultation Paper is seeking industry feedback on how to manage the network and its pricing model in view of the heavy popularity of video streaming services.

By their nature, streaming services such as Netflix, Stan or Kayo can use a lot of data very quickly. One of the questions that NBN Co poses to its RSP partners is:

Now, this is just phrased in a question format to gather information from its RSP customers, but it raised the spectre of a separate charging tier for streaming video purposes.

For its part, NBN Co has been very busy trying to word its way around that interpretation, putting out a statement on Wednesday as follows:

"Our consultation is geared towards wholesale pricing and product mechanisms between NBN Co and RSPs. We are not working towards any pre-defined ideas, and the process is not about levying additional charges on customers. Instead, it is focused on continuing to evolve our wholesale pricing to reduce complexity for RSPs, help RSPs manage increasing demand, increase certainty for RSPs and ultimately achieve the objectives noted above.

In short, the paper is not angled at introducing a 'Netflix tax' or any other 'tax' on customers. Rather, at this stage, we are simply seeking input from industry on whether they believe video streaming is an area that requires attention and, if so, we are open to possible ideas they may wish to suggest."

The practical reality here is that there's simply not enough detail around NBN Co's thoughts, or indeed the responses that it's likely to get from its RSP partners.

Its statement isn't an outright denial that it could introduce such a charge, although it also raises the spectre of net neutrality in Australia. Currently, on fixed line NBN connections, there's no difference between the data packet carrying your email or one carrying a fragment of the latest episode of Stranger Things.

There's little doubt that internet providers want the CVC charges associated with NBN provisioning lowered to improve their own profitability. Streaming video needs add significant data overhead to the network, but in order to properly identify those streams, NBN Co would have to engage (at the very least) in the kinds of network traffic identification that it already employs for services such as SkyMuster Plus, where "essential" Internet services are identified and supplied quota-free.

It may well be that the concept of additional charging becomes rather stillborn simply due to the publicity it has received. We'll have to wait and see.

It's not all Netflix taxes and charging scenarios over at NBN Co HQ. The company popped a few champagne corks this week, patting itself on the back as it did so by announcing that it had beaten its 2019 financial year rollout targets.

According to NBN Co, its target for ready to connect premises by the close of June was 9.7 million, but it managed to hit 9.97 million in that time frame. Activated premises were also slightly up on forecasts of 5.5 million to 5.52 million. Although rather obviously, that leaves some 4.45 million premises that are presumably ready to hook up to an NBN connection that have yet to do so.

The ACCC is taking Optus back to Federal Court over a message it states was sent to 138,988 Optus Mobile customers, urging them to urgently switch over to Optus NBN pending disconnection. According to the ACCC, it urged them to "make the switch, before it's too late".

The problem here? According to the ACCC, those customers were already on the NBN with non-Optus providers, and there were no grounds for the claim.

"The ACCC has had to take action about Optus' advertising on several previous occasions, and it is concerning that we are again having to take them to court for alleged misleading statements about this issue," Sarah Court, ACCC Commissioner said.

ITNews quotes Andrew Sheridan, Optus vice president of regulatory and public affairs as saying that Optus "acknowledges the ACCC's action today and its mistake. Optus has apologised to customers who received the mistaken communication and offered a costless exit for those who took out the offer".

FibreCo Queensland launches to take on the NBN

While the Federal Government's proposed broadband tax for non-NBN services is apparently back on the radar, other government entities are working around the network builder.

The Queensland state government has launched FibreCo Queensland, opening up some 6,000km of state-owned fibre to deliver better broadband to areas of regional Queensland. It's a plan that's been on the cards for some time under the Palaszczuk government.

In a statement, Queensland Innovation Minister Kate Jones said: "We're unlocking thousands of kilometres of government-owned fibreoptic cable right around the state and partnering with the private sector to make this infrastructure available to ordinary Queenslanders."

"Not only will this provide a better service for people right across our regions, it will put downward pressure on internet prices outside southeast Queensland," Ms Jones said.

As with NBN Co, you won't deal directly with FibreCo Queensland. Instead, it will sell spare capacity on the government's fibre to RSPs who can then offer it to Queensland consumers.

"There's no denying that the Federal Government's National Broadband Network has fallen short. We hope this initiative helps to pick up the slack," she said.