Finder to the Node: Is NBN congestion finally over? 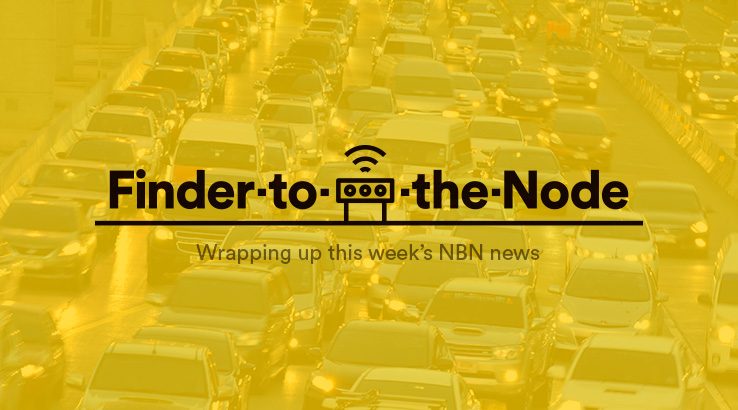 NBN Co says that it is already seeing less congestion in peak-hour usage times and greater demand for its higher speed plans after it slashed wholesale prices in December.

Chief executive, Bill Morrow, says that before the December promotion there were 140,000 customers on NBN's 50Mbps plan – its second highest speed package – but since implementing the temporary discount about 207,000 have signed on to the faster plan.

Morrow expects that number to grow to more than a million by June 2018.

"All signs show that the new wholesale pricing is working well and the more services we get on the higher speed products, the better."

It proves that consumers are interested in faster internet speeds so long as they are available at a reasonable price.

It's worth noting that the discounts in place only apply to the 50Mbps speed tier. NBN Co is expecting to implement wholesale discounts at the 100/40 Mbps tier later this year, so expect to see ISPs (internet service providers) roll out more competitive plans at the upper end of the speed tier pendulum at that time.

Interestingly, Morrow says that the dreaded peak-hour slow down in internet speeds experienced by many NBN customers has been significantly reduced.

Previously, there were, on average, seven hours in a week per customer that would be congested – particularly in the evening and towards the end of the week, Mr Morrow says.

"Now, with the change, we have seen from six or seven hours average a week to less than 30 minutes and that is before all of the migrations we are currently processing."

The controversial usage-based Connectivity Virtual Circuit (CVC) charge has long been a bone of contention between NBN and ISPs. Due to the expense of the CVC charge, compared with traditional DSL line rentals, many service providers have been purchasing limited capacity in order to protect margins, resulting in lacklustre speeds for consumers during peak periods.

NBN Co's decision to rejig its pricing structure meant that ISPs were incentivised with temporary discounts the more CVC capacity they purchased per user leading to a turnaround in peak speeds. The Australian Competition and Consumer Commission echoed this sentiment, stating that there had been a 37 per cent jump in the amount of capacity bought by retail service providers such as Telstra and Optus last quarter.

“We are pleased to see such a large jump in the CVC acquired by retailers from NBN Co this quarter. With this level of CVC consumers will have faster broadband speeds and hopefully less congestion during peak evening periods,” ACCC Chairman Rod Sims says.

“NBN Co’s response to retailers’ concerns about CVC pricing seems to have had an impact on the amount of CVC being acquired which we believe will benefit consumers through better quality broadband.”

“We hope NBN Co and retailers can continue to work together to ensure the level of CVC needed for a good customer experience is maintained,” adds Mr Sims.

HFC users left in the dark

NBN Co announced that 6.1 million premises can connect to the NBN. However, almost a million premises that should have been connected to the network via hybrid fibre coaxial (HFC) are still waiting on further work to be completed.

This number can be attributed to NBN Co's decision in November to halt sales of HFC services until the performance of the HFC network was improved. At that point in time, 700,000 premises were pulled back from a "ready to connect" status.

Morrow says that while the existing HFC network has been remediated, the company is still rolling out new HFC connections, which means the number of incomplete HFC connections will continue to climb.

"We have not stopped the HFC build," he says.

"That is continuing at pace and we are tracking well on declaring premises ready for service (RFS). Although ready to connect is what we care most about, ready for service is an important indicator of progress of construction."

According to Morrow, the company is not yet ready to reveal a timeline for completing work on the hybrid fibre-coaxial (HFC) portion of its network to address performance issues.

"We’re now conducting upgrade work to improve the service quality on HFC and it’s still too early to be specific on timelines for releasing this footprint, but we are progressing quickly and I look forward to updating you shortly," the CEO told a briefing on NBN Co’s first half results.

On the bright side, when the sales freeze is finally over, you should experience less dropouts and better performance overall, at least according to NBN Co.

"HFC remains an important part of our technology mix and we’re confident it will deliver the experience we all expect," Morrow says.