Finder to the Node: Fixed wireless gets speed boost, but some FTTN users are stuck in the slow lane 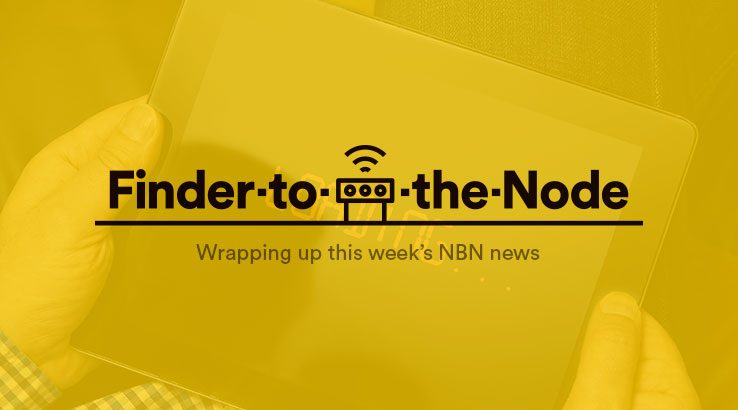 NBN Co announces significant speed boosts for fixed wireless, but not all its news was on the speedy side in our round-up of all the week's NBN news.

NBN Co to switch on faster fixed wireless broadband in 2019.

In July 2019, NBN Co will withdraw the 50Mbps Fixed Wireless NBN plans for wholesalers, in favour of plans that can peak up to 60Mbps down, although as always that's an "up to" figure that you're less likely to see during peak evening periods. Fixed wireless user speeds will get even better in 2020, when they will be boosted to 75Mbps. However, there's a small downside there for anyone in the fixed wireless footprint, because at that time, upload speeds will be halved to just 10Mbps.

NBN Co's position on this is that it matches up to what users are wanting from their fixed wireless connections.

Brad Whitcomb, NBN Co's Chief Customer Officer – Residential said that "The new wholesale Fixed Wireless Plus product is designed to reflect user demand with our insights showing people connected to the Fixed Wireless network are using their service with a ratio of 10:1 downloads compared to uploads".

NBN Co released figures around the quantity of users on the Fibre to the Node network who can't actually reach the minimum 25/5Mbps speeds once the coexistence period (the 18 month window in which FTTN has to allow ADSL users to switch over) ends.

NBN Co told the senate estimates committee that "as at 9 November 2018, the proportion of FTTN connections achieving speeds of less than 25Mbps after coexistence is 1.3 percent".

As ITNews notes, that figure equates out to at least 15,000 premises nationwide based on current activated premises, although that figure climbs much higher if you instead look at the number of services declared ready for service but not yet activated.

For customers unable to meet the minimum 25/5Mbps speed tier, NBN Co should provide an alternative access technology. But this may not be an upgrade per se, depending on the precise conditions around each premises issues, and especially if the issue lies within internal house copper cabling.

At the same time, NBN Co also announced that 84,930 premises in the FTTN/FTTB footprint were still "unserviceable". These are the harder installs that NBN Co has effectively shuffled to the end of the build queue, although the company is still sticking to the concept of completing the entire NBN build by 2020.

NBN tech didn't show up? You're not alone

Waiting around for an NBN technician to show up isn't anyone's particular idea of fun, especially if they don't show up at all. In its figures for October 2018, NBN Co states that 97% of connections meet agreed installation times.

It's a figure that's trending upwards, but as ITNews reported for the year ending June 2018, NBN technicians missed an average of 430 appointments per day, with just 91% of appointment times met to NBN Co's satisfaction.

NBN Co does face rebate fines if it misses an appointment to the tune of $25 per missed appointment, but that's a fee that's paid to your internet provider, not to you if they fail to show up.

Not sure which NBN plan is right for you? Take our NBN quiz!