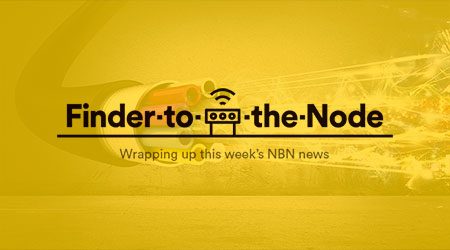 The ACCC looks into NBN standards, Queensland goes it alone on fibre and 5G networks come closer to reality in our round-up of all the week's NBN news.

The ACCC has been examining the service standards around wholesale provision of data on the NBN, and it has released a discussion paper outlining the current issues it has identified with the service.

The ACCC wants NBN Co to improve "the availability of service rebates and reporting under its current wholesale agreements with telecommunications retail service providers (RSPs)."

Roger Featherston, ACCC Commissioner said, "The improved NBN wholesale rebates terms will soon be in effect. We will be monitoring the impact of these terms to ensure they give the right incentives for NBN Co to meet its service level commitments and ensure that consumers are better off."

The ACCC is seeking responses to a total of 22 questions raised around NBN wholesale provision, including consumer safeguards, service speeds and rebates.

Queensland government opens up its fibre to compete with NBN

The rollout of the national broadband network hasn't been as rapid as anyone really wanted, and this week the Queensland state government announced plans to deliver improved fibre-based broadband to regional Queensland using its own fibre network.

Some 6,000km of state-owned fibre will be opened up for regional users in Toowoomba, Bundaberg, Rockhampton, Mackay, Townsville and Cairns to provide greater competition in the provision of Internet services.

"Currently, Telstra and Optus dominate the wholesale market in regional Queensland and this makes it harder for new players to get on the scene," said Annastacia Palaszczuk, Queensland Premier.

The project will be overseen by Kate Jones, QLD Innovation Minister, and she had little love to share for the NBN.

"For too long, regional Queensland has been getting a raw deal. The Federal Government’s NBN has been an unmitigated failure," she said.

From next year, businesses will be able to access a whole new range of "business nbn" plans as NBN Co unveiled its new wholesale discount bundles specifically for business purposes. These will provide committed bandwidth and higher speed connectivity options for RSPs to then provide to businesses with specific data needs.

The new plans will include options for wholesale 50/20Mbps plans for smaller businesses, 100/40Mbps plans with support for multiple phone lines for mid-sized businesses and a range of wholly symmetrical plans ranging from 20/20 all the way up to 250/100Mbps for businesses with more serious data needs.

However, there's no word on pricing for these new plans, with NBN Co (as always) leaving that up to the providers to set.

"NBN Co does not set retail prices, however our new wholesale discount bundles are designed to incentivise retailers to offer these business-grade services to improve customer experience on the network" said Paul Tyler, NBN Co’s Chief Customer Officer for Business.

"We’re committed to continually working with the industry to invest in our wholesale product and service suite such as our business-grade satellite service, which is due to launch in 2019 and designed to benefit regional and rural organisations," he said.

Ask any telco, and they'll tell you that 5G is largely a "complementary" technology to NBN, although most of them see more profit in running their own 5G networks than hooking up to the National Broadband Network.

However, that does involve significant investment, and this week the ACMA concluded its spectrum auction for 3.8GHz spectrum to be used in 5G networks from 2020.

All up, the auction led to more than $800 million being spent between Telstra, Optus and TPG/Vodafone, who used a joint venture as part of its merger proposal to bid on 5G spectrum. 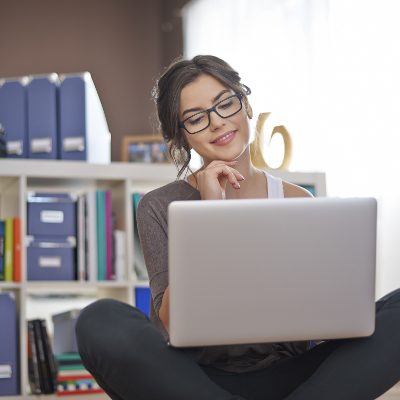 With Telstra and Optus both on the record as wanting to launch 5G first as fixed broadband type services, there's definitely scope for consumers to choose between 5G and NBN broadband provisioning. However, with neither carrier committing to price points for 5G fixed broadband services, and with that much money to be recouped, it seems likely that NBN may be the more cost-effective approach for most Australians.