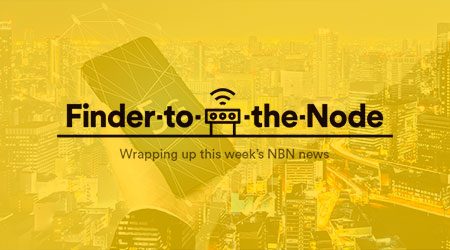 The ACCC sees 5G as an alternate route to fast broadband for low-capacity users as NBN Co launches its gigabit business services in our round-up of all the week's NBN news.

Will 5G make the NBN redundant?

For as long as the NBN project has been running, there's been an argument over whether fixed wired connections would be jumped over by mobile broadband. Physics has some pretty important interjections there, but with the emergence of 5G networks launching in Australia early next year, there's scope for some providers to switch from NBN provision to pure mobile broadband services.

That's the view of ACCC chair Rod Sims, who spoke at the ACMA's RadComms 2018 conference this week around the challenges to the NBN.

"Mobile broadband services may become more of a viable substitute for fixed broadband," he said. Maybe not for everyone, he noted, but for those users with less demanding needs.

"Of course, a family with three teenagers is highly unlikely to ever switch away from a high-speed fixed line connection. But there is an opportunity for wireless operators to attract those consumers who don’t necessarily want the high speeds and unlimited data offered by fixed service providers," he noted.

"This leads us to an interesting competition issue: what does 5G mean for the NBN? We will need to wait and see what happens when 5G becomes widely available and how markets react. What we must never do, however, is seek to restrain others in order to protect the NBN business model. This would be a disaster for consumers," he stated.

Sims noted that the proposed merger between Vodafone and TPG, and its agreement to jointly bid for 5G spectrum could also have significant effects on future 5G networks.

The big end of town gets gigabit NBN

Fixed line NBN plans from existing internet providers top out at 100/40Mbps — and that's at peak — for most consumers, with just a few internet providers intermittently dipping their toes into delivering faster services, usually as a promotional measure and in limited areas. NBN Co has also started rolling out DOCSIS 3.1 for the Hybrid Fibre Coaxial (HFC) portions of the NBN network, which theoretically makes gigabit plans available, but we're yet to see gigabit plans there.

However, if you're a business NBN user with reasonably deep pockets, you'll soon be able to get hold of gigabit NBN speeds over fibre in both download and upload directions, with NBN Co formally launching its enterprise-grade gigabit NBN services.

NBN Co states that these services will be provided on a built-to-request model with a "premium service-level agreement between NBN Co and retail providers to offer faster resolution of faults and to encourage retailers to offer an increased service experience for mission-critical applications."

“This wholesale product has been developed with the specific needs of global enterprise and government organisations in mind. It is capable of delivering the service required by businesses that use data-intensive applications such enterprise network systems and cloud-based solutions," said Paul Tyler, NBN Co's Chief Customer officer.

If your NBN connection goes down, it takes the phone line with it — unless you're a Telstra customer. Telstra this week took the wraps off its second-generation Smart Modem for Telstra NBN services. Telstra's existing smart modems, such as the Gateway Frontier, offer 4G fallback for data, but they'll now also fall back onto the 4G network for fixed line phone calls.

Telstra's 4G speeds in fallback mode are very modest, topping out at around 5Mbps down, but the impact of voice calls on the 4G network should be nowhere near as dramatic. You'd most likely get mobile quality reception during an NBN outage, but that's got to be preferable to having no phone line at all if you're part of the community that still relies on having a phone line.