Finder to the Node: NBN increases transit speeds as the ACMA steps in to protect consumers 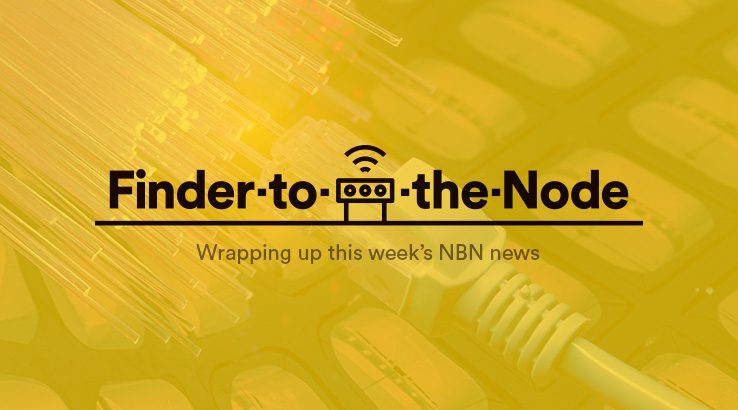 NBN Co announces a big speed upgrade while the ACMA finalises its rnules around how consumers are provided NBN plans in our round-up of all the week's NBN news.

The ACMA has finalised its rules around how internet providers have to deal with customers migrating to the NBN, and particularly around what happens if connections fail to work. There have been plenty of headlines around how NBN connections have failed and internet providers and NBN Co have spent time passing blame, but under the new ACMA rules, you shouldn't be without service for anything more than three days.

Specifically, the new rules state that internet providers must do the following:

Nerida O’Loughlin, ACMA Chair said in a statement that "For some consumers, an acceptable arrangement might be an uplift in their mobile data allowance; for others, it might be a billing rebate or payment to help cover the data charges."

The ACMA will now be in charge of enforcing the new rules, with telcos potentially on the hook for up to $10 million in penalties if they fail to comply.

NBN looks to the future with faster fibre links

NBN Co announced this week that it has switched on a major upgrade to its transit network, raising the maximum capacity up to 19.2Tbps per fibre link from the previous peak of 9.6Tbps.

Before you start wondering about faster NBN plans, this is in order to meet existing customer expectations, with the first rollout between Eastern Creek in Asquith and Sydney and a somewhat longer link between Brisbane and Darwin. That link is intended to boost capacity for NBN Sky Muster satellite customers when it goes online in December.

NBN Co's Kathrine Dyer said that. "This upgrade will ensure we can continue to deliver a reliable and high-quality broadband network for our wholesale customers even as high-bandwidth applications and the growth of internet usage continue to drive demand for network capacity."

NBN Co says it will then slowly roll out the upgrade across the nation. As always, the capacity that NBN Co has on the network only relates to your actual usage in terms of the quantity of capacity your internet provider actually purchases, so it's wise to check its typical evening speeds to get a realistic view of what you're likely to actually get on a given connection.

NBN customers on Fixed Wireless are long used to service variability, thanks at least in part to the nature of physics around broadcast broadband.

Telstra has recently updated its expectations for peak evening speeds on fixed wireless NBN, and the news isn't good. As IT News reports, Telstra's shifted from suggesting that around 50% of its customers got more than 5Mbps during peak evening periods down to typical evening speeds expressed as between 2-5Mbps download.

That kind of speed is just, barely enough to stream standard definition Netflix, presuming that you get a stable connection, but users can probably expect buffering at least some of the time. Telstra's no doubt wanting to avoid the wrath of the ACMA by more accurately stating what it's delivering to its NBN customers, especially as it now holds the lion's share of all NBN-connected consumers.

While it's busy increasing transit network capacity, NBN Co is also looking to shift much of its network operations over to software in an effort to simplify its internal networking processes. As reported by IT News, the company posted an advertisement for a "general manager of network and IT simplification" in order to reduce operating costs overall as it shifts to a more "programmable" network.