Finder to the Node: ACCC cracks down on the word “unlimited” and Telstra gains market share 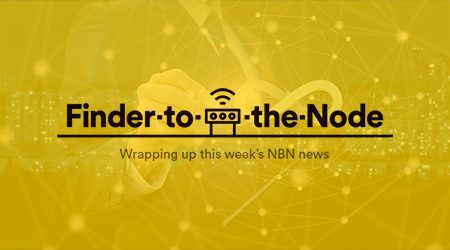 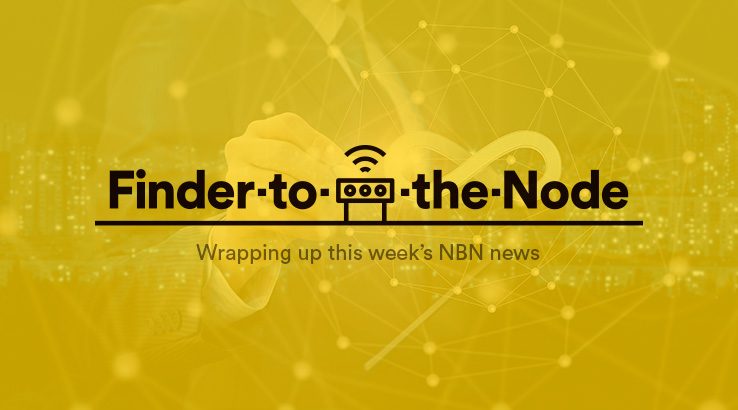 Telstra's getting an even bigger slice of the NBN pie at the same time as it's being reprimanded by the ACCC over its "unlimited" mobile plans in our round-up of the week's NBN news.

ACCC warns telcos about the use of "unlimited" in advertising

It took a little while, but the ACCC has finally come out firing against telcos using the word "unlimited" in advertising for mobile plans. Unlimited mobile data plans have been the hot story of 2018, with Optus kicking off with its own trial launch of unlimited plans, followed by Vodafone and Telstra in quick succession.

Telstra now calls its plans with data that just doesn't end its "Peace of Mind" plans, while Vodafone's preferred messaging is to talk about "data at no extra cost at speeds of up to 1.5Mbps", making it rather more explicit.

That's likely to be to the ACCC's taste, with its release this week noting that previous "headline claims were, in most cases, qualified with disclaimers that were not sufficiently prominent or clear to explain to consumers the existence and impacts of the limitations, in the ACCC’s view."

Rod Sims from the ACCC is quoted as saying that "Telecommunications companies should be wary of using absolute claims like 'unlimited' where that does not give a true picture to consumers of what is being offered.

"We have taken a range of actions against telecommunication companies for misleading consumers. It is about time they showed more respect for their customers and the Australian Consumer Law."

The spectre of unlimited plans on mobile did have some questioning the ongoing viability of the NBN project as a whole, but as it stands right now, there's a sole "Unlimited" mobile plan in the regular Australian marketplace, and that's Telstra's rather pricey $199 Ultimate Plan. Comparatively, if what you want is unlimited data, you can score that on a fixed line NBN plan for around $60-$80 per month.

Telstra customers on business DSL connections theoretically had until 12 November to migrate to either NBN or non-NBN connections, but at nearly the last minute, as IT News reports, Telstra is seeking to delay the transition period through to 29 January 2019.

Telstra's position is that it wants to defer until after the Australian holiday season, and that it's driven "by a concern to minimise the potentially disruptive impacts of disconnections activity on affected end-users and move the required activity to a time when it can be sensibly managed" according to its regulatory filing.

Rival internet provider Aussie Broadband isn't having a bar of it, asking the ACCC to reject Telstra's proposal on the grounds that it's had sufficient time to prepare.

Phillip Britt, Aussie Broadband’s MD told IT News that it was "a bad idea".

90% of NBN connections are with just 4 internet providers

One of the key ideas behind the NBN, beyond spreading high speed Internet access across our fair brown land, was that it would serve to shake up the at-the-time effective Telstra monopoly on broadband services. Challenger brands pre-NBN did have some infrastructure to utilise, but by and large, the odds were that you connected to a Telstra ADSL exchange at some point.

However, as it stands, it looks like while the NBN has split broadband market power a little, it's not by much.

As IT News notes, 90% of all active NBN connections are with either Telstra, Optus, TPG or Vocus. Only two years ago, Telstra, Optus and TPG combined only had around 83% of connections, and Vocus's share was very small compared to the larger players.

Telstra's easily the biggest of the bunch, with a claimed 1,946,000 connections according to its financial reports. To put that in focus, NBN Co is claiming a total of 3,945,543 active connections excluding satellite customers.

Or in other words, after nearly a decade of NBN building, the big Australian telco is still quite big.

What do you do with an ugly NBN node?

If you're in an area serviced by Fibre to the Node (FTTN) NBN, one of the most prominent features of the build will have been the local fibre node servicing hundreds of homes. They're big, they're green and, as CNET recently noted, some of them get crashed into a lot of the time.

It's an ugly situation, but it doesn't have to be that way, at least in terms of how the nodes themselves actually look.

In Moree, rather than letting the nodes become gathering places for graffiti, the Moree Champion reports that the local secondary college is designing artistic wraps in order to beautify 15 local nodes. So far, there's no reports of them being crashed into, just made prettier for the entire community.