Finder to the Node: New CEO, FTTC choices at cost and 75% complete 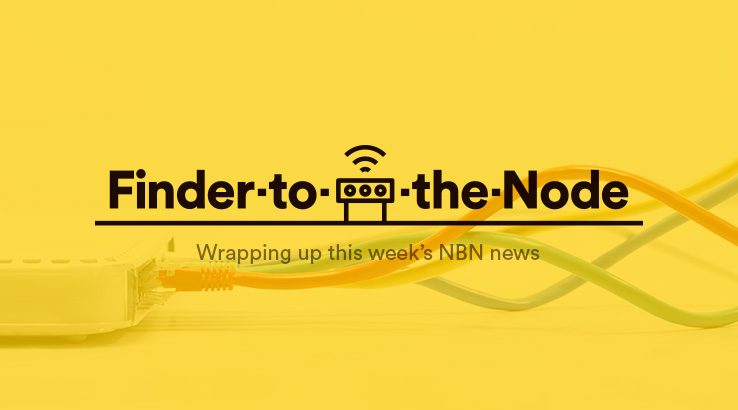 NBN build hits 75% as NBN Co unveils a new CEO and upgrade paths for frustrated FTTN customers in our round-up of all the week's NBN news.

NBN Co told a Senate Committee that it will allow customers on fibre-to-the-node (FTTN) to upgrade to fibre-to-the-curb (FTTC) under its Technology Choice program.

The much maligned FTTN uses the existing underground copper network to the nearest node which can be as far as 1.5km away, opening it up to variabilities in speed and reliability. However, it is less costly then rolling out full fibre all the way into people's homes and, as such, almost 40 percent of premises will be connecting to NBN's network over FTTN.

FTTC takes fibre all the way to the driveway as opposed to a node and then uses the existing copper line to connect the home to the network. As a result, FTTC is capable of significantly faster speeds, delivers a more reliable Internet connection and is less expensive to deploy than FTTP, but only 1.5 million premises have been earmarked to receive the new technology.

Under the Technology Choice program, individuals can elect to pay the cost of upgrading their pre-designated NBN connection to something faster, but the only option currently available to FTTN customers is upgrading to a full fibre FTTP connection which, as most have come to realise, is a prohibitively expensive exercise. Despite this, the majority of applications filed under Technology Choice are from FTTN customers.

With NBN Co confirming plans to give FTTN customers the option to upgrade to FTTC in the near future, it should make it more affordable. However, as NBN Co's Chief Network Engineering Officer Peter Ryan points out, the cost to the customer will still vary based on how far the premises is to the node.

“In an FTTN area we have to bring fibre outside the house in order to deploy FTTC. So, therefore, it depends on the distance from that house back to the nearest point of NBN fibre, which is typically back at the node. Hence that distance will cause the cost to vary.”

NBN Co wouldn't commit to a specific time frame as to when the FTTC option will be made available to FTTN customers under its Technology Choice program other than saying that "it's just a matter of time".

The FTTC rollout itself is behind schedule with NBN Co missing its numbers by almost half in the last financial year. The network builder had anticipated 300,000 premises in the FTTC footprint ready for service by the end of June; however, the company only hit 58 percent of its target.

The rollout of the National Broadband Network continues to march on with the network builder declaring that 7.1 million premises are ready to connect to the network with 4.2 million having done so at the end of July. Of the 4.2 million that are connected, almost half are on 50Mbps speed plans or above.

NBN Co claims that it is fixing faults with internet providers within agreed restoration time frames 90% of the time in June 2018, which is up from 70% in June 2017. The network builder also reports that bandwidth congestion across the National Broadband Network (excluding its Sky Muster satellite service) is down to 28 minutes per week per premise.

NBN Co boss, Bill Morrow, reiterated that despite some delays, it was still on track to complete the build by 2020.

“We listened to consumers and industry and put end-user customer experience at the heart of all management decision making. This resulted in some short-term delays in the build and activation schedule against our 2018-21 Corporate Plan, but we know the network is in better shape today than it was a year ago."

"Given the unique nature of the NBN access network and the Australian telecommunications environment, with the end of the build phase only two years away, the Board concluded that an internal candidate with firsthand experience of driving change and improvement throughout the company would be best placed to help ensure all Australians have access to fast broadband by 2020," NBN Co said in a statement.