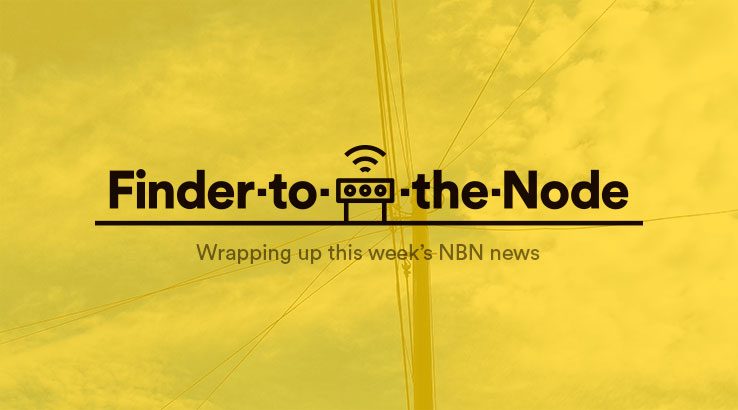 Australians looking to get the best possible speeds, particularly between the crucial peak hours of 7pm and 11pm might want to consider Aussie Broadband and avoid MyRepublic, at least according to ACCC's latest broadband speed data.

Aussie Broadband customers on average achieved 88.3% of their maximum plan speed during the busy period. This means that a user subscribed to 100Mbps download plan would receive, on average, 88.3Mbps speeds while a customer on a 50Mbps plan would achieve 44.15Mbps. This is the first time that Aussie Broadband has been included in the ACCC's speed monitoring program.

MyRepublic handed in the lowest average download speeds during both the busy period (74.4%) and overall (79.5%) out of the six different service providers that were tested. MyRepublic's performance was more consistent when it comes to delivering upload speeds, achieving 79.8%.

TPG, who previously topped the charts came in second with 85.6% download speeds during the busy period. iiNet dropped 5.2% but was still the third fastest in download speeds with 83.4%. Optus showed the most improvement, jumping to fourth place with 83.3%. Meanwhile, Telstra's average speed dropped 8.2%, with an average of 79.9%.

The results suggest that there is still a considerable disparity in performance between internet service providers (ISPs) with the best recording 88.3% (Aussie Broadband) and the lowest recording 74.4% (MyRepublic) of maximum plan speeds.

However, in general, speeds did not reduce significantly in the busy hours (7–11pm) with speeds for most ISPs about 1 percentage point below speeds recorded across all hours and the download speeds for MyRepublic reducing by 5 percentage points.

More concerning is that the ACCC's latest round of speed tests shows that “a minority – but nevertheless significant – number of tests (7.4%) failed to achieve 50% of the ISP's plan speed”.

“We urge providers to help customers obtain the full speeds associated with the plans they are acquiring. We also expect ISPs to inform customers of the speeds achievable on their network connections, and better match the plans they offer to those speeds. The recent court enforceable undertakings accepted by the ACCC will help with this,” Mr Sims said.

The averages were drawn from over 145,000 download speed tests conducted during the month of May – more than doubling the number of tests performed during March of this year.

It's worth noting that the sample size is still very small at a little over a 1,000 volunteers and the tests are limited to fixed-line services and do not include satellite or fixed wireless NBN services where network congestion has been a real pain point.

Still, the results do at least suggest that service providers are by and large handling network congestion better than before owing to NBN Co's recent moves to reduce wholesale prices and increase bandwidth on higher speed tiers.

Complaints to the Telecommunications Industry Ombudsman (TIO) for participating service providers have improved by almost 20% in the most recent quarter of April – June 2018.

Optus saw the most number of customer complaints referred to the TIO followed by Telstra and Vodafone respectively. Smaller service providers, such as Pivotel and amaysim had the lowest number.

Communications Alliance CEO, John Stanton, said “The past year and a half has been challenging for the industry, leading to difficult moments for some customers, but this result – along with improved customer satisfaction results detailed below – shows that the commitment industry has made to improving customer experience is beginning to make an impact.

“Every single participant in the Complaints in Context report achieved a decrease in their ratio of new complaints to services in operation, and I congratulate each of them on their successful efforts."