Finder to the Node: Will new rules make NBN transitions easier for consumers? 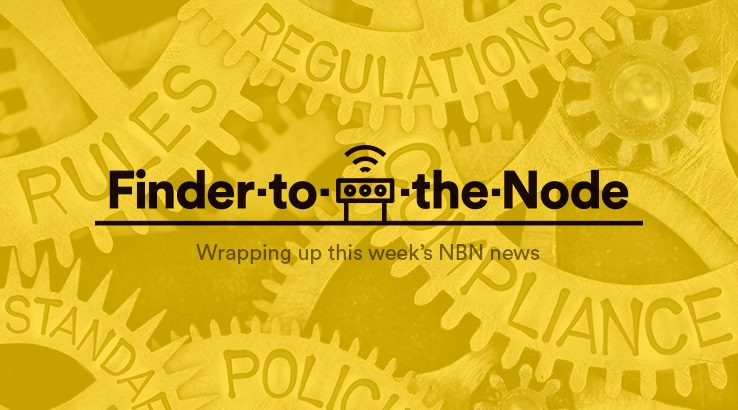 Stringent new rules for NBN ISPs are put into place while another provider falls foul of the ACCC in our weekly round-up of NBN news.

MyRepublic has been fined $25,200 by the ACCC for making misleading representations about its NBN speeds.

Between December 2017 and April 2018, MyRepublic marketed its NBN services using statements such as "up to nbn100 Speed Tier" and "nbn 50 Speed Tier" on its website with "fine print disclaimers" that ACCC argued were "ineffective as they were not prominent and did not provide clear information."

"We were concerned that MyRepublic’s use of the NBN speed tiers misled consumers to believe they would get broadband speeds of, or close to, 100Mbps and 50Mbps during all or almost all of the time, when that wasn’t the case," ACCC Commissioner, Sarah Court, said.

"NBN speed tiers indicate the maximum performance of a broadband service but a number of factors, including congestion during busy periods, affect the actual speeds consumers will experience," Ms Court said.

"When choosing between broadband services, consumers need accurate information about the performance they should expect, particularly during busy periods. We’ve been very clear with broadband providers about this and reference to the NBN speed tiers alone is not sufficient."

While many internet service providers (ISPs) publish typical speeds that users might expect to see during the busiest time of the day as per the marketing guidelines that the ACCC created late last year, others such as MyRepublic don't. Instead, they simply say that speeds on all NBN services are "variable".

Other ISPs such as Telstra, Optus and TPG have previously been fined by the ACCC for selling NBN plans at speeds that customers were technically incapable of achieving.

The Australian Communications and Media Authority (ACMA) has released the final set of new rules that telecommunications companies will need to follow in an effort to make the transition smoother for customers switching over to the NBN.

New ACMA rules will require telcos to do the following:

ACMA defines an acceptable arrangement as either an uplift in the affected customer’s mobile data allowance or a payment to help cover the additional data charges.

While under the new rules the ISP will be required to perform a speed test on the customer's NBN connection to ensure they can actually deliver on the speed promise, the onus will be on the customer to report any issues if they are using their own supplied modem and not the ISP's as pointed out by Fairfax Media.

The rules are a part of the Service Continuity Standard which comes into effect on 21 September. It is in addition to the previously announced rules which require service providers and NBN Co to not disconnect existing services until a customer's new NBN-based service is working.

The Service Continuity Standard was in response to the almost one-in-six households who were left without a working Internet connection when moving to the NBN. According to ACMA, the interruption for one-in-ten households was more than two weeks.

The new rules will be directly enforceable by ACMA and, where breaches are found, allow ACMA to commence court proceedings seeking remedies such as injunctions and civil penalties of up to $10 million.

Despite one-in-three Australian homes and businesses now being connected to the NBN, Australia ranks in 54th place in a list of 124 countries when it comes to broadband speeds for the month of June compiled by Ookla's Speedtest.net.

Despite improving its average download speeds during the past year from 23.91 to its current average of 30.82 Mbps, Australia has yet to crack the top 50 and remains in the company of countries like Puerto Rico and Kazakhstan. Singapore continues to top the charts at 180.57 Mbps.

Countries that have a bigger land mass than Australia also beat our average download speeds of 30.82 Mbps by a fair margin.

The monthly rankings are based on the average download speeds of at least 3333 unique user results on speedtest.net.