Finder to the Node: As fixed wireless fails, Aussies look to crowdfunded broadband 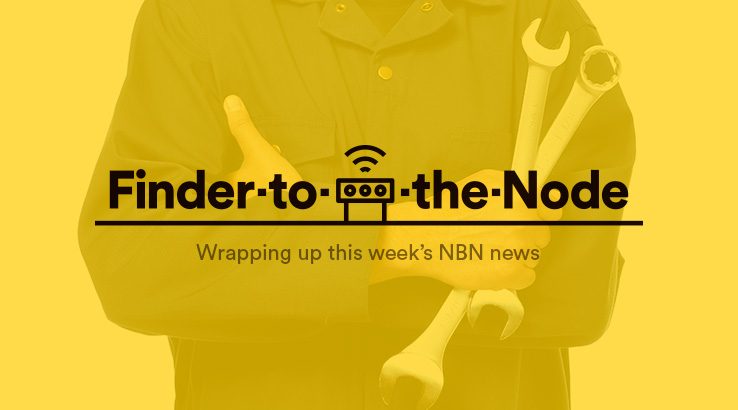 Read about DIY approaches to NBN connection woes while NBN Co blames early expectations for fixed-wireless problems in our round-up of this week's NBN news.

Regional NSW town to crowdfund their own broadband network

Residents at Kangaroo Valley, a small town located 150 kilometres south-west of Sydney, have banded together to crowdfund their own broadband network after being let down by NBN's fixed wireless and satellite services.

Project lead, John Sinclair, told the ABC that he plans on leasing a fibre-optic line from Nowra to Sydney in addition to deploying up to ten base stations to distribute the connection throughout the town. Mr Sinclair says that the local community has already pitched in $90,000 of the requested $120,000 with residents forking over $1,000 each to get the project off the ground.

According to Mr Sinclair, "each subscriber gets a professional installation, all of the equipment and three months of unlimited internet".

One of the supporters of the town's proposal to build its own broadband network is cafe owner Monique Maul who said her business lost Internet access so often that it had threatened thousands of dollars in sales.

"This one time where the whole place was packed and there was no internet, I looked at all the sales owing to me, it was $1,000, and instantly I go into panic mode," she said.

"I don't like to put all of my eggs in one basket, but for the general success of every single cafe, every single retail business in our tourist-based village, we need to have internet that's 110 percent reliable," she added.

Mr Sinclair says the crowdfunded connection will be quicker and more reliable than NBN's fixed wireless and satellite services in addition to the mobile broadband and ADSL connections that the town currently has access to.

"There's a mobile phone base station tower here so people can get mobile broadband, but that's limited to having enough signal strength to do that. There's NBN fixed wireless which is mainly the village, and of course there's NBN satellite which leaves very much to be desired."

In response to the Senate Estimates Questions on Notice, NBN Co revealed that almost 28% of its fixed wireless towers have seen take-up rates at least 2.5 times higher than what the network was originally designed to withstand.

"The fixed-wireless network was being designed with an assumed take-up rate of just over 20%" NBN Co said.

The network builder said that as of June 18, it had 549 fixed wireless towers that have a take-up rate of more than 50%.

The fact that NBN Co underestimated the uptake rate on its fixed wireless network by such a substantial margin explains why users on the network have been plagued by poor performance.

“Congestion has predominantly arisen within areas where the fixed wireless service has been available for several years and reflects both high take-up and changing usage patterns," it said.

“NBN Co is working systematically to provide capacity relief across the range of congested cells."

The network builder said it is proactively informing specific households that will be impacted by cell capacity upgrades.

The congestion issues have so far forced NBN Co to axe plans to launch a 100Mbps service tier for fixed wireless users and to also consider implementing a fair use policy that would cap download allowances.