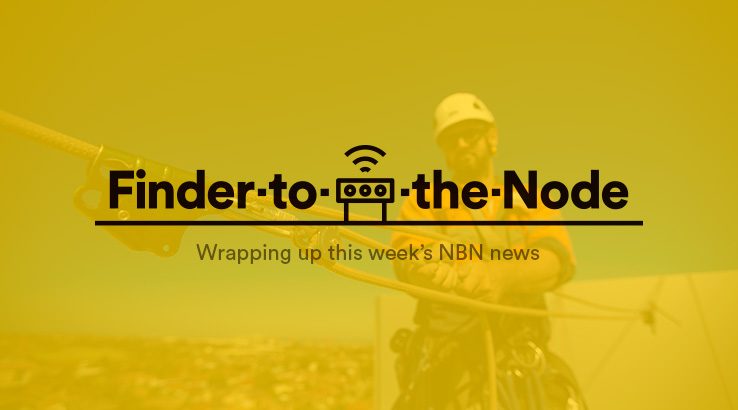 NBN Co pats itself on the back for being nearly complete in regional areas, while figures suggest few opt for faster upgrades in our round-up of the week's NBN news.

NBN Co announced that four million homes and businesses have active services on the national broadband network and that more than half (58%) hail from regional and rural Australia.

The network builder claims that its regional rollout is almost complete, with work at 99.92% of these premises underway with the exception of "remote offshore islands, complex rural sites, and some government premises".

NBN Co's CEO, Bill Morrow says that the early prioritisation of the rollout in regional areas is closing the digital divide between the city and the bush.

"We have seen a massive improvement in regional internet access, with our wholesale broadband services offering more competition, faster speeds and even giving some Australians internet access for the first time.

"Our research shows that this connectivity revolution is spurring rapid growth in the digital economy and regional businesses, which may lead to further migration away from cities to regional hotspots. For example, we have seen Newcastle diversify itself from a focus on steel to tech start-ups and similar pivots in mining towns like Ballarat."

It's worth noting that the vast majority of non-metro areas are connected to the NBN via fixed wireless, which has been plagued by performance issues. Bill Morrow last month said that the company is considering implementing a fair use policy that would cap download allowances for customers on fixed wireless while also confirming that it had killed plans to offer 100Mbps speeds.

NBN Co still has some work to do when it comes to instilling customer confidence in their network with almost three million premises choosing not to make the switch to the NBN.

Mass upgrade of NBN connections at less than 1%

New figures released by NBN Co reveal that less than 1% that apply for a mass upgrade of their NBN connections under the network builder's "area switch" program actually go through with it.

Out of the 358 "area switch" applications that NBN Co has received since July 2012, only 3 have gone ahead.

NBN's "area switch" program enables councils and corporate bodies to upgrade their town or multi-dwelling units to a faster NBN access technology such as from satellite to fixed-wireless or from fibre to the node or basement (FTTN/B) to fibre to the premises (FTTP), provided they are willing to foot the bill for the upgrade.

While the number of applications is on the rise, the high cost estimates provided by NBN Co are putting off many from going through with the upgrade.

A Melbourne man recently accused NBN Co of intentionally inflating prices after he was quoted up to $1.2 million to upgrade his fixed wireless connection.

But not everyone has shied away.

One customer in the small western Queensland town of Shaw paid more than $217,000 to have his home switched from NBN's fixed wireless to the top access technology, fibre to the premises (FTTP).