Finder to The Node: Are heavy users sinking the NBN? 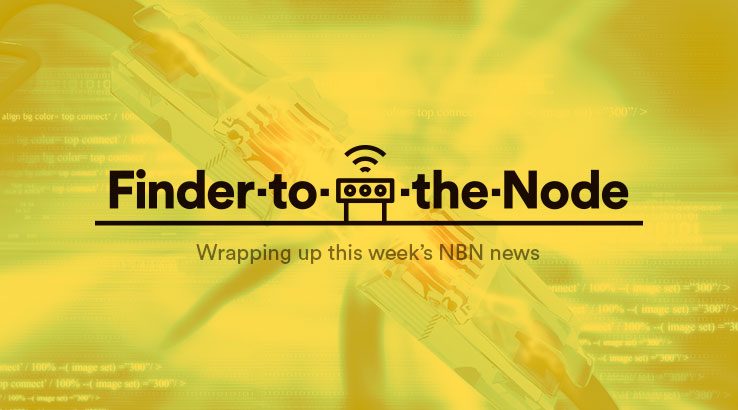 Data-hungry users are downloading lots of data, while new rules keep broadband flowing for fresh NBN customers in our round-up of the week's NBN news.

Ever wonder how much data the heaviest users on the National Broadband Network are using? Wonder no more as new data released by NBN Co, which shows the downstream and upstream traffic on its network, revealed that its heaviest user is downloading an extraordinary 23.6 terabytes of data a month. That's quite a leap from the network user average which is just shy of 200GB.

As first reported by iTnews, the figures show that the top 14% of users on the NBN are driving half of all traffic downloads on the network.

On the upload side, the figures are no less hefty. The top user on the NBN is uploading a whopping 14TB of data a month with the network average clocking in around 18GB.

The Australian Communications and Media Authority (ACMA) has introduced new rules that will require telcos and NBN Co to not disconnect existing services until a new NBN-based service is working. If there is a problem during the migration, customers must be reconnected to their old service or offered an interim service while their new NBN-based service is fixed.

The new Service Continuity Standard will take effect on 21 September 2018, after which if a telco is found to be in breach, ACMA can commence court proceedings seeking remedies and financial penalties of up to $250,000.

ACMA estimates that 16% of households are left without broadband or phone service for more than a week when switching over to the NBN – a number that it hopes will be reduced with the new standards in place.

ACMA will also require telcos to provide customers with a key fact sheet that explains different plans offered under a new Consumer Information Standard, in a similar fashion to the critical information summaries that accompany mobile phone services. According to ACMA, only 52% of broadband customers said they knew what download speed their household actually needed.

NBN Co policy of one connection per unique address could change

The Senate has passed an Australian Greens motion calling on the government to deliver the National Broadband Network that meets the needs of all Australians, including those living in outbuildings and granny flats. The move came about after NBN Co confirmed that only one NBN connection was allowed per unique address, leaving those Australians who might be living in separate dwellings that share the same address without an NBN connection.

Australian Greens NBN spokesperson, Senator Jordon Steele-John, said it was important to recognise that increasing population density in major cities and urban centres would have to be met by "greater access to the NBN, not service limitation".

"Different people have different living arrangements and different Internet requirements. This is an unprecedented service limitation imposed by NBN Co that has not been an issue with previous technologies, such as ADSL and landline telephone services," Senator Steele-John said.

NBN Co argues that owners of the primary residence can either share their single NBN connection to someone who is renting a granny flat by extending their Wi-Fi network signal or pay for an NBN connection out of their own pocket.

Senator Steele-John described NBN Co's stance as "out of touch".

"Given connection to the NBN will eventually be mandatory for users to access the Internet in Australia, NBN Co must be flexible to the changing living configurations we are seeing as our urban centres grow.

"The increasing trend towards multiple dwellings per title to accommodate population growth and demand for rental in our major cities and urban centres must be met with improved service accessibility by NBN Co."

Vodafone announced a host of changes today to its Vodafone NBN plans including the decision to scrap contracts for month-to-month plans and discounted broadband plans for new and existing Vodafone postpaid mobile customers.

More interesting is Vodafone's rather unique approach to handling customer landlines. The telco is offering its NBN customers the option to keep their old home phone number by diverting incoming calls to their mobile phone as opposed to a traditional home phone or VoIP-enabled handset.

Vodafone calls it a mobile landline and the service will cost $5 a month. The price is largely comparable to the fee that a number of internet service providers charge for a VoIP service; however, Vodafone says that customers also save on the cost of having to buy a VOIP-enabled handset as part of their broadband service.

The convenience factor of getting calls made to a home phone number redirected to a customer's smartphone means you're less likely to miss a call as well.