Finder to the Node: Will shaping fix fixed wireless NBN? 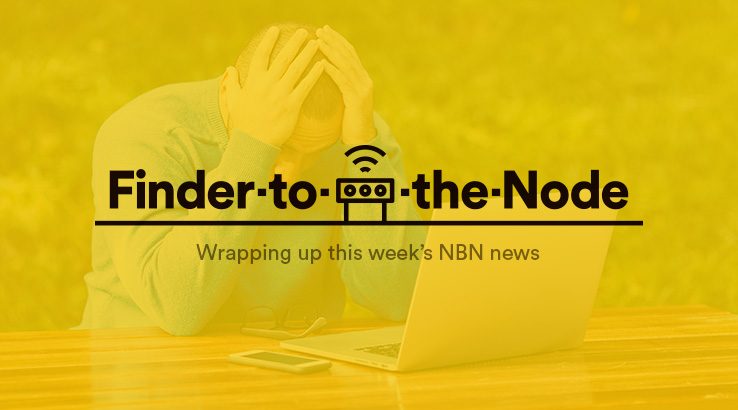 NBN Co ponders punitive measures to limit fixed wireless NBN while the ACCC seeks to ramp up broadband monitoring in our round-up of the week's NBN news.

NBN Co is considering throttling the performance of heavy users under the guise of a "fair use policy" as a means of alleviating performance issues during the evening peak on its fixed wireless network.

"We’re not yet to the point of proposing anything but… we’re looking at all options including a fair use policy," Morrow told a parliamentary hearing into the National Broadband Network.

He said the number of multi-terabyte users on fixed wireless was "big enough to where if we did 'groom' them during the busy time of the day, it would be a substantial lift for people" across the fixed wireless network.

"The 'grooming' could be that during the busy period of the day when these heavy users are impacting the majority, that they actually get throttled back to where they’re taking down whatever everyone else is taking down," Morrow added.

The network builder currently employs a fair use policy on its Sky Muster satellite service where end users are capped at 400GB a month while the maximum usage during peak periods is set at 150GB a month.

Meanwhile, telecommunications industry consumer lobby group, ACCAN, has raised concerns that hundreds of thousands of households will lose services with the failure of NBN fixed wireless and satellite not meeting current broadband requirements.

The CEO of ACCAN Teresa Corbin says that the removal of legacy services such as ADSL forces consumers to rely on expensive mobile alternatives.

"We have concerns about poor customer relations from NBN Co about congestion and delayed upgrades and due to this lack of information, customers have tried switching providers and spending hundreds of dollars to have technicians advise them there is nothing they can do.

"There are no refunds in place for periods when service hasn’t performed as it should. Consumer confidence in the NBN is further eroded with ISPs selling services in areas with congested towers," added Ms Corbin.

NBN Co recently announced that it had killed plans to offer 100Mbps speeds to fixed wireless customers, citing the cost of rolling infrastructure out to support that level of usage.

The Australian Competition and Consumer Commission (ACCC) says that it would need an additional $6 million in funding to extend its speed monitoring program to fixed-wireless services.

The government has yet to indicate whether it will back the expansion.

ACCC's speed monitoring program assesses the performance of NBN connections across a variety of ISPs and fixed-line NBN connections by installing small hardware probes known as "whiteboxes" at select premises.

ACCC's Sean Riordan said that the decision to exclude fixed wireless services from the program initially was based on the need to "act quickly".

"The fixed wireless service is relatively variable - in some localities it works quite well, in some instances it works quite poorly just on a sporadic basis with weather conditions," Riordan said.

Riordan also said that there is a "lot of nervousness" by ISPs about potentially including NBN's much maligned fixed-wireless network within the scope of the program.

"There was certainly more acceptance by ISPs of testing of the fixed-line footprint," he added.

The reluctance from ISPs to include fixed wireless within the ACCC's speed monitoring program is understandable given the performance problems have less to do with how much bandwidth ISPs are buying to service their customers and more to do with the network capacity problems at a number of NBN Co's fixed wireless cells.

Virgin Australia has switched on in-flight Wi-Fi on their international flights starting with Virgin's five Boeing 777 aircraft that fly between Australia and Los Angeles. The carrier said that it expects 75% of its 737s to be fitted out with Wi-Fi by the end of the year.

This Wi-Fi news comes just one week after Qantas announced that it was rolling out Wi-Fi in all of its domestic A330 aircrafts from June. Interestingly, Virgin Australia has decided not to go the same route as Qantas and use NBN’s Sky Muster satellite network.

Virgin Australia has instead opted to go with service provider Gogo and Optus’ satellite network, which includes Delta Airlines, British Airways, American Airlines and Virgin Atlantic among its customers.

"Through our partnership with Gogo and Optus Satellite, we will have access to the largest fleet of satellites servicing Australia and New Zealand, providing our guests with a fast and reliable Wi-Fi experience on board," Virgin Australia Group CEO, John Borghetti, said in a statement.

However, experts predict that mobile networks could extend into an in-air mobile network from as early as 2020, allowing mobile subscribers to use their mobile data in the air as they do on the ground.