Finder to the Node: NBN Co says it’s getting better, but the TIO disagrees 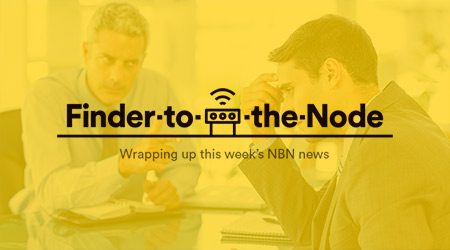 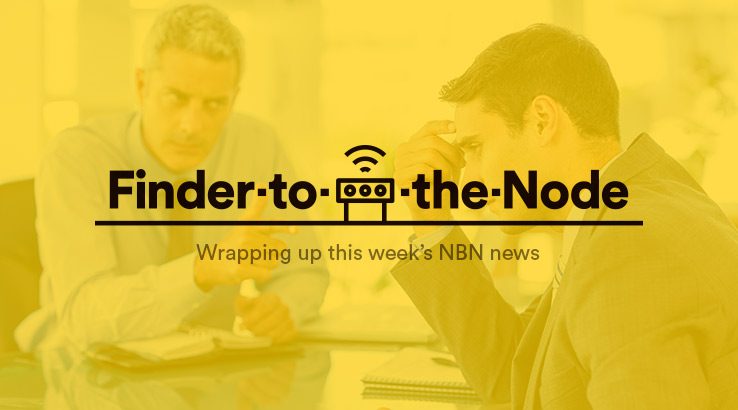 NBN Co's report paints a rosy picture of progress, but the TIO points to a rapid increase in complaints in our round-up of the week's NBN news.

Kogan announced that it has begun offering NBN services, boasting that its affordable NBN plans will "shake up the market" though they aren't priced as aggressively as the value-centric brand would have you believe.

An important detail here is that you can't bring your own modem to the party and, as such, all plans incur a $69 upfront modem charge. The plans also don't include a phone service.

The likes of Mate Communicate and Barefoot Telecom offer similar plans that match Kogan's pricing at the 50Mbps speed tier while competitors such as Buzz are significantly cheaper than Kogan's $88.90 100Mbps plan. You also won't have to worry about the $69 upfront charge as the aforementioned competitors allow you to use your existing NBN compatible modem-router. If you want to know which modems will give you the best NBN speeds, I tested 26 NBN-ready modem routers recently, right here.

There are also question marks over the network's performance. Kogan's NBN services are delivered by Vodafone who has yet to follow the lead of other major internet providers and publicly disclose the average or maximum speeds customers can expect during the crucial evening peak period where speeds can slow to a crawl on congested networks.

The good news is that since it is a month-to-month plan, if you're not happy with the network speeds you can simply bounce to another provider without incurring any financial penalties.

One in four NBN customers connected to 50Mbps plans

NBN Co announced that more than one million NBN customers have upgraded to a 50Mbps speed plan.

"Three months ago we had less than one in 15 users connected to our ‘sweet spot’ wholesale 50Mbps plans – today we have more than one in four signed-up to them for better value than what they would have previously been paying," says NBN Co's Chief Customer Officer, Brad Whitcomb.

The uptake to higher speed plans should continue with the new wholesale pricing structure that will see NBN Co permanently increase the amount of included CVC bandwidth on higher speed tiers from May. Cheaper wholesale prices for internet providers means customers should expect cheaper priced plans at the 50Mbps and 100Mbps speed tiers with little to no 6pm slowdown.

NBN Co also claims that network congestion is "consistently sitting below 30 minutes per week" compared with more than six hours per week this time last year. However, the number of customers that experienced a fault on the National Broadband Network was up on average to 1 per 100 connected homes compared to March 2017.

The Telecommunications Industry Ombudsman (TIO) released data of its own that painted a more damning picture, saying it had received 22,827 official complaints about NBN-related connections from customers during the six month period ending 31 December 2017 – twice the number from the same period the year earlier.

While an increase in NBN complaints is to be expected given the growing number of connections to the network, the surge in complaints indicates that the service is still not meeting expectations.

The majority of complaints were related to service quality, with customers unsatisfied by provider responses, while other issues were around connection delays.

"This indicates the consumer experience is still not meeting expectations for all," said Ombudsman, Judi Jones.

"Recent changes to regulation and an increase in our powers to resolve complaints are positive steps that will help improve the consumer experience,” she added.

NBN shot back, stating that only 1052 of the 22,827 complaints relating to services on the new network had been passed onto it to resolve – a decline of 16 percent compared to the same period in the previous year. However, it acknowledged that there was still "more work to be done".

"We will continue to work with industry to improve those parts of the customer’s end-to-end experience within our control to reduce complaint volumes," NBN’s chief customer officer for residential Brad Whitcomb said in a statement.

In response to the TIO figures, the government announced that it will be launching a fresh review into consumer safeguards.

"No matter who the responsible party is, the complaints figures are simply too high,” said Communications Minister Mitch Fifield.

"The current model for protecting consumers needs reform. Customers are continuing to experience poor service and are unable to get their service provider to satisfactorily resolve issues.”

The review will aim to ensure customers have access to effective and transparent complaint handling and redress schemes, with telcos held to account through compensation and penalties. It will also look to guarantee consumers are given reasonable time frames for connections, repairs and appointments.