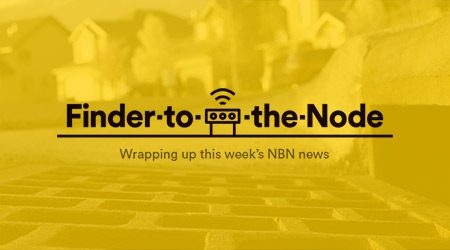 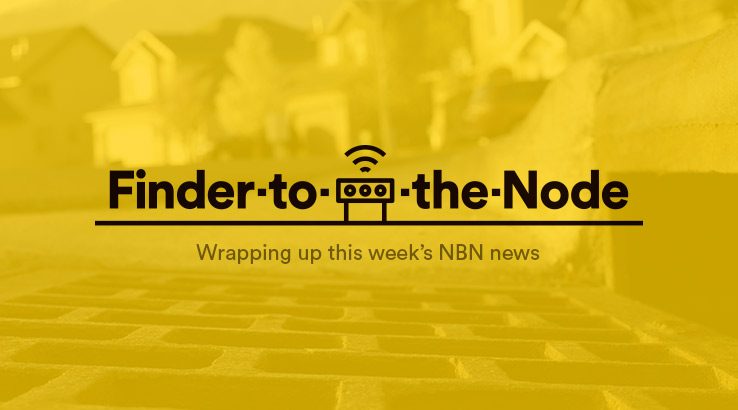 The first FTTC sites go live, while Aussie Broadband adds unlimited packages in our round-up of all the week's NBN news.

NBN Co has gone live with its latest form of technology to connect homes to the national broadband network, fibre-to-the-curb (FTTC), with 1,000 homes in two suburbs, Coburg in Victoria and Miranda in New South Wales, the first in Australia to have the option to connect to the service.

FTTC is faster and more reliable than fibre-to-the-node (FTTN) as fibre is used all the way to the end of the driveway of people’s homes instead of a node located hundreds of metres away, with NBN Co then using the existing copper network to connect the short distance to the home.

The shorter copper run means that premises should achieve top speeds of 100/40 Mbps while also opening the door to faster one gigabits per second (1Gbps) speeds with future FTTC upgrades.

While this news is of little comfort to those currently experiencing slow connections on FTTN, the network builder has at least expanded its FTTC footprint by adding another 440,000 premises, taking the tally closer to 1.5 million homes and businesses around Australia by 2020. According to NBN Co, the majority of the 440,000 premises had been earmarked to connect to NBN Co’s HFC cable network acquired from Telstra.

Initially, the FTTC rollout was limited to only 300,000 premises but another 700,000 were brought across after NBN Co abandoned plans to incorporate the poorly-performing Optus HFC cable network in 2016.

In addition to announcing the expansion of FTTC premises, NBN Co has also announced that it will begin a staged re-sale of wholesale HFC services to ISPs (internet service providers) from 27 April 2018.

Last year, the company put a freeze on the sale of services in its HFC footprint, which was plagued by dropouts and technical issues. Rumours were circling that NBN Co would abandon HFC altogether fuelled by delays to its HFC remediation project.

But the network builder has put those rumours to rest with plans to initially release around 1,000 premises in the HFC access network footprint in Melbourne and Sydney. The company is planning to release around 38,000 HFC premises by the end of June in select areas across Brisbane, the Gold Coast, Sydney, Melbourne, Adelaide and Perth.

This means that only 39,000 of the 700,000 HFC premises impacted will be unfrozen by the end of June, leaving a large chunk of premises unable to connect to the NBN through their internet provider.

NBN Co says that from July onwards it expects to significantly ramp up the release of HFC premises to retailers, which is forecast to hit around 100,000 premises per month, so provided things go as planned, most of the premises impacted by the freeze should be able to connect by the end of the year.

"We are pleased with the improvements seen from the additional work undertaken while sales have been paused on the HFC network," says NBN Co boss Bill Morrow.

"We expect to see an uplift in customer experience as a result of these improvements."

HFC customers impacted by the freeze will be able to see when their premises is scheduled to be reactivated from April 18 on the network builder’s website, though it will initially contain revised dates for only about 200,000 premises.

Aussie Broadband has launched its first unlimited data NBN plans after NBN Co confirmed that it will be upping the amount of included CVC bandwidth on higher speed tiers.

The two new unlimited plans effectively replace the former 1 to 3TB plans, with the asking price being set at $79 for the 50/20 Mbps tier and $99 for the 100/40 plan. Existing customers currently on the 1TB to 3TB plans will automatically receive the unlimited quota from their next billing month.

From 1 May 2018, NBN Co will be including 2Mbps of CVC bandwidth whenever ISPs purchase a 50/20 Mbps plan while 100/40 Mbps plans will see a jump to 2.5 Mbps of included CVC. Additional CVC bandwidth will also be reduced in price to $8 per megabit. To put this in context, the ACCC reported that average bandwidth per user had increased from 1 to 1.52Mbps. As a result, the peak time speeds of the big four are continuing to improve.

Under the new pricing construct, ISPs will now be able to access more CVC bandwidth for around the same wholesale spend as today which should hopefully put an end to the dreaded 6pm slowdown in Internet speeds.

Aussie Broadband’s Managing Director Phil Britt conceded that the company can no longer hang its hat entirely on running a "congestion free" network as other ISPs were now "starting to catch up and become uncongested" due to the additional CVC being provided by NBN.

While the move to unlimited quota plans brings Aussie Broadband more in line with the competition, its unlimited plans are still on the pricey side. Britt says that the extra margin is there to increase average CVC well above the included 2 and 2.5 Mbps. Recently, Aussie Broadband became the first and only internet provider to publish how much bandwidth it buys from NBN Co via daily CVC graphs so that people can check their CVC bandwidth levels and any congestion there may be. It also has a company policy of not connecting new customers in any area where bandwidth usage is at 80% to ensure the network runs at optimal speeds for existing users.

"Our commitment is to deliver the best unlimited offer in the market, all Australian support and the highest average peak time speeds."