Finder to the Node: How can two ISPs claim the speed crown? 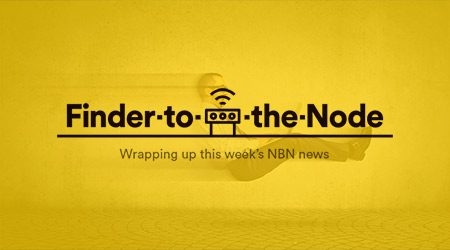 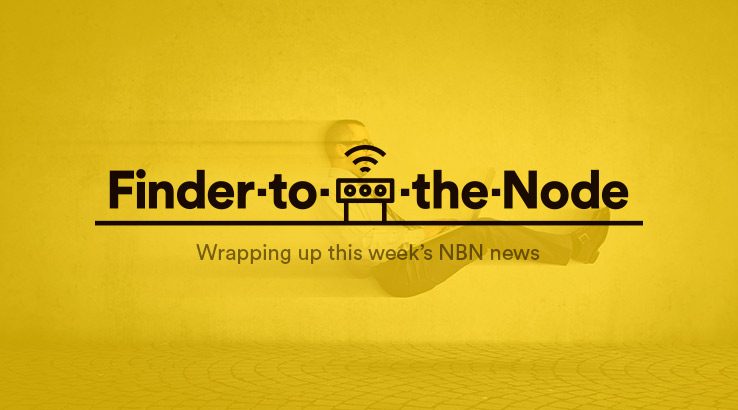 TPG and Aussie Broadband can both claim to be the "fastest" NBN providers while Bill Morrow announces he's stepping down from NBN Co in our round-up of the week's broadband news.

TPG has come the closest out of the major telcos to delivering customers the NBN speeds they are paying for according to the results from ACCC's speed monitoring program.

While all of the big four NBN ISPs (internet service providers) were delivering download speeds exceeding 80% of the maximum plan speed in both peak and off-peak periods, TPG recorded the best performance with average download speeds in excess of 90% of the maximum plan speed. Telstra and iiNet were above 88% while Optus recorded the lowest at 80.7%.

Overall, the results paint a positive picture, but it's clear the results wouldn't have been as rosy had the testing been conducted prior to NBN Co aggressively discounting the price telcos pay for additional bandwidth – a sentiment that Sims echoed.

"It is highly likely that just a few months ago these results would not have been anywhere near as good," Mr Sims said.

It's worth remembering that the results were derived from a very small sample size and, as such, might not be an accurate indicator of the end speeds customers are actually receiving as a whole.

The report consists of results from 61,000 individual download speed tests of 400 NBN and ADSL users supplied by 10 different ISPs. According to NBN Co's weekly reports, there are just under 3.7 million active premises, making the sample size of 400 only barely a representative sample. There are also over 150 NBN service providers, but only the results from the big four ISPs were given.

The ACCC says it plans to increase the sample size to 4000 homes over the next three years, but so far only 600 volunteers have joined the testing program though many more have expressed interest in taking part.

It's also unclear how specific access technologies such as fibre-to-the-node (FTTN) and HFC performed as the report clumps together results from all types of fixed-line connections to give an overall percentage of performance.

More than 75,000 customers on FTTN/B are currently being offered remedies from eight different Internet service providers, which include the big four, for having been sold high speed plans that were not achievable on their connection.

The report did at least state that "FTTN connections could not support the maximum plan speed" and was a factor that brought down the average speeds overall. It added that 5% of services tested operated at less than 50% of their maximum plan speeds. This is likely being caused by technical limitations in the NBN access technology (ie, premises located too far from the node on FTTN struggle to achieve 50Mbps or greater) rather than congestion and how ISPs provision their networks.

"The results for some types of services are still lower than we would like," Mr Sims said.

In addition, the results do not cover fixed wireless or satellite performance where congestion problems have been widely reported.

Aussie Broadband has just updated its average speeds on its website, becoming the first internet provider to claim an average 90Mbps out of a possible 100Mbps during the busy hours of 7pm-11pm. It also set a new high at the 25Mbps speed tier, claiming average evening peak speeds of 23Mbps.

Peak periods are when a lot of people are trying to access the Internet, typically causing congestion and lower speeds. As such, the publication of average speeds during this crucial period has become a competitive space as ISPs look to differentiate themselves.

Aussie Broadband is also the only internet provider to publicly disclose how much bandwidth (known as CVC) it buys from NBN Co to battle network congestion, which is updated daily on its website.

Mr Morrow said he would leave NBN Co as it began a new phase in its broadband rollout.

"I believe that as the company prepares to confront the new challenges ahead, this is the right time to hand over the reins for the next phase of this incredible project and for me to plan for the next step in my career," he said in a statement.