Finder to the Node: Which internet providers are open about their speeds? 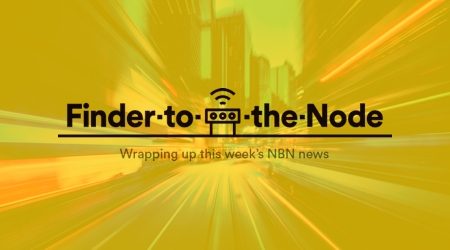 NBN providers line up to be transparent about speeds or be whacked by the ACCC for failure to disclose speeds in our roundup of all the week's NBN news.

Last week, NBN Co announced that it will report on congestion levels on its fixed line network on a monthly basis, noting that the average bandwidth congestion was down to 12 minutes per week per user in February. The issue was that the data does not take into account the congestion on a per-internet provider basis.

Although NBN Co is able to see how much bandwidth (known as CVC) each retail service provider buys, it is leaving it to the telcos to divulge this information themselves.

While telcos have changed their advertising to show the average speeds customers should expect during peak evening usage, they have been tight-lipped on how much bandwidth they actually supply customers on the National Broadband Network.

Aussie Broadband has set out to change this trend by putting its CVC data on display for all to see. The data lives under a new "network" section on its website, complete with graphs so that customers can view how much traffic there is in their area – referred to as a Point of Interconnect (POI) – for the last 24 hours, compared to how much CVC is available.

Aussie Broadband says that it constantly monitors these CVC graphs and if downloads and uploads are nearing their bandwidth threshold, "we upgrade capacity".

The data is available for anyone to view, not just Aussie Broadband customers. However, if you're connected to the Aussie Broadband network, you won't need to enter anything as the webpage will automatically detect your IP address and bring up the relevant graph for you. You can also choose to look at any of the other connected areas from across Australia.

Managing Director, Phillip Britt, had flagged the move before Christmas as a means of providing customers with evidence about the way it manages its network to avoid congestion.

"It’s really part of our no bullsh*t approach to things," he said. "We’ve been providing CVC graphs for a while to answer individual queries about levels of traffic management. This just makes the whole process public, visible and ongoing."

Britt highlighted that Aussie Broadband’s average CVC per user is now a minimum of 1.95Mbps, compared with the industry average of 1.52Mbps reported in December by the ACCC Market Indicators report.

"We’ve built a reputation on managing our network to avoid congestion, including putting stop-sells in areas where we are waiting for more backhaul capacity to be provisioned," said Britt.

"This seems like the logical next step in providing customers with more information at their fingertips about what is happening behind the scenes with their Internet.

"If they’re experiencing congestion and they can see there is none on their CVC graph, it can help narrow things down to perhaps a local wifi interference issue, or an NBN network issue."

It would be great to see other internet providers follow suit, but Britt is doubtful that will happen.

"We think it would be great if other telcos did the same thing so customers have more information to base their decisions on," Managing Director, Phillip Britt, said.

iiNet and Internode are the latest Internet service providers to fall under the consumer watchdog's hammer. More than 11,000 of its customers are set to be compensated for signing up to NBN contracts that promised fast NBN speeds which could not be delivered.

Remedies will be offered to more than 8,000 iiNet customers and more than 3,000 Internode customers. As in previous cases, the conduct only affected customers who purchased copper-based NBN plans such as fibre-to-the-node (FTTN) and fibre-to-the-building (FTTB).

Affected customers can choose from options including moving to a lower tier speed plan with a refund, or exiting their plan without cost and receiving a refund. iiNet and Internode will contact them via email or letter by 27 April.

"iiNet and Internode have admitted that between 2015 and mid-2017, they both likely engaged in misleading or deceptive conduct or made false or misleading representations by promoting and offering NBN plans with maximum speeds that could not be delivered," ACCC Commissioner, Sarah Court, said.

On its advertising between 2015 and mid-2017, iiNet promised its fastest speed was: "Up to 100Mbps. This is our fastest option and is sure to impress". Meanwhile, Internode advertised its highest speed plan as "NBN Platinum: up to 100/40 Mbps".

"Internet service providers must provide accurate information to customers about the speeds they can access on the NBN," Ms Court said.

"Many customers could not reach the maximum speeds advertised by iiNet and Internode because their NBN connection was not capable of delivering it.

"Some customers couldn’t even receive the maximum limit of lower speed plans," she said.