Finder to the Node: Will unlimited mobile data sink the NBN? 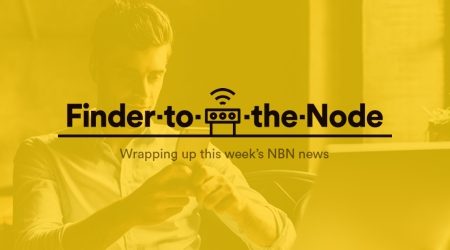 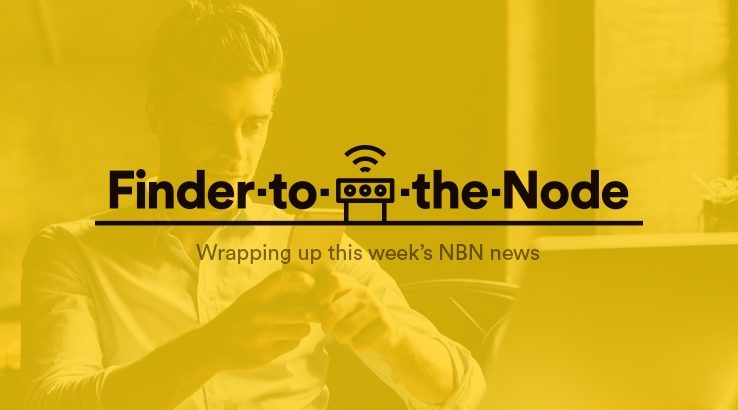 NBN tries to kill congestion on its own network while it faces the new challenge of "unlimited" mobile data plans in this week's roundup of NBN news.

On Monday, I broke the news story on how Optus briefly rolled out Australia's first unlimited mobile data phone plans to select customers before abruptly ending the offer after a day.

The short-lived "unleashed" plan offered unlimited mobile data in addition to unlimited calls and text for $60 a month on a 12-month contract. In a move designed to attract entire households, each customer could have up to a maximum of 5 Unleashed plans per account with incentivised discounts bringing the price down to as low as $40 per month.

So a parent could, for example, sign up their entire family to have unlimited data and only pay $60 for the first service, $50 for the second service and $40 per month for each of the remaining three services.

On the surface, it seemed like a killer deal and a potential alternative to the NBN given that you effectively get access to Optus' 4G network speeds. However, the "unlimited" plan came with some severe limitations.

Music and video related content, whether that be through streaming or downloads, is shaped to 1.5Mbps speeds. This means streaming video from the likes of Netflix and YouTube will be delivered in standard definition. Optus confirmed that this speed shaping applies even while streaming video through social media apps such as Facebook or Twitter.

Other online tasks such as viewing email attachments, browsing the web or uploading files to the cloud are not limited in speed although the fine print notes that heavy data users "may experience slower download speeds". Finally, tethering the mobile data connection to a laptop or other devices is shaped to 1.5Mbps speeds.

Given the laundry list of limitations, the "unlimited data" plans had the potential to get Optus into hot water from regulators. In countries such as the United States where unlimited mobile data plans exist, telcos can get away with advertising their plans as "unlimited". In reality, they come with a predefined data cap. Once that's exhausted, customers are dropped down to 2G speeds.

It's a different ballgame in Australia where we have both the Competition and Consumer Act enforced by the ACCC and the Telecommunications Consumer Protections Code (TCP) enforced by ACMA laying out strict advertising guidelines over what constitutes as "unlimited" in telecommunications plans. They were unlikely to look kindly on Optus' liberal use of speed shaping on "unlimited' plans.

A number of Internet service providers including Optus have previously been pulled up by the consumer watchdog for misleading and deceptive advertising when unlimited data plans first started to hit the home broadband market. It's likely the local mobile market will need to go through the same regulatory teething issues.

Despite Optus' official line stating the contrary, I believe that this was the reason Optus withdrew its new unlimited mobile data plans after just 24 hours.

As mentioned in my original story, when I questioned Optus about the limitations of their new "unlimited" mobile data plans and whether they were concerned about the potential backlash, the telco quickly withdrew the offer and removed all of the related marketing collateral from its website. According to the invitations sent out to select customers, the offer was to remain open until April 13, 2018.

It's likely that Optus was testing the waters both from a regulatory and network standpoint. Quietly trialling unlimited data plans to select customers enables the telco to gauge network performance and identify where potential upgrades need to be made before opening up such plans to the broader public.

The fact that Optus has removed the offer doesn't necessarily mean they have completely shelved their plans for unlimited mobile data. The second largest telco is more than likely in the process of retooling its unlimited data plans as it looks to take away momentum from competitors such as TPG, who is set to launch its own mobile network later this year, and smaller players like MyRepublic which has hinted at offering unlimited mobile data plans in the future.

Congestion all but eliminated on NBN's fixed line network

In a bid for greater transparency, NBN Co plans to publish the "customer experience progress report" each month, which at a high level will cover the rollout progress and user experience metrics. Crucially, it includes reporting on congestion levels on its fixed line network, but does not include NBN's two wireless products – Sky Muster satellite and Fixed Wireless – which have long been suffering congestion problems.

The network builder claims that the average bandwidth congestion is down from 3 hours and 51 minutes per user per week to 12 minutes. NBN Co's Residential Chief Customer Officer, Brad Whitcomb, added that less than 0.2% of premises felt the impacts of congestion in February 2018.

In December, NBN Co launched a temporary promotion allowing all telcos to get 50% more CVC for each customer and Whitcomb credited this promotion as the driving force behind the dramatic turnaround.

"That’s really been the result of working closely with our RSPs around our pricing construct and making it more attractive for the retailers to purchase more CVC which is the cause of that bandwidth congestion."

However, it's worth noting that this statistic doesn't take into account the congestion on a per-internet provider basis. While NBN Co is able to see how much CVC each retail service provider buys, it is leaving it to the telcos to divulge this information themselves. In the past, the ACCC has similarly refused to disclose numbers down to an individual service provider level.

That said, most of the major internet providers have at least started to disclose on their website the average speeds customers should expect during peak time usage so users can get a better idea of congestion levels on a particular service provider's network.

While NBN Co has been unwilling to reveal congestion numbers on their fixed wireless network, Telstra has shed some much needed light on the matter by coming out with numbers of its own.

As first reported by iTnews, Telstra has become the first in Australia to publish typical 7pm-11pm download speeds for NBN fixed wireless. It revealed that around half of its NBN fixed wireless customers on 12Mbps and 25Mbps plans see 40 percent or less of the speeds they pay for during peak hour usage.

Telstra has more than 50 percent of the fixed wireless market with over 118,842 of 216,474 connections, giving a fair indication of just how congested the NBN fixed wireless network is.