Finder to the Node: The death of 25Mbps broadband plans 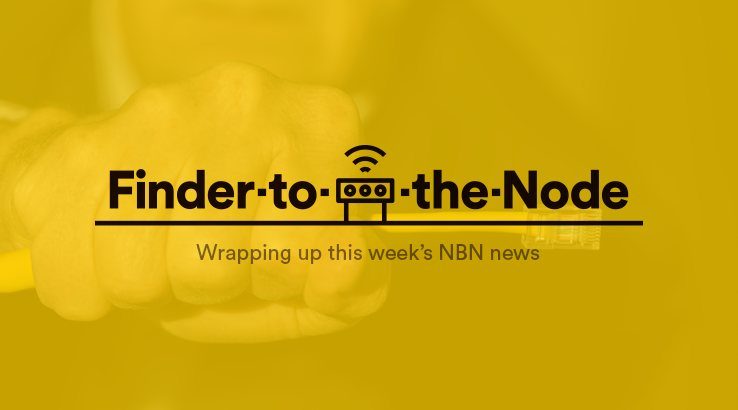 Telcos drop 25Mbps plans while NBN Co commits to a smoother switchover process for ADSL customers in our roundup of all the week's NBN news.

Telstra has announced that the NBN50 speed tier will be standard for new NBN plans while existing customers on 25/5 Mbps plans will be automatically migrated to the faster 50/20 Mbps speed tier for free.

Telstra estimates that the move will affect some 850,000 households and SMBs. Telstra also said that its 4G modem, which is capable of providing a mobile backup connection, would be provided to both new customers and the majority of existing customers migrating to the NBN.

Rival ISPs (internet service providers) such as TPG, iiNet and Internode have made similar moves in recent months, killing off the 25Mbps speed tier service entirely. However, it's worth noting that almost all ISPs have retained the NBN12 (12Mbps) speed tier service as an entry level offering.

The 25Mbps speed tier has long been the most popular option among Australians with more than 80 percent of end users having purchased 25Mbps plans on the national broadband network. Late last year, NBN Co moved to discount its 50Mbps wholesale offerings to encourage customers to take up the faster speeds.

Telstra is one of a number of major telcos that has committed to compensating customers who were sold fibre-to-the-node (FTTN) and fibre-to-the-basement (FTTB) NBN services with unachievable speeds.

Telecommunications provider, Active8me, has been slapped with a $12,600 penalty for misleadingly claiming it was endorsed by the ACCC.

Based in Melbourne, Activ8me is a retail service provider of broadband Internet and phone plans. The telco provides National Broadband Network (NBN) Sky Muster plans and has the largest tally of Sky Muster customers of the ten Sky Muster ISPs in operation.

Between November 2017 and January 2018, Active8me published on its website homepage: "Named Australia's #1 Sky Muster provider by the ACCC". On its Facebook page, Activ8me claimed: "The ACCC have released their quarterly NBN Wholesale Market Indicators Report today, once again naming Activ8me the #1 provider of nbn Sky Muster satellite services in Australia".

The NBN Wholesale Market report listed Activ8me as having the highest number of satellite services in operation but did not endorse or approve Activ8me over other providers and was swiftly handed a $12,600 fine by the consumer watchdog.

"The ACCC does not endorse or approve particular businesses and it is imperative that consumers trust our name and logo when it is used," ACCC Commissioner, Sarah Court, said. "As soon as we became aware of the misuse of our report findings and logo, we contacted Activ8me and issued an Infringement Notice. Activ8me has since removed the representations. This penalty serves as a warning to companies that we will act swiftly if they misrepresent the ACCC."

With the first batch of Australian homes and businesses expected to be enabled by NBN Co's long awaited FTTC access technology by mid-2018, some crucial safeguards have been put in place to ensure customers are left with a working NBN connection before the legacy ADSL service is disconnected.

Concerns were raised last year that the FTTC disconnection process for moving customers off Telstra infrastructure and onto the NBN could leave customers without an active Internet connection.

"The existing Telstra legacy services would be disconnected 10 to 20 days after NBN Co has connected the FTTC service," the ACCC said.

"This would occur irrespective of whether or not there was confirmation of a working FTTC service."

"That could have resulted in people being left without a phone or internet service before their FTTC service was operating," ACCC chairman, Rod Sims, said in a statement.

Sims says that NBN Co has now agreed to change connection processes and undertake data testing to ensure FTTC services are operating prior to disconnection of existing services.

"The ACCC welcomes these improvements, which should provide a safeguard against consumers being disconnected before they have access to a working NBN service," Mr Sims said.

NBN Co will also notify FTTC service customers that they have up to 18 months to switch their existing services to the NBN service before their phone and Internet services are disconnected.

FTTC brings fibre all the way to the end-user's driveway with copper wiring completing the connection into people's homes. It uses substantially less copper wiring than fibre-to-the-node (FTTN) and, as such, is capable of producing faster speeds. FTTC also has an upgrade path in G.fast which is capable of boosting connection speeds to up to 1Gbps. More than one million Aussie homes and businesses are currently slated to receive FTTC by 2020.