Finder to the Node: Which ISPs will give you the best speeds? 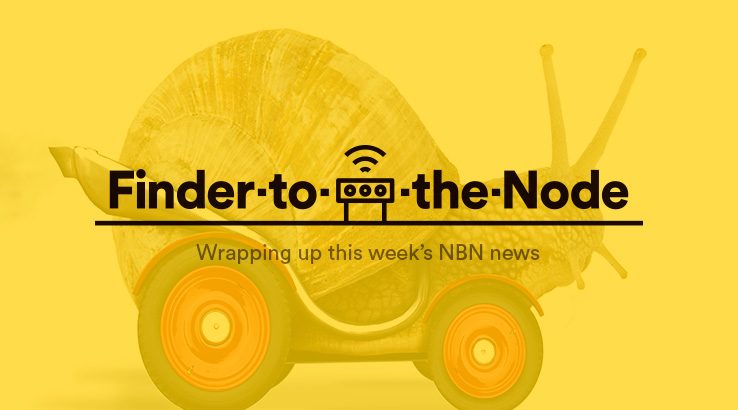 ISPs jostle to give you the best NBN speeds while Vodafone makes NBN plans with 4G backup affordable.

Which ISP will give you the best NBN speeds during peak hours?

For years, ISPs (internet service providers) have been getting away with marketing their broadband plans based on theoretical network maximum speeds that no one will ever achieve during actual day-to-day use.

That all changed last month when big name ISPs, such as Optus, Telstra and TPG, changed the way they advertise their various speed tiers on NBN plans after getting into hot water from the ACCC over misleading speeds.

Essentially, ISPs have dropped the "up to" claims in favour of advertising their services based on actual speeds most consumers can expect to achieve during the busy evening period between 7pm-11pm.

A month has passed, and we are starting to see more ISPs advertise their NBN plans based on evening speeds.

As iTnews first reported, there appears to be quite a gap between the minimum speeds that different RSPs are quoting.

The TPG group of ISPs (TPG, iiNet, Internode and Westnet) appear to be the strongest at the NBN50 tier with minimum peak speeds of 42.8Mbps. Aussie Broadband is the most aggressive at the NBN100 tier with typical evening speeds of 78Mbps.

While these advertised figures aren't considered a guarantee of how a service will perform in the evening period, it should at least give consumers a better idea of what to expect when comparing plans and providers.

It's worth noting that these comparisons are based on a fairly small subset of ISPs as not all service providers have adopted the ACCC's advertising guidance, which is voluntary in nature. The likes of iPrimus, Dodo and newcomer Vodafone, for instance, do not disclose how their respective networks actually perform during peak periods or actual average speed numbers.

Speaking of Vodafone, the telco has started to throw some punches as far as pricing of its broadband plans is concerned with discounts across all of its NBN plans. Most notably, it has dropped its NBN50 plan down to $70 with unlimited data.

While there are other providers that offer the same plan for less, Vodafone's plan is one of the cheapest to include a 4G backup with an NBN plan so that you're online from day one while you wait for the NBN to be connected. It also means that you'll stay connected to the Internet even if your NBN connection does go down or encounters some sort of fault.

It’s worth noting that Vodafone isn’t the first company to offer a 4G service that bridges the pre-activation and outage gaps for its NBN customers. Telstra, for instance, has a similar device in its Gateway Frontier. However, its comparable NBN plan is pricier, starting at $99 per month.

There are also a number of other modem-routers on the market that enable you to plug in a 4G mobile broadband dongle from any carrier for sharing throughout a household and seamlessly reverting back to a fixed-line NBN connection once it is up and running.