Finder to the Node: Only a quarter of FTTN NBN connections will reach 100Mbps - finder.com.au

Finder to the Node: Only a quarter of FTTN NBN connections will reach 100Mbps 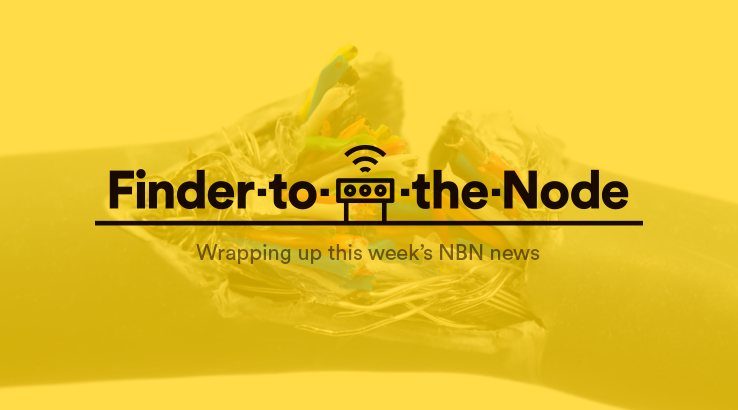 FTTN fails the speed test, while the government fails the findings of the federal inquiry into the NBN.

New figures given to a Senate committee reveal that only 24 percent of fibre-to-the-node (FTTN) NBN connections will reach topline speeds of 100Mbps by the end of the rollout in 2020. This figure has not previously been made available.

The National Broadband Network is being rolled out using a mix of technologies – with high-speed fibre being run to a point in a neighbourhood and copper wires then being used to reach homes and businesses. This part of the network footprint is referred to as FTTN. Hybrid Fibre Coaxial (HFC) will be used in areas where pay TV cables exist while fixed wireless and satellite will be used to connect more remote parts of the country.

However, the majority of premises will be connected to the national broadband network using fibre-to-the-node (FTTN), which means most Australians will not be able to achieve top internet speeds.

Apart from satellite, the 24 percent figure is the lowest for any access technology with only those connected via fibre to their premises (FTTP), building/curb (FTTB/C) or HFC able to achieve 100Mbps speeds and beyond. Even the fixed wireless portion of the network is expected to be able to support 100Mbps or more speeds for at least 50 percent of its users.

It's also worth noting that the 24 percent figure is based on nbn's FTTN wholesale speeds and does not take into account constraints imposed by internet provider or the quality of the copper line available at the end user premises. In other words, the real FTTN connection speeds at people's homes are likely to be much lower.

Previously, it was revealed that only 32 percent of FTTN lines could support download speeds in excess of 75Mbps.

The federal government has unsurprisingly rejected a parliamentary recommendation, confirming it won't mandate the use of more fibre-to-the-curb (FTTC) and fibre-to-the-premises (FTTP) technology for the rollout of the National Broadband Network nor commission an independent audit of the project.

Late last year, a joint federal inquiry into the rollout of the National Broadband Network (NBN) requested a drastic overhaul of the project, recommending the use of fibre-to-the-curb (FTTC) as the “minimum” for the remaining fixed-line network as opposed to the cheaper but slower fibre-to-the-node (FTTN).

However, in its official response, the federal government said it remained committed to the multi-technology mix (MTM) rollout approach. This mix includes its controversial fibre-to-the-node technology that will only offer top speeds to one in four consumers by 2020.

"The government considers that [NBN Co] has the expertise to make decisions about how best to roll out the NBN, and there is value in allowing the experts to use their discretion to choose the most appropriate technology to ensure the network is rolled out as quickly and cost-effectively as possible," it stated.

It's worth noting that NBN Co had previously proposed to convert its four million strong fibre-to-the-node footprint to FTTC, but it was knocked back by both the government and the company's own board.

However, nbn claims it will be in a good position to upgrade the network later on down the road.

"Once we have completed the network build and have 8 million premises connected to the network, we will be generating annual revenues of around $5 billion," it said.

"This will give us a solid revenue base from which to fund future network upgrades for end-users that will enable higher speed services to be delivered without using further government funding."