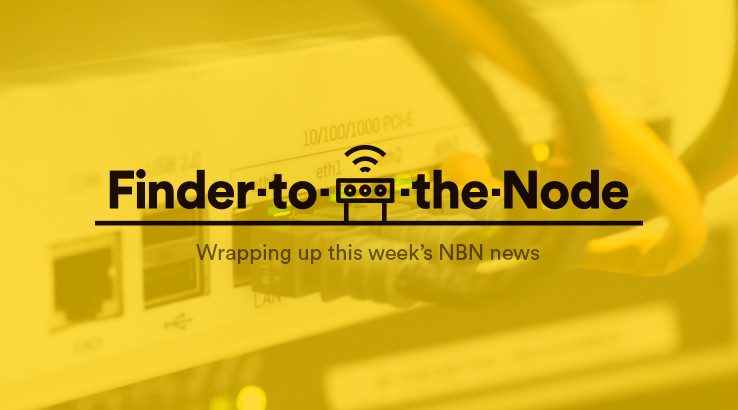 The network builder effectively made the wholesale prices of 50Mbps services the same price as the 25Mbps tier to encourage more NBN users to take up the higher speed tier over more basic speeds.

Most of the major ISPs (internet service providers) such as Telstra, TPG and Optus have now started to pass on those savings with cheaper priced plans for speeds of 50Mbps or more.

TPG scrapped its 25Mbps NBN plan entirely and replaced it with a 50Mbps plan for the same price, though it still offers a basic 12Mbps plan. It also reduced its price in the nbn100 speed tier by $10. Similar changes were made to TPG-owned iiNet and Internode.

Telstra has now switched the base speed tier on three of its four NBN plans to 50Mbps. Previously, this would have cost customers $20 a month extra to upgrade the speed.

Meanwhile, smaller ISPs such as MyRepublic that don't offer a 50Mbps product are now considering introducing one.

According to nbn, prior to the wholesale price cuts, take-up of 50Mbps plans was under 5 percent. This has now risen to about 25 to 30 percent.

The Ookla Speed Test Global Index has released its figures for December and once again Australia has tumbled down the ranks, despite millions more homes being connected to the national broadband network.

According to Ookla's latest report, Australia's average download speed for fixed broadband is just 25.88Mbps, which places us 55th in the world – a drop of two places compared to November. This ranking puts us behind the likes of Kazakhstan, Slovenia, Estonia and Guam and well below the global average of 40.71Mbps.

Ookla's speedtest site has long been used by internet users and ISPs the world over for testing out their connection speeds, but the website only launched its monthly country-by-country comparison in August last year. Since the data is derived from thousands of unique user test results, it has been quickly adopted as a popular guide.

Australia's fall in rankings is somewhat surprising given the NBN's continued deployment and the fact that most countries on the list have managed to improve their average speeds month-to-month. Singapore continues to top the charts with average download speeds of 161.21Mbps, followed closely by Iceland, Hong Kong and South Korea.

"At present only around 3 million Australian premises are receiving services on the nbn network.

"This means that the majority of data being captured by these kinds of reports are being generated by the 5 million or so legacy services on slower ADSL services.

"As these premises switch to the NBN network and we move towards our target of 8 million activated NBN premises by 2020 then we expect to see the overall fixed-broadband speeds in Australia increase significantly."

I would add that there are two factors that are likely to impede a rise in the rankings – the high cost of NBN plans and the decision to ditch fibre-to-the-premise in favour of using a mix of technologies for the rollout. This means that the majority of Australians will be put on the fibre-to-the-node (FTTN) network where nbn offer a substantially lower speed guarantee of 25Mbps down.

The bright spot for Australia continues to be mobile speeds, where we rank seventh in the world with an average download speed of 48.87Mbps.