Finder To The Node: Should NBN prices actually rise? 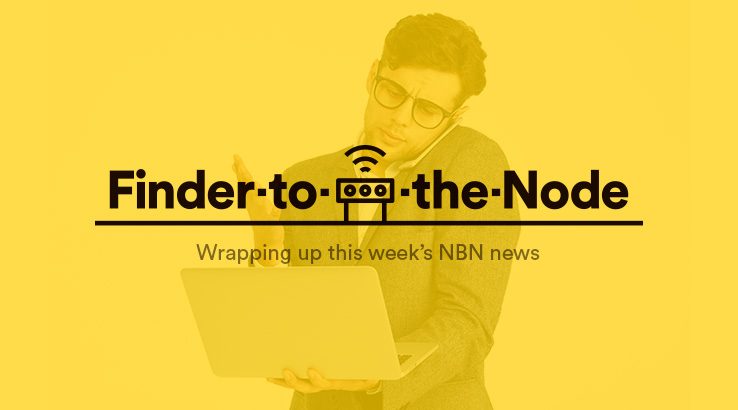 On Monday, Aussie Broadband revamped its Internet plans and while they do not offer across-the-board discounts like we have seen with other major ISPs (internet service providers) in recent weeks, they do offer customers an unprecedented level of flexibility when it comes to tailoring data allowances.

Instead of plans being restricted to predefined data allowances, customers can instead pick a data limit anywhere between 10GB and 3TB and pay for just that amount. The custom data plans are available on all NBN speed tiers and Aussie Broadband claims that there are over 360 increments you can move in.

For instance, if your monthly data usage never goes above 300GB a month, previously you had no choice but to pay for a 500GB plan. Now, using the data-slider system, you can select 300GB or jump up to the next increment of 350GB and not be forced to pay for more data than what you really need. Shaping speeds have now been upped to a more tolerable 1Mbps in case you do exceed your monthly data allowance and customers always have the option to make adjustments to their data cap at any time.

Those lucky enough to be on fibre-to-the-premises (FTTP) will also get access to a 150/100 Mbps speed tier in addition to the 250/100 Mbps tier that was previously available. Those plans are only available where Aussie Broadband has over 500mbps of CVC provisioned (for 150/100Mbps) or 1000mbps of CVC (for 250/100mpbs) respectively.

The bad news is that the more popular plans have either stayed the same in price or have gone up with discounted plans few and far between. Here's a quick breakdown:

The silver lining is that existing customers who would otherwise be worse off on the new plans are able to stay with their current plan.

Britt added that these price changes were necessary in order for Aussie Broadband to maintain the quality of its network and fund future advancements.

"All of this came to a breaking point of needing to raise some prices in order to keep the level of service our customers expect," he said.

In terms of market share, Aussie Broadband is a small player when compared to the likes of Telstra and TPG, but the company has garnered a loyal following built largely on its reputation of running a low-congestion network and local support. Aussie Broadband advertises its typical evening speeds at 78Mbps on its 100/40 plans – the highest of any ISP.

He emphasised that the company will continue to steer clear of unlimited plans while the current nbn pricing structure remains in place.

“In our view, unlimited currently means congestion becomes virtually unavoidable, and we have a commitment to manage our network to avoid congestion wherever possible."

While most customer complaints are about bills, there is significant room for Internet providers to improve by simply making it easier to connect when relocating, Telecommunications Industry Ombudsman Judi Jones told the Sydney Morning Herald.

Ms Jones cited the case of a residential customer using a traditional ADSL service who moved apartments and struggled to reconnect.

“Their electricity and gas transfer was seamless, but transferring their broadband was a difficult, protracted and error-ridden process,” she said.

“It needs to be made as simple as switching energy provider.”

Most electricity providers offer between two days and next-day connection and often offer rebates if this does not happen. While some telcos offer next-day connection for existing customers, most will take up to 20 working days to reconnect new phone bundles and ADSL connections when moving.

Typically, the way nbn negotiates with its ISP partners is confidential, so we don't often get a peek into the way that the government-owned company operates.

A substantial leak of cabinet papers acquired and published in part by the ABC this week covered a large quantity of topics, including the early negotiation strategy with Telstra relating to the original NBN concept under the Rudd-led Labor government.

The nine-year-old documents detail how the government planned to deal with incumbent telco Telstra, as well as financing options for the original plan, costed at $44 billion, which included the possibility of raising bonds to be marketed to mum-and-dad investors. You can read the full ABC report here.