Finder to the Node: How far would you go to fix your NBN woes? - finder.com.au

Finder to the Node: How far would you go to fix your NBN woes? 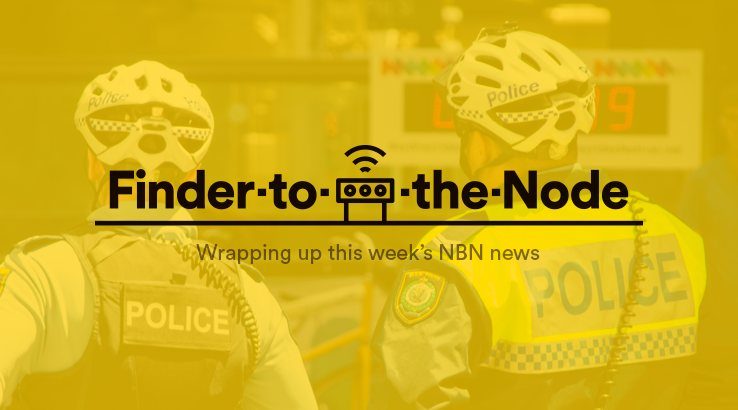 What happens when the cops get involved in NBN disputes?

After a turbulent 2017 filled with customer complaints over slow speeds or homes being left with no Internet or home phone for months due to connection faults and delays, nbn and its army of Internet service providers could be hoping for a change in fortunes going into 2018. But that's unlikely to be the case if the first few days of the new year are any indication.

The latest customer story of NBN woe to make the rounds is of a frustrated Sydney man, Matt Dooley, who refused to leave a Telstra store after battling for over four months with the telco trying to get his NBN connection properly installed.

The twist here is what unfolded after the store called the police to remove him from the premises – the three officers started negotiating with Telstra staff on his behalf.

"The cops kind of took our side," a stunned Mr Dooley told the Sydney Morning Herald.

"They understood. They used their excellent negotiating skills to negotiate what I hadn't been able to in the last four months.

"One was very technically minded and got it. He knew what we needed. This cop was running back and forth between us to negotiate so we didn't have to talk to each other, talking about cables and routers and modems.

"Lo and behold the next day there was a Star Track Express delivered to our house with all the things we needed and just all sorted out," he said.

"As a result of police coming to the store we had Internet that afternoon and cable the next day."

The fact that it took police involvement to get Telstra to resolve what Mr Dooley claims was a "basic broadband issue" is not a good look for the telco or nbn. The 41-year-old film producer who primarily works from home said that he asked staff to give him any piece of technology to access the Internet, but they refused to assist after his name pulled up countless phone call records.

Worse still, the NBN connection that he fought so long and hard for, ended up delivering speeds "well below" the plan he signed up for. He also claims to have been charged "thousands" from Telstra for an NBN service that wasn't active.

According to the latest tweet from Mr Dooley, an nbn executive contacted him personally from her holiday to offer assistance, but he has yet to hear from Telstra directly.

Almost 100,000 Australian homes and businesses will be disconnected from their Internet and landlines in January if they haven't moved over to the national broadband network.

An nbn spokesman confirmed that the 18-month grace period for around 97,000 premises across a total of 173 suburbs throughout the country will come to a close during this month.

More than 22,000 Victorian premises will be impacted by the cut-off date, making it the hardest hit. Queensland is the next with 19,988 homes and businesses, followed by Western Australia’s 17,670. In terms of suburbs, Melbourne’s Pakenham is the most at risk with 15,482 homes due for disconnection.

Here's a list of all the suburbs with the highest number of homes facing disconnection in January, if they haven't yet made the switch.

If you're in one of the affected suburbs and haven't yet made the switch to the NBN, be sure to contact your internet provider as soon as possible to get the ball rolling since in some cases it can take more than a few weeks to get connected.