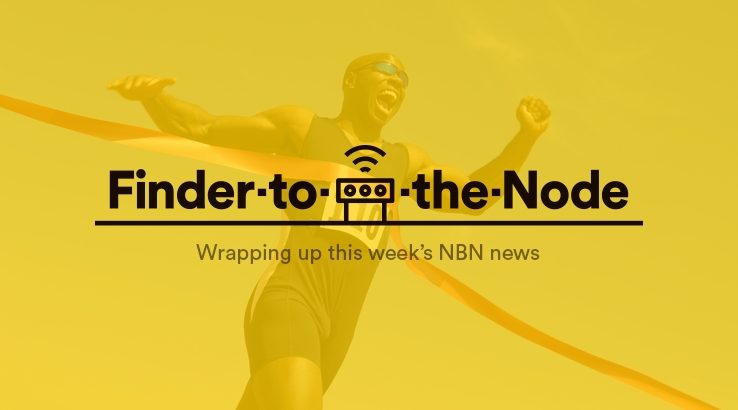 ISPs finally clean up their speed claims on NBN plans

Users who have recently compared the NBN plans of ISPs (internet service providers) such as Optus, Telstra and TPG might have noticed changes in how the various speed tiers are advertised. As discussed in previous columns, ISPs have, to varying degrees, adopted the advertising guidelines published by the Australian Competition and Consumer Commission (ACCC) after getting into hot water over misleading NBN speeds.

The ACCC is pushing ISPs to drop the "up to" claims in favour of advertising their services based on the actual speeds most consumers can expect to achieve during the busy evening period.

However, the level of speed disclosures varies depending on the ISP.

Optus appears to provide the most detail showing the "maximum off-peak speed" and "typical peak speed" in addition to the "average peak download speed" customers should expect from each of their NBN plans. According to Optus, the speeds are all drawn from a sample of its customers which is updated every quarter.

Over on Telstra’s NBN plans webpage, the telco advertises "typical minimum speeds between 7pm-11pm" on the NBN 25Mbps speed tier.

It has two "speed boosts" offering minimum speeds in the evening peak of 30Mbps (on the 50Mbps NBN tier) or a minimum 60Mbps on NBN 100Mbps tier.

Meanwhile, TPG NBN speed plans are now advertising each of their NBN speed tiers based on typical evening download speeds which include 10.6Mbps for the nbn12 plan, 21.3Mbps for nbn25, 36Mbps for nbn50 and 50Mbps for its top tier nbn100 plan.

It’s worth noting that in the case of Optus and Telstra, users will not see these revamped advertised speeds plastered alongside the actual plan. Telstra’s actual speed data, for instance, is buried inside a barely legible "critical information summary" link which we would argue most users would either miss entirely or not bother clicking on.

Other ISPs such as Aussie Broadband, Internode and iiNet at least show the typical evening speeds directly alongside their NBN plans, so users know exactly what speeds they are likely to achieve without the need for any further digging.

Regardless, this is a significant step forward for an industry that has become accustomed to marketing theoretical maximum speeds that no one will ever achieve to sell their internet plans. Advertising real world speeds that the end user is likely to receive particularly during the congested peak hours should go a long way in alleviating some of the public confusion.

TPG to compensate 8,000 of its customers over misleading NBN speeds

The ACCC crusade against telcos over misleading NBN speeds continues with TPG the latest to come under the hammer.

TPG has admitted that it mislead customers and contravened the Australian Consumer Law (ACL) by promoting and offering speed plans with maximum speeds that could not be delivered between 1 September 2015 and 30 June 2017. As a result, 8,000 of its customers will be compensated.

"The technical limitations of NBN’s fibre to the node technology meant many TPG customers could not reach the advertised 100/40 speeds they paid for. Some couldn’t even get half those advertised speeds," ACCC Chairman Rod Sims said.

"TPG charged customers higher prices for the promise of faster speeds, misleading many customers into paying a premium price for a service they could not get."

"This is the third major internet provider we have taken action against in the past few weeks. Internet service providers must take responsibility to ensure that their customers get the promised speeds that they pay for."

According to the ACCC, the conduct affected TPG customers who purchased TPG’s fibre-to-the node (FTTN) and fibre-to the-building (FTTB) NBN plans. These include:

The case against TPG is the third time a major internet provider has faced action for selling broadband speeds they could not deliver to customers. Just last week, Optus was required to provide compensation to 8,700 NBN customers while in November, Telstra was forced to refund 42,000 of its NBN customers.

Adelaide City Council has teamed up with TPG to deliver Australia's first 10 Gigabit fibre-to-the-premises network from early next year, giving city-based businesses and organisations a distinct competitive advantage. 10 Gigabit speeds are 100 times faster than the top NBN speeds of 100 megabits, which nbn and its ISPs have struggled to deliver.

According to the Adelaide City Council who has been working on the initiative for more than two years, there will be no charge for the installation of a 10 Gigabit Adelaide access point in buildings – this is being provided free of charge by the City of Adelaide and TPG. Furthermore, the cost for accessing the individual services will be "considerably less" than what is currently on offer in the marketplace – resulting in substantial cost-savings for businesses and organisations.

As this is a brand new fibre network being built separately from the NBN, the Adelaide City Council also expects the network to be free from the restrictions and congestion often experienced by existing NBN services.

Lord Mayor, Martin Haese, said the city would soon have a technological edge to add to what he said were its cost-of-living and desirable lifestyle advantages.

"This technology will be a gamechanger for the city of Adelaide. It will be a boon for local businesses and other organisations, but will also attract business from interstate and across the globe," he said.

"I say to the leaders of organisations paying huge dollars for office space on the top floors of skyscrapers in cities like Sydney or Hong Kong, consider doing business in Adelaide instead."

According to an analysis conducted by the South Australian Centre for Economic Studies, the Ten Gigabit Adelaide network will provide between $16 million and $76.4 million in economic benefits per annum and generate between 1,400 and 2,500 jobs over the first six years of the fibre infrastructure’s life.