Finder to the Node: Optus to compensate NBN customers on speeds 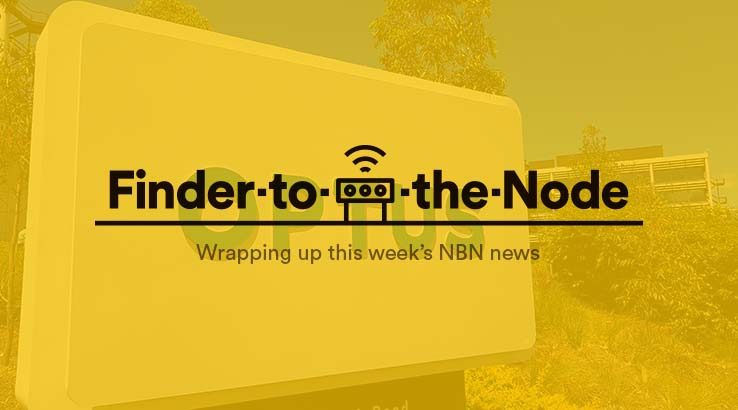 Optus will compensate more than 8,700 of its customers who were misled about maximum speeds they could achieve on certain Optus national broadband network plans.

Optus admitted that it is likely to have breached the Australian Consumer Law (ACL) by providing speeds slower than what it advertised between September 2015 and June 2017.

These slower speeds were due to “technical limitations” on the customers’ fibre-to-the-node (FTTN) connections, according to the Australian Competition and Consumer Commission (ACCC).

It’s likely that these customers were located more than 500 meters from the nearest node cabinet which limits connection speeds. Typically, an FTTN cabinet serves a few hundred homes in a radius of about 1.5km which has long been a bone of contention as FTTN speeds drop off dramatically the further you are from the cabinet, creating a digital divide.

The issue affected a range of customers across a number of different-tiered speed plans.

The ACCC revealed that almost half of Optus’ FTTN customers on its top-tier 100/40 Mbps plan were unable to reach maximum download speeds of up to 100 megabits per second, and maximum upload speeds of up to 40 megabits per second. Out of 11,326 customers, this amounts to 5,430 people. Of these 5,430 customers, 2,337 could not even reach half of that speed. Meanwhile, more than a quarter of its FTTN customers paying for a 50/20 Mbps plan could not receive those speeds and a further 1381 on 25/5 plans couldn’t hit this maximum.

“Optus is the second major internet provider we have taken action against for selling broadband speeds they could not deliver to their customers,” ACCC Chairman, Rod Sims, said.

“Worryingly, many affected Optus FTTN customers could not even receive the maximum speed of a lower-tier plan. This is a concerning trend we have seen throughout the industry and we are working to fix this.”

Optus has provided a court-enforceable undertaking to the ACCC detailing the remedies it will provide to affected customers, including refunds, moving speed plans, discounted speed plans, and exit from contracts without paying a fee.

Optus will be contacting affected consumers on or before 2 March 2018 by email or letter.

“Affected customers should carefully consider the remedies Optus is offering them to assess which best suits their needs. In some cases, consumers may consider it preferable to simply exit their contract with a refund rather than accept a service that does not meet their needs,” Mr Sims said.

Optus will also be required to check with customers, within four weeks of connecting a customer to a new NBN speed plan, to see whether they are receiving the speeds they paid for. If during that check, the customers are getting less than the advertised speeds, the telco will need to notify them and offer remedies.

An Optus spokesperson said it supported greater transparency on broadband speeds and was taking measures to improve the quality of experiences for customers.

“Optus acknowledges that it did not have the appropriate procedures in place to confirm the speed of the NBN service at the time of purchase by affected customers,” a spokesperson for the telco said in a statement

“We apologise to customers who have been affected by this error and are putting a process in place to rectify this issue.

“We have been working cooperatively with the ACCC to remediate affected customers for differences between their chosen speed plan and the speed obtained,” it said.

Other internet providers also in the ACCC’s crosshairs

In November, Telstra was required to provide compensation to 42,000 NBN customers after its promised maximum speeds were found to be not possible.

The case against Optus is the second time a major internet provider has faced action for selling broadband speeds they could not deliver to customers and it’s unlikely to be the last.

In August, nbn revealed that 35% of households with an active FTTN connection were incapable of achieving speeds in excess of 50Mbps, while only 32% of active FTTN connections can achieve maximum wholesale speeds of between 75 and 100 Mbps. Given that there are over 1.2 million active FTTN users, a significant amount of people are still likely paying for speeds that they’ll never achieve.

“This undertaking is yet another step towards an industry standard of providing accurate information to consumers about the speeds they can achieve in real-world conditions, and ensuring that consumers get what they pay for,” Mr Sims said.

“We are continuing to investigate other retail service providers selling NBN broadband plans, and will take enforcement action if we consider that they are not delivering on their promises to customers.”

Previously, Sims had revealed that the ACCC was focused squarely on the four largest players in the Australian market: Telstra, Optus, Vocus and TPG.

“We’re really focusing on the big ones. If we find a small one doing something dreadful, of course, we’ll take action as well, but the four biggest players are 90 percent of this market,” he said. “The main focus will be on Telstra, Optus, Vocus and TPG.”

Optus and Telstra are also the only two retailers to have updated their advertising in line with the ACCC's recommendations issued earlier this year which included advertising their services based on the speeds consumers can expect to achieve during the busy evening periods.