Finder to the Node: HFC woes as NBN grows 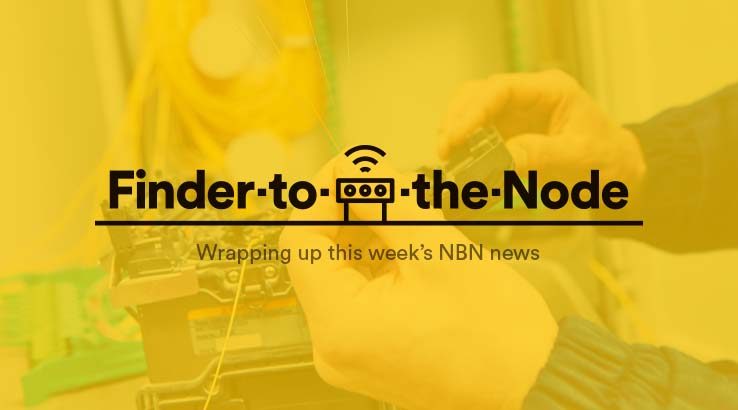 nbn has suspended HFC rollout as issues have continued to mount.

nbn is immediately halting the rollout of super-fast broadband delivered over pay TV cables as the network operator looks to undergo remediation work for some of its existing customers who are experiencing dropouts and slow internet speeds.

Nearly three million people are ultimately slated to get NBN via Hybrid Fibre Coaxial (HFC) connections. Almost one million of those premises are able to connect as of today, with 370,000 having done so. However, pushing a fast broadband signal down the same physical cable used for Foxtel channels has brought about unforeseen problems for the network builder that has culminated in poor and unreliable performance for a number of users.

nbn's chief executive says the number of complaints for HFC is higher than what he has seen on a number of other technologies used to connect people’s homes, though I would hazard to guess that it is unlikely to be higher than the much-maligned FTTN which uses copper instead of coaxial cables.

According to nbn, 1.1 percent of HFC connections were affected by dropouts that needed to be fixed, which translates into more than 4,000 households. It’s worth noting that not all affected customers would have complained so the number of people actually experiencing issues with their HFC connection is likely to be higher.

Compare NBN plans today to find the perfect plan for your needs.

So what does this mean for the remaining 2.6 million households still lined up to receive HFC? Well, provided nbn can solve the current problems surrounding HFC and actually improve those existing connections, the rollout will resume at some point in the near future.

"This will result in a six to nine-month average delay for those people that have yet to connect to the NBN network over HFC," says Morrow.

"And we're going to work through a number of issues focused primarily on those customers that already have the service today.”

While it’s nice to see nbn take a pause and actually sort out its problems with existing connections before marching on and creating new ones, the possibility of HFC being scrapped altogether in favour of something like Fibre-to-the-Curb shouldn’t be ruled out. It wouldn’t be an unprecedented move on nbn’s part. Just earlier this year, nbn switched as many as 700,000 planned HFC households to FTTC due to the Hybrid Fibre Coaxial network it acquired from Optus not being up to scratch.

Light at the end of the nbn limbo tunnel

nbn has started providing its retail service providers (RSPs) with data on when premises in connection limbo are expected to be switched onto the network.

The premises in connection limbo are households that require further work before their nbn connection can actually carry a service from an RSP. These premises are classified as “not yet ready to connect” by nbn and customers are left with little to no clarity on when they can expect their connection to be completed.

While all premises will ultimately get their NBN connection by the end of 2020, some premises deemed “not yet ready to connect” or equivalent could wait years for their service.

nbn says that it expects the number of affected households to hit 400,000 by the end of this financial year.

However, late last week some good news came for those households with nbn’s chief executive revealing in a senate estimates hearing, that the company will make it easier to find out approximately when their connection to the NBN is due to be made.

“While we can’t make every single person ready to connect at the same time, we are doing our best to provide better information to those who might be later than others,” Morrow said.

“I’m very pleased to say that one of these improvements that we’ve been working on – which is now live – is offering a predicted date that the [not yet ready to connect] premises will be able to order a service.

“This will be available to RSPs so that when their customers ring up to order a service, the RSPs will be able to tell customers when they will be ready to connect.