Finder to the Node: What’s the NBN worth to renters? 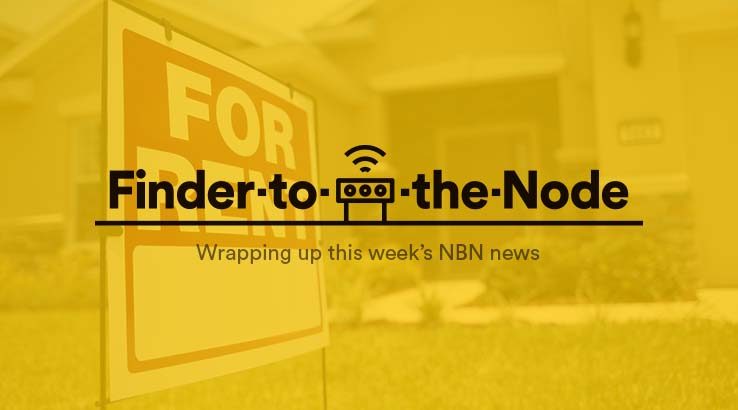 Millennials are paying more for property with NBN access according to new research.

The debate about the amount of impact that high internet speeds have on property values rages on with the latest data saying that an NBN-connected area is worth as much as $30 a month more to millennial renters.

The data comes from Cribz – an online property service designed to assist young people with their home search – after it polled its users and gathered their comments to assess the new importance of fast internet services.

“It’s also a priority that they be able to work from home, set up businesses at home and have more flexibility in their work lives. Fast, reliable internet speeds are now as important a utility as hot water and electricity were once in the past. Of course, we can’t live without those, but the internet is now just as important.”

According to the research, internet speeds have now risen to as high as fourth place on millennials’ list of priorities in choosing where to live, behind budget and proximity to shops, cafes and restaurants. Interestingly, the research found that fast internet speed is rated as far more important than car parking, apartment facilities and access to parks and open spaces.

"We’re not seeing these things as key trigger points anymore," says Mr Esho. "Many millennials are entering a different workforce compared with their parents, with more options to work from home or start their own internet businesses."

Cribz has crunched the numbers on how many houses were connected or to be connected in any given suburb to determine which Brisbane and Sydney suburbs have the (theoretically) best or worst internet connections.

It’s worth keeping in mind that the rankings are just an overall picture and that different blocks and streets within those suburbs will have different results when it comes to the quality of the internet connection.

North Lakes, for instance, is an area that has a mix of new housing developments which, by default, receives the vastly superior fibre-to-the-premises (FTTP), however, most established homes in the area are connected to the slower and less reliable fibre-to-the-node (FTTN).

Cribz findings on the importance of fast internet speeds amongst younger buyers in the 20-35 years old bracket are consistent with what real estate agents are saying, which is why it's not uncommon to find houses advertised as "NBN ready" in listings.

Dubbo, NSW, real estate agent Richard Tegart told ABC’s Four Corners recently that as well as queries about whether the NBN is connected, increasingly this question was being followed by: "Is it connected to fibre-to-the-premises (FTTP) or is it fibre-to-the-node (FTTN)?".

"It’s interesting that most consumers or buyers are certainly aware of what they want with internet connections," he said.

While first home buyers are most concerned about internet speed and reliability, families with young children still make up the majority of the property market and it would be fair to assume that other factors such as the quality of the schools are likely to be higher in their list of priorities. That said, most Australians view high-speed internet as a necessity and not a luxury, so it won’t be too far down the pecking order for the vast majority of people looking to buy or rent a home.