Finder to the Node: Lismore joins the FTTC party 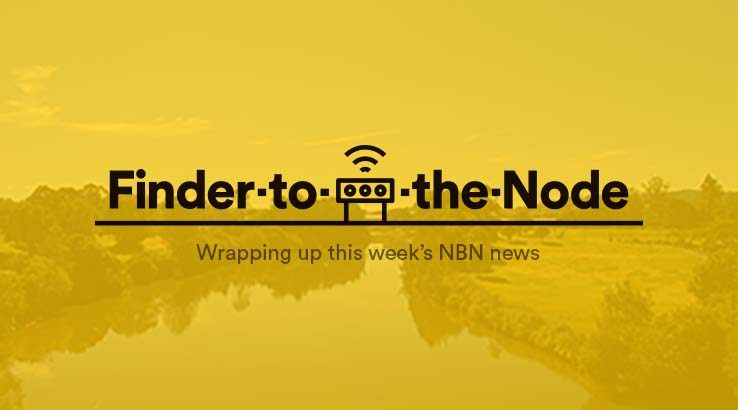 The rollout of Fibre-to-the-Curb is expanding.

One million premises are currently planned to receive FTTC of which the city of Lismore will now join, however, the cheaper and slower FTTN technology still makes up the majority of NBN’s footprint.

FTTC – also known as Fibre-to-the-Distribution-Point (FTTdp) – brings fibre up to the driveway of homes and businesses as opposed to node cabinets located on street corners. The shorter run of copper means faster and more reliable speeds on FTTC which is also upgradeable to 1Gbps speeds.

According to Shadow Minister for Regional Communications, Stephan Jones, Lismore is one of ten councils around the country that is arguing for better NBN technology over what was initially designated by nbn. Bellingen Shire Council also recently won a similar battle with nbn.

"It should send a clear message to nbn and the Government that what is being rolled out is not good enough for regional towns,” says Jones.

Earlier this year, Lismore experienced its biggest flood since 1974 and the council says that was one of the main reasons why it was pushing for FTTC rather than the slower and less flood-resistant FTTN.

Find a better broadband plan for your needs by comparing NBN plans.

Unlike copper, fibre optic cables aren’t damaged by water and are also more resilient to lightning strikes since glass doesn’t conduct electricity. Meanwhile, minor flooding is enough to stop FTTN cabinets from functioning, as we saw in the rural New South Wales town of Bowral last year. As such, an all-fibre network such as fibre to the premises (FTTP) is more durable during natural disasters.

While FTTC might not be as durable since copper is still being used from the driveway, it is at least more flood-resistant than FTTN as it doesn’t require the same power infrastructure or the use of large external cabinets.

However, Page MP, Kevin Hogan, is still holding out hope for an all-fibre network that he says will really set Lismore up for the future.

"I know a lot of communities are asking for fibre to the curb, so I am really glad Lismore will be one of the first.

"We're open to doing whatever is going to be best for our community, so I guess we are going to start those discussions about fibre to the curb and if there is some way we can work with nbn to perhaps even improve it to fibre to the premises, we might be open to that as a council.

“I am hoping we can work with them (nbn) to implement what they have done or even something better,” says Hogan.

Over six million premises can currently connect to the NBN, though only half that number are choosing to do so – a number that is likely to frustrate the many millions who are still eagerly awaiting for the NBN to reach their area.

For some business owners such as Eban Escott, founder of Brisbane-based tech startup Working Mouse and Codebots, the NBN is something that they cannot afford to wait for.

According to the nbn rollout map, Mr Escott’s place of business in St Lucia, which is located just 6km from the Brisbane CBD, would not be ready for service until June 2019.

With sluggish speeds proving detrimental to productivity, Mr Escott had a $7,000 fibre cable installed at his St Lucia business premises and now pays $800 a month for access.
Mr Escott told the Courier Mail that they had to get a faster connection “whatever the cost”.

“We were having to use a 4G wireless connection from the city – now something which used to take us 30 minutes takes 30 seconds.”

Brisbane, like some other major cities across the country, still lack NBN connectivity in areas where high levels of technology startups reside such as Fortitude Valley, which Mr Escott expressed great frustration over.

“I can’t understand why they didn’t start in the parts of Brisbane where the businesses are based, and instead have rolled out connections to the outer residential suburbs,” he said. “It doesn’t make sense – we’re the commercial capital of the entire state and we don’t have NBN.”