Finder to the Node: The rise of the NBN rivals 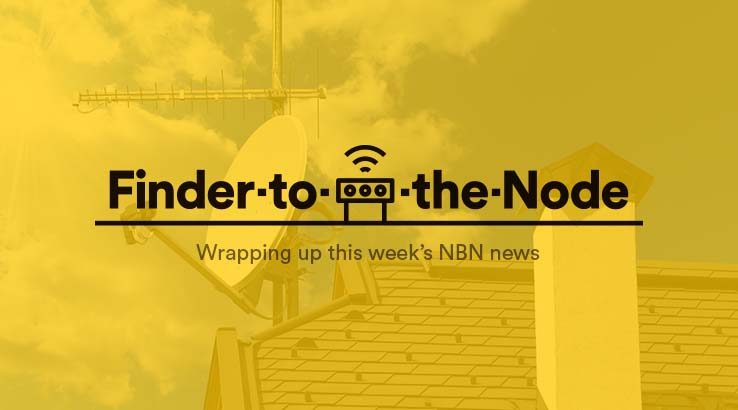 Did you know that not every high speed broadband connection in Australia uses the NBN?

f
With Australians becoming increasingly divided over the performance of the National Broadband Network (NBN), it’s easy to forget that there are a growing number of telecommunications companies offering a fibre alternative over their own independent networks.

I recently wrote about how smaller operators providing faster services appear to be gaining traction within regional and rural communities where the majority of users would otherwise be serviced by NBN’s slower and less reliable fixed wireless or satellite connections.

Since I wrote that column, I have had a number of people reach out to me asking about high-speed non-NBN fibre alternatives for those living in metropolitan areas.

These are people who either do not wish to wait for the NBN to be ready in their area, had installation problems or felt mislead about NBN’s speed offerings and are now left searching for faster and more reliable alternatives.

Apartment dwellers are likely to have a few options available to them as larger players continue to roll out their own fibre-to-the-basement (FTTB) networks in metropolitan areas, such as, TPG’s FTTB which covers in excess of 115,000 individual apartments.

Many new housing developments around Australia are also being hooked up with fibre services from OPENetworks and OptiComm which are then on-sold to customers through select internet providers such as Internode and Exetel.

However, the introduction of the controversial ‘broadband tax’ — a piece of legislation that imposes a monthly, per-premise charge on carriers that offer super-fast broadband services — is likely to limit any future expansion of these competing networks.

This hasn’t stopped some smaller players from deploying their own fibre optic network completely free from the network infrastructure built by nbn. These independent networks are cropping up, not only in rural parts of the country but also in major cities.

There are currently over 100 small companies that are offering blisteringly fast broadband to Australian households and businesses without the need for an NBN connection.

Both methods bypass the slower and ageing copper wire connections that link most homes in Australia to the internet from their street and, as a result, achieve much higher speeds than what is presently available over the NBN. In some cases, it can be cheaper as well.

Another standout feature is symmetrical connections, meaning the upload rate is the same as the download speed. This is something that simply isn’t possible with copper-based NBN connections like fibre-to-the-node (FTTN).

Companies like Spirit Telecom, for instance, offer 100 Mbps down and 100 Mbps up with unlimited data for $96 a month. The company also offers a 200/200 Mbps speed tier option.

By comparison, NBN plans from internet providers typically top out at 100/40 Mbps and can cost somewhere in the neighbourhood of $100 per month with capped data. These smaller operators also claim to be free of congestion during peak hours, which a number of NBN internet service providers have fallen victim to.

Melbourne-based Lightning Broadband is another example. Lightning’s CEO Jeremy Rich recently told the New Daily that internet users were “desperate” for more reliable and faster alternatives after poor customer experiences. He said that the biggest challenge smaller operators like himself experience is in getting the message across to customers that they are completely independent of the NBN.

“There is a lot of confusion in this space. There has been aggressive marketing from nbn and telcos offering NBN plans. They’re calling up customers saying they have to switch to an NBN plan.

“But the reality is that they don’t. I often have to repeat it, sometimes three times, to customers that we offer an alternative to the NBN. We are separate.”

The promise of faster speeds and a more reliable connection is likely to be very appealing particularly to those who are dissatisfied with their existing NBN connection.

However, be aware that while the presence of independent networks is growing, the likelihood of them being available in your area is still limited, so be sure to check your address with the service provider as a first step.

Also be aware that the initial installation of a fibre and fixed wireless service can be on the expensive side. Lightning Broadband, for instance, charges $499 to install a small microwave receiver on your home’s antenna.