Finder to the Node: The NBN and the threat of 5G - finder.com.au

Finder to the Node: The NBN and the threat of 5G 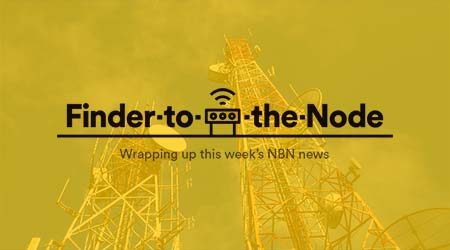 Upcoming 5G networks could threaten NBN connections according to the ACCC.

The high cost of NBN plans, connection delays and underwhelming speeds of NBN services could lead to many Australians substituting their fixed-line connection for a mobile-only broadband service according to a draft report released by the Australian Competition and Consumer Commission (ACCC).

As of 2016, 20% of Australians rely on a mobile-only broadband service but this number could rise significantly with the arrival of 5G in 2020, which promises theoretical speeds of up to 10Gbps, making it a hundred times faster than the 100Mbps speed plans most Australians have access to on NBN.

The report says that the degree of future substitution to wireless technologies will, in part, depend on the performance of NBN services in terms of price and service quality. However, the consumer watchdog welcomed the arrival of 5G stating that its potential for disruption will “enable greater competition, and therefore a reduction in prices, improved quality of services, and greater consumer choice.”

While 5G has the potential to offer faster and more convenient broadband access to Australians, it’s full capacity will only be achieved through very large investments in infrastructure by telco operators. Mobile 5G connections will also need to offer large data quotas at comparable prices if they’re to become a substitute for fixed-line home internet connections. Currently, only a handful of mobile internet plans offer data allowances of 100GB a month.

Australians reluctant to switch to NBN and higher speed plans

The report from the ACCC also revealed that less than half of the 6.2 million households and businesses able to join the National Broadband Network have done so and those who have joined are accessing it at the lowest speeds available.

Higher speed plans are a considerable jump in price over base plans, which explains the poor uptake in faster speeds by most households. However, it also highlights the failure of internet providers to educate their customers about the different speed tiers available to them.

ACCC chairman Rod Sims said that the report had given the commission a good idea of the problems consumers were facing, which he says largely revolve around connection and activation issues as consumers transition to the NBN, and pricing and speed claims.

"The study has highlighted a number of areas of consumer concerns which will benefit from some immediate actions," he said.

The report revealed there has been a 79% increase in NBN-related complaints received by the Telecommunications Industry Ombudsman (TIO) in the past year, even when adjusted for an increase in activations. In its report, the ACCC said the allocation of responsibilities in fixing service faults was an issue that was affecting consumers.

"The allocation of responsibility for connections and service faults between nbnco and service providers is an issue that will affect consumer experiences, especially where consumers suffer detriment," it said.

The ACCC reaffirmed its commitment to the Broadband Performance Monitoring and Reporting program that will make publicly available the speeds customers can expect with certain providers, particularly during peak hours.

In August, the ACCC launched tough new guidelines that requested internet providers to advertise the “typical minimum speeds” during peak times rather than misleading theoretical speeds which customers will never be able to obtain.