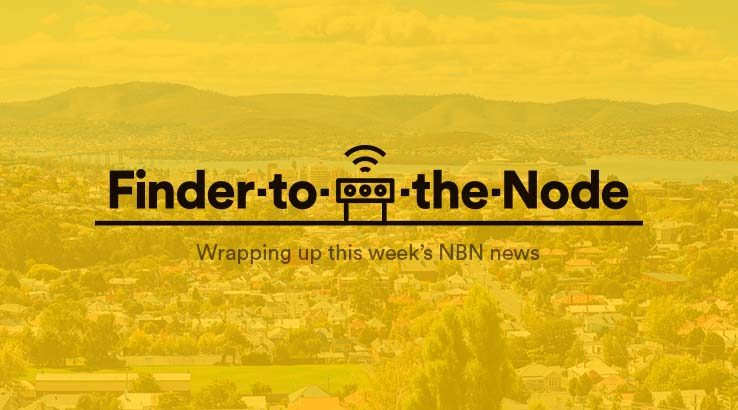 Tasmania boasts Australia’s only gigabit Internet cities, but at what cost?

The move is spearheaded by Tasmanian ISP, Launtel, which offers its customers speed tiers of up to 1 Gbps download and 400 Mbps upload. The cities of Hobart and Launceston are now among elite cities that boast the world’s fastest Internet, joining the likes of Amsterdam, Moscow, Hyderabad, Singapore, Toronto and Barcelona.

Hobart and Launceston are on an all-fibre connection known as fibre to the premises (FTTP) and were one of the first in the country to get connected to the NBN. A change of federal government and subsequent political decisions saw the rollout change for parts of Tasmania and almost all of the Australian mainland to fibre-to-the-node (FTTN), which uses copper lines instead of fibre for the last mile connection into people's homes.

The city centres are on fixed fibre connections while the surrounding suburbs are all on fixed wireless, according to nbn’s national rollout map.

Launtel CEO, Michael Costigan, said that for various political, economic and logistical reasons, Tasmania is likely to remain the only state in Australia with widely available gigabit connectivity for at least the next several years.

“Tasmania must seize this golden opportunity to claim what is effectively Australia’s version of Silicon Valley and become the nation’s point of contact for the other gigabit economies around the world,” he said.

The company believes Tasmania could achieve similar results as the US city of Chattanooga Tennessee, where gigabit connectivity infrastructure and a subsequent economic boom led to wage growth in line with capital city levels as young people flocked back to the city.

Costigan said the company will pursue upgrading other areas of Tasmania including Burnie and Devonport to gigabit fibre.

“It’s an industry that firmly places Tasmania at the forefront of the high-tech industry in Australia, and makes it the logical business location for Australian businesses wishing to interact on equal terms with other high-speed economies around the world.”

Of course, building an all-fibre network doesn’t come cheap, as nbn is quick to point out, with the network builder revealing for the first time the ten most expensive FTTP connections in each state and territory. According to data provided to the ABC, Tasmania ranks as the most expensive state for rolling out FTTP connections with high costs for select properties in Invermay ($86,533), Kingston ($55,766), Relbia ($44,157) and Riverside ($39,166).

At a Senate hearing on Tuesday evening, nbn chief, Bill Morrow, signalled the broadband network will announce a new pricing deal by Christmas that will offer Australians faster speeds at more competitive prices.

Morrow had previously hinted at the prospect of reducing or revamping nbn’s wholesale charges to encourage ISPs to buy enough bandwidth that would give end users better speeds, particularly during the busy peak hour periods between 6pm and 11pm. But Morrow quickly ruled out any further substantial review in a company blog post shortly thereafter.

The latest statement by Morrow confirms that nbn’s pricing structure will indeed be adjusted.

"We are hoping that we can put something [to the] public by the end of the year...there will be an announcement before Christmas, I promise you that," Morrow said.

The company has evaluated "almost everything", Mr Morrow said, including whether to drop its cheapest 12mb product, but has decided it should remain as an entry level service.

"If we can do something to say how about we have a far more attractive price that gives you a 50mb speed product, and we have some inclusive CVC [Connectivity Virtual Circuit – a mandated network capacity charge] that comes with that, and an attractive growth rate thereafter, now we are talking," he said.

Morrow’s statement suggests that the government-owned company is looking to encourage customers to take up the faster 50 Mbps download and 20 Mbps upload speed package from their ISP instead of opting for the default 25/5 Mbps speed plan often promoted by ISPs. For this to happen, it will require ISPs to buy more bandwidth from nbn so it will be interesting to see what sort of pricing model it comes up with, keeping in mind that the network builder is required to make a profit and repay government loans.

nbn will deploy G.fast technology to end users on nbn’s Fibre-to-the-Building (FTTB) and Fibre-to-the-Curb (FTTC) networks, which it claims will deliver speeds of up to 1Gbps over copper lines, from as early as next year.

nbn trialled G.fast technology in October 2015, achieving speeds of 600Mbps on a 20-year-old stretch of 100-metre copper cabling and will conduct further testing before launch.

“Bringing G.fast technology to the nbn access network in 2018 again shows our commitment to being at the cutting edge of emerging technologies,” nbn’s Chief Strategy Officer, JB Rousselot, said in a statement.

“Adding G.fast to the toolkit for the FTTC and FTTB networks will allow us to deliver ultra-fast services faster and more cost-effectively than if we had to deliver them on a full Fibre-to-the-Premises connection.”

FTTC is where fibre runs all the way to the driveway while FTTB networks run fibre all the way into an apartment block or office, leading to a significantly shorter copper run than what is the case with FTTN and, as a result, produces faster and more reliable connections.

Over 50% of premises will be connected to the national broadband network via FTTN, FTTB and FTTC. However, it’s important to note that G.fast will not be deployed to premises that are served by FTTN due to the varying lengths of copper distances involved between individual premises and the node cabinets installed in neighbourhoods.