Finder to the Node: 3 million premises switched on 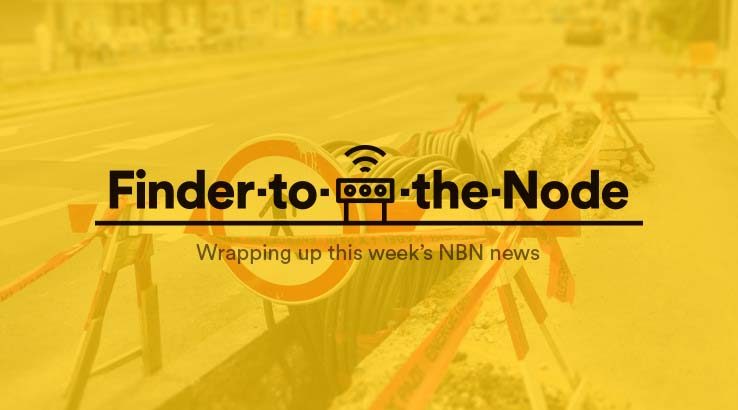 But the rapid rollout comes at a cost

It’s been a whirlwind week for nbn with the government-owned company announcing that three million premises are now actively using the network while Australia’s Telecommunications Industry Ombudsman (TIO) reported that consumer complaints about internet services in Australia have, for the first time, surpassed mobile phone complaints.

According to nbn’s Chief Network Engineering Officer, Peter Ryan, one million of those three million premises were activated in the last six months alone.

“Our achievement really shows the success of the Multi-Technology Mix model as we have now connected two million more customers to the nbn access network in the last 17 months – with 1.4 million of these connections coming from Fibre-to-the-Node (FTTN) and Hybrid-Fibre-Coaxial (HFC),” he said in a company blog post.

“When Fibre-to-the-Premises (FTTP) was our only fixed-broadband option (along with our Fixed-Wireless and Satellite services) it took nearly five years to reach our first one million activations in May 2016. And now with the introduction of the Multi-Technology Mix we’ve added another two million customers in under 18 months,” he added.

However, the rapid pace of the rollout coupled with the use of the existing copper network has left some customers with slower speeds or with no internet or phone service at all. nbn says that it is already hard at work doing what it can to improve the end customers’ connection experience and the online experience once people are connected.

“We’re focused on what we call ‘aged tickets’ within the nbn system – customers who’ve been waiting too long to connect to the NBN access network. Aged tickets happen when something out of the ordinary occurs that means we cannot connect the premises to the NBN access network. We’re now working flat out to resolve aged tickets older than four weeks out of the system. We want these premises connected to the network as soon as possible.

“At the same time, we’re also turning our attention to making sure that these aged tickets don’t appear in the first place by working with our delivery partners and internet providers to ensure we’re all properly aligned in the activations process and know exactly what is going on with each premises,” Ryan said.

The network builder says that its ultimate aim is to stop customers getting “ping-ponged” between nbn and RSPs to solve a problem.

“We know this has to stop. To help to do this, we’re empowering our delivery partners so that the technician that visits your house has the tools to finish the job while they are there. We don’t want them leaving until the job is done.”

The TIO, which provides an independent dispute resolution service for small business and residential customers who have a complaint about their telephone or internet service, released its Annual Report 2016/17 today, revealing a 159% surge in nbn-related complaints compared to the year before.

“Complaints about services delivered over the National Broadband Network more than doubled, and while this is somewhat to be expected given the accelerating rollout, the increase is a cause for concern,” Telecommunications Industry Ombudsman, Judi Jones, said in the report.

“The National Broadband Network project is complex, and it is important all parties involved work together to ensure a great consumer experience.”

nbn said in a statement that it acknowledges that the increase in complaints to the TIO about services delivered over its network in the 2016/17 financial year is “regrettable”.

“Overall TIO complaints about services delivered over the NBN network represent about 1% of the number of activated premises,” nbn said. “We are working with retail service providers and industry as a priority to improve these figures and the overall experience for consumers.

“There is a direct correlation between the speed of the rollout and the increase in complaints – while the business is taking this very seriously and working to improve the customer experience, it is an unfortunate reality of such a fast-paced infrastructure build.”