Finder to the Node: Is your home slowing down your NBN connection? 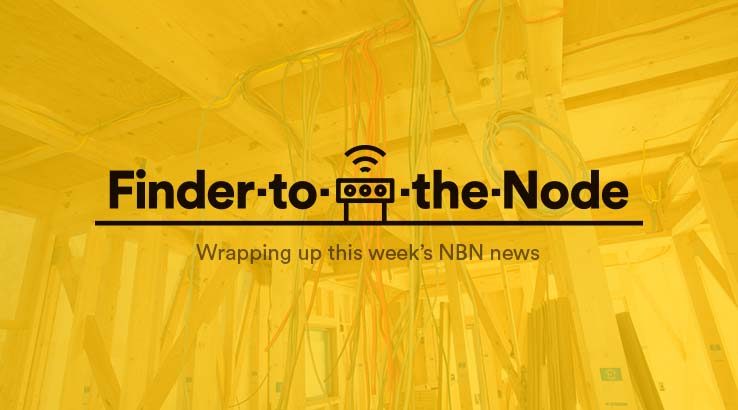 If you're experiencing sluggish NBN speeds, nbn wants you to consider whether your in-home wiring might be to blame.

Back in July, I wrote up a story on the various ways you can speed up your Fibre-to-the-Node (FTTN) NBN connection, which covered everything from the choice of the modem to changing the line profile of your connection.

The story also highlighted how much of an impact the quality of the internal copper wiring that runs to and from telephone sockets inside your home can have on Internet speeds and the overall stability of the connection.

A home that has multiple telephone outlets, for instance, creates additional joins in the internal wiring which increases the level of electromagnetic interference and crosstalk that can cause your connection to drop out on a regular basis in addition to significantly reducing the end speeds delivered to your modem.

Getting in a licensed cabler to disconnect unused telephone outlets so that you effectively have a single cable running directly to the telephone outlet that your modem is connected to can greatly improve performance. In my case, I was able to almost double my sync speeds.

The problem is that there is no way of knowing for sure whether your old copper wiring is actually the culprit until you get a cabler in to do the job.

Compare NBN plans to find the perfect plan for your needs.

Thankfully, nbn has stepped in and, in the coming weeks, it will begin a trial of a new diagnostic tool designed to remotely detect premises that may be suffering from speed issues related to in-home wiring faults.

While the five-week trial is being conducted on premises within the NBN's FTTN footprint, poor internal wiring can adversely affect all VDSL-based technologies including Fibre-to-the-Building (FTTB) and Fibre-to-the-Curb (FTTC).

As in-home wiring issues are beyond their own remit, nbn will be connecting directly with a select group of end customers from some of the nation’s largest telcos to test this new diagnostic tool.

"At these premises, we will undertake testing and a limited range of remediation activities – including isolating wiring from the first phone socket and simple repair and alteration of premises wiring – at no charge to the end user," nbn acting CTO, Carolyn Phiddian, said in a company blog post.

The trial comes after the network builder conducted a preliminary study earlier this year involving nearly 800 homes connected to the FTTN network. According to nbn, the study found that one in two premises which were suffering from speed performance issues were due to in-home wiring.

“In many of these cases, poor wiring caused download speeds to degrade by more than 50 percent,” Ms Phiddian wrote.

Outside of closing off unused phone outlets, nbn says that moving the modem to the first socket, installing a central splitter or re-cabling poor wiring are all simple fixes that can help to improve performance.

“Our study found that these fixes resulted in an average speed increase of 55 percent (from 30Mbps to 46Mbps download speeds),” Phiddian said.

If the five-week trial proves a success, nbn plans to make the tool available as a diagnostic resource for Internet service providers like Telstra, TPG and Aussie Broadband to help address common speed issues experienced by end users.

“We hope we will be able to share the results of this trial with our retail service providers soon and look forward to providing this new tool to lift end-user experience and improve the level of service being delivered over the NBN,” Ms Phiddian added.

If the tool works as advertised and is made available to internet providers, then it should make troubleshooting slow or unstable FTTN connections a little bit easier. Of course, those with good in-home wiring should experience little to no impact on their FTTN speeds.

It’s important to remember that the maximum achievable speeds on an FTTN network are based on the length of the copper that runs from the premises to the nearest node cabinet positioned on street corners. The closer your home is to the cabinet, the closer you’ll get to the top 100/40 Mbps speeds while homes located further away frequently report sluggish speeds. nbn claims that around two-thirds of end-users are within 400 metres of their FTTN cabinet.