Finder to the Node: The cost of Technology Choice 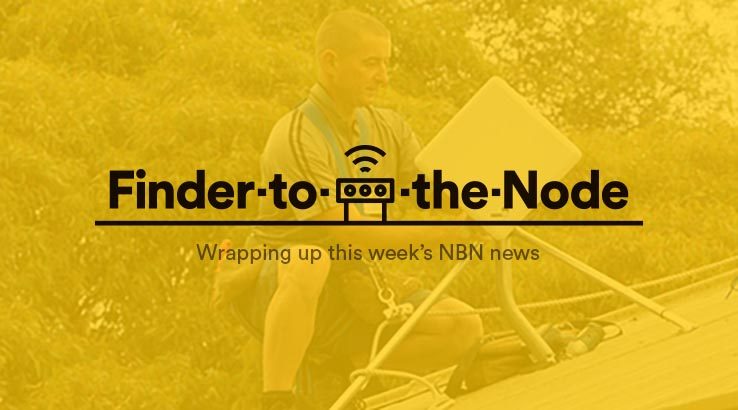 How much to upgrade your existing NBN connection? The answer for one individual in Queensland was over $200K.

Ever wondered how much it would cost to switch your home or commercial premises to a different NBN-broadband technology than the one that has been designated to you?

Earlier this year, I wrote up our guide on nbn’s Technology Choice program that basically enables users to pay out of their own pocket to upgrade their existing NBN-connection technology to something faster. At the time I wrote the guide, nbn communicated to me that fewer than 50 connections had been completed under the Technology Choice program from the several thousand initial applications that the network builder received from across the country, so clearly the quoted prices turned a lot of people away.

nbn was reluctant to provide actual cost examples and would only provide a rough ballpark, which was between a couple of thousand dollars to tens of thousands of dollars.

But now we finally have an example of actual costings, albeit an extreme one, based on a real user that had their NBN-connection technology upgraded under the program.

In response to Senate Estimates Questions on Notice, nbn said the highest quote it has provided for an individual switch from fixed wireless to the gold standard of Fibre to the Premises (FTTP) under its Technology Choice program was $217,600 – a sum that was promptly paid by an individual living in the small western Queensland town of Shaw.

nbn says that the service upgrade has been completed, so presumably that particular premises is now enjoying their hard-earned, full-fat fibre connection.

The highest figure provided in a quote for the switch from Fibre to the Node (FTTN) to FTTP was $149,937 for a single premises in Katoomba, New South Wales, with the quote declined by the applicant.

Of course, a more cost effective way to do a Technology Choice switch is to band together with other residents in your street and share the costs of the infrastructure upgrade. We can only assume that the individual from Shaw didn't have many takers on sharing the cost of that particular bill.

"A single end user applying for a technology choice upgrade will typically pay a significant amount, particularly if theirs is the first request in the area," nbn explained.

"The majority of this figure is related to the cost of equipment in the exchange that nbn may not otherwise have had to install. In order to provision an FTTP service for one end user, significant, complex work is often required at the exchange in order to transmit an FTTP service,” nbn said.

It’s worth noting that in May, nbn said the lowest cost for its Technology Choice program saw it charge a customer AU$983, while the average cost for those who have been provided with a build quote stood at $15,800.

As of June 30, nbn had received 2,752 individual switch applications, with almost 40 percent of those applicants residing in New South Wales. Of these, switching from FTTN to FTTP was overwhelmingly the most popular request.

nbn has started construction on only 66 of these quotes, so it’s still early days for the program and the network builder says that the cost to upgrade NBN-connection technology will, in time, get cheaper as the price of equipment inevitably falls.

The cost of upgrading your NBN connection depends on a number of factors including the type of network technology you’re upgrading from and the location of your premises in relation to existing NBN infrastructure. For instance, the cost to upgrade a house that is located within 200 metres from an NBN street cabinet will be lower than someone who lives over a kilometre away.

Other factors include how much new civil work is required, such as the amount of new trenching that would be necessary to complete the connection.

Unfortunately, there’s no way to get even a ballpark figure without paying a blind quote fee of $660 to nbn, which could be money down the drain if they come back with a price you’re not willing to pay.

Whether you're looking for the cheapest plan…

NBN $3.5 billion upgrade: Will you get faster Internet?

NBN Co is shaking up its multi-technology mix…

WiFi plans come with a modem so you can get…