Finder to the Node: 6 million homes can get the NBN 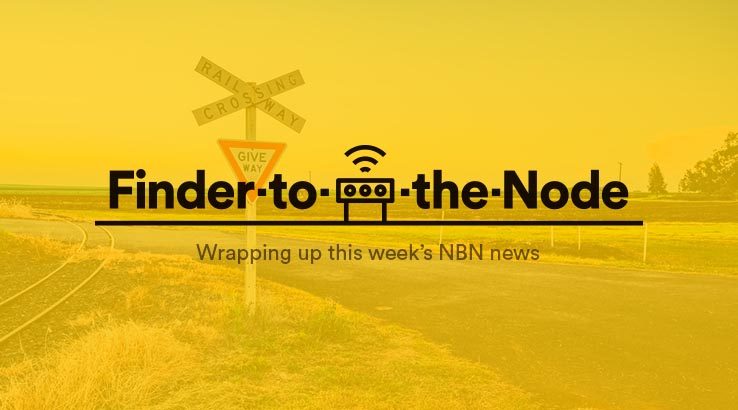 Though the residents of Bundaberg are looking elsewhere.

Despite all of the recent kerfuffle surrounding diving speeds, the NBN rollout continues to march along, with the government-owned company nbn announcing that 6 million homes and businesses are now able to connect to the network.

The take-up rate is still less than half, with only 2.7 million premises actually connected, but nbn says that around 40,000 new premises are signing up with Internet providers each week. The network is more than halfway built and is scheduled to be three-quarters of the way built by mid-2018 and complete by 2020.

Sadly, only very few people appear to be taking advantage of the faster speeds available on the network, with the ACCC’s recent Wholesale Market Indicators report showing that at the end of the last quarter 83.7% of all users were on the two slowest speed tiers available: 12/1Mbps and 25/5Mbps.

Bucking this trend, however, are amaysim customers. The telco reported today that since launching its own branded NBN service in early May, up to one-third of its “3,000 plus” customers are on its highest speed tier plans. The company appears to be actively targeting its existing mobile customers that are in NBN serviceable areas. It will be interesting to see whether amaysim can continue to attract users to its higher speed plans as it grows its customer base.

Three residents of the regional Queensland town of Bundaberg have become frustrated with the time it's taking for the NBN to reach their homes and have taken matters into their own hands by rolling out their own Internet service.

Business owner Luke Baker claims that their service gives local residents access to speeds of up to double those offered under the National Broadband Network. Baker says that he decided to act after seeing the congestion and slow speeds delivered to many NBN users.

“I looked into the issue and found a couple of other guys that had been down the same route as me and we all teamed together to free Bundaberg from the shackles of bad Internet,” he said.

The network will be run by Baker’s Open Cloud Broadband company, which will fit out two towers in town with transmitting equipment, and install small satellite dishes on the roofs of subscribers. The network will be in no way connected to the NBN or any telco such as Telstra or Optus, meaning that users are unlikely to face the reported problems of congestion and low bandwidth.

Open Cloud Broadband is selling speed packages of up to 200Mbps, which is double the 100Mbps maximum NBN speeds sold by telcos. However, it’s worth noting that the NBN rollout in Bundaberg is predominantly made up of fixed wireless technology, which currently tops out at 50Mbps in download speeds and 20Mbps in upload speeds.

Mr Baker says that he is banking on not only the congestion and bandwidth issues, but also the resentment of users who are angry about being forced onto the NBN.

“We might be just here in Bundy at the moment, but as far as I see it, it’s a once-in-a-lifetime opportunity to get a real foothold in the market,” he said. "There has never been a time like it in Australian history where we have a monopoly that is causing such pain and frustration and people who are looking for an alternative... We can provide people with that alternative and expand.”