Finder to the Node: Optus hops on the NBN refund bus - finder.com.au

Finder to the Node: Optus hops on the NBN refund bus 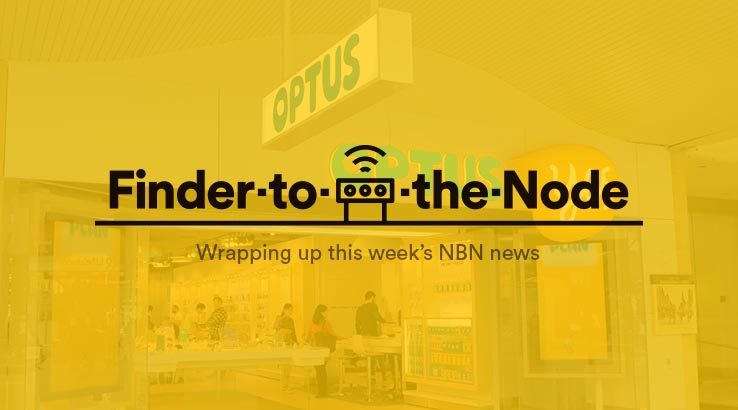 Optus has opened its NBN reimbursement fund while the ACCC begins its crackdown on broadband speed advertising.

Optus broadband customers who have signed up for NBN home Internet deals but have not received the fast speeds they expected could be eligible to be partly reimbursed for their expensive packages.

The country’s second-largest telco says it will reimburse its NBN customers who overpaid for home Internet speeds they could never achieve. The news comes three months after Telstra announced it would refund 8000 of its NBN customers for the same reason. Optus is now investigating how many of its customers would be eligible for compensation.

“Optus is undertaking a similar process [to Telstra] in respect of those customers where it has been confirmed that the underlying NBN service cannot deliver the speed they signed up for,” an Optus spokesperson said.

“This is an underlying NBN copper access issue specifically for fibre-to-the-node and fibre-to-the-basement services and affects all RSPs [retail service providers].”

With both Telstra and Optus occupying over 70% of the NBN market, it should cover a fair chunk of customers. With that said, it would be good to see other RSPs step up and do the same for its customers.

ACCC to crack down on ISPs’ deceptive NBN advertising

ACCC chairman, Rod Sims says that under the new guidelines, ISPs would be requested to advertise “typical minimum speeds” during peak times rather than misleading “up to” speeds.

“Retailers should be very clear with customers about the typical speeds they can expect during busy evening periods. It is not acceptable to advertise an ‘up to’ speed claim, as this can give the false impression that the speed advertised is achievable at most times, including during the busy period."

“In some cases, it is not clear from the advertisements what sorts of Internet speeds consumers can expect at all,” Mr Sims said.

Historically, ISPs advertise their services based on theoretical maximum Internet speeds that may be delivered during off-peak periods under the “up to” moniker. However, the recent backlash around the dramatic drop-off in speeds experienced by many users during the peak hours of 7pm-11pm has prompted the ACCC to take action.

ISPs have been guilty of not buying enough bandwidth for their customers which has led to speeds plummeting during busy periods. Just last week, the ACCC revealed that ISPs on average bought just 1.09 Mbps of capacity for each user in the last quarter.

“Currently around 30 percent of NBN customers have been sold low-speed plans, with many not realising their Internet speeds may not be any better — and in some cases worse — than existing ADSL services,” ACCC Chairman Rod Sims said.

Other than requesting ISPs to advertise typical minimum speeds, the guidelines also stipulate that consumers be given a refund or the option to exit their contract if problems relating to the speed of their connection are not resolved within a timely manner.

Mr Sims said the new advertising guidelines would be voluntary, but he expected the vast majority of telcos to follow them. The ACCC has the option of taking legal action, or of requesting legislative changes if they fail to do so. He said the ACCC was currently investigating “all the major players” over their NBN advertisements.

nbn has announced that it is aiming to launch DOCSIS 3.1 technology across its hybrid fibre-coaxial (HFC) network before the end of 2018 after being delayed from launching the technology in the second half of 2017. The network builder ran its first lab tests on the technology back in June and more are scheduled for this month, with the first set of trials set to take place next February.

"We're still working out final details on where those trials will be. We will launch [the trials] from around four HFC nodes," nbn's executive manager of corporate media, Tony Brown, said.

The DOCSIS 3.1 technology is exciting news for HFC users as it opens the door to 1Gbps download speeds and 100Mbps upload speed. Fibre-to-the-Premises (FttP) is currently the only NBN technology able to offer 1Gbps speeds.

nbn currently has around 850,000 HFC premises ready for service and about 210,000 active services. About three million premises will form the HFC footprint once the NBN is complete.