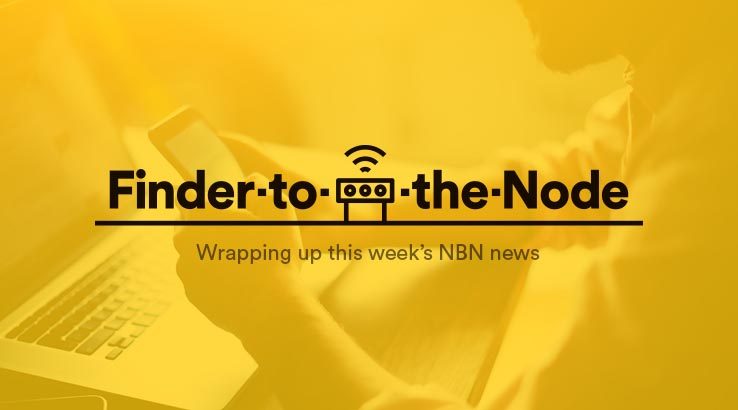 And the ACCC has weighed in again on the NBN speed debate.

nbn has revealed that 6% of households with active fibre-to-the-node connections are struggling to achieve download speeds of 25Mbps, while a further 29% are incapable of achieving speeds in excess of 50Mbps.

The figures released by the network builder reveal for the first time the maximum speeds users on FTTN could get if their end-to-end connection to the NBN operated in perfect conditions. In reality, the speeds received by end users will be lower due to a variety of factors that impact performance, such as network congestion at the Internet service provider (ISP) level and the condition of in-home wiring.

nbn says that approximately 65% of FTTN services can achieve download speeds between 50 and 100Mbps. If we break down this 65% figure further, we see that 32% of FTTN connections can achieve maximum wholesale speeds of between 75 and 100Mbps and 33% can attain 50-75Mbps.

The figures released by nbn take into account all active FTTN services in operation up until the 18th of June which comes to 906,662 connections. This means that 54,400 FTTN users cannot get beyond 25Mbps.

nbn noted that the attainable speeds on services may ultimately be greater. Currently, FTTN services coexist with legacy services on the copper network, which limits performance. The "coexistence profile" restriction is lifted 18 months after an area is first made ready for service at which point traditional copper-based phone and Internet services are severed, bumping up FTTN speeds in the process.

The government-owned company says that it will take action to fix FTTN services not capable of achieving download speeds of 25Mbps after legacy services on the copper network are switched off.

“Where the network is not capable of providing the minimum wholesale download speeds after coexistence has ended, nbn will take action to rectify any issues so that minimum standards are met,” the company said.

The Australian Competition and Consumer Commission has released its sixth quarterly National Broadband Network Wholesale Market Indicators Report for the period ending 30 June 2017, and it provides some much-needed numbers in the ongoing debate between the NBN and ISPs over access speeds.

The good news is that ISPs have actually started to buy more bandwidth to service their customers, with the ACCC’s data showing that the average CVC capacity acquired per user across the NBN has increased by almost 10% during the last quarter.

This translates to the average capacity for each user on the network moving from 1Mbps to 1.09Mbps. While the upward trajectory is a good sign, it’s clear that more needs to be done to keep up with the demands of peak-time usage. At the current rate, if every home were using the NBN at the same time, they would achieve a fraction of the speeds that are delivered under most existing ADSL connections.

nbn CEO Bill Morrow says that under its pricing model, ISPs could double their capacity to 2Mbps for each end user “for around an extra $5 per month”. Morrow accused ISPs of a “land grab” for market share mentality where pricing is the focus and not speeds or quality of service. ISPs blame the NBN.

ACCC boss Rod Sims says that he plans to add what sorts of speeds users can expect to get during peak hours to his quarterly reports, so that customers can make a more informed decision on whether provider A or B is offering better services.

“CVC is an important component of how retailers provide enough capacity to deliver the speed of services they have sold to their customers, particularly during peak periods. The ACCC Broadband Performance Monitoring and Reporting program will be monitoring whether consumers are receiving the speeds they have paid for,” Mr Sims said.

The ACCC says that it “is currently consulting with the industry about whether further information relating to the amount of CVC capacity acquired and the utilisation of that capacity by each access seeker group should be reported by nbn.”