Finder to the Node: nbn's speed war with ISPs - finder.com.au

Finder to the Node: nbn’s speed war with ISPs 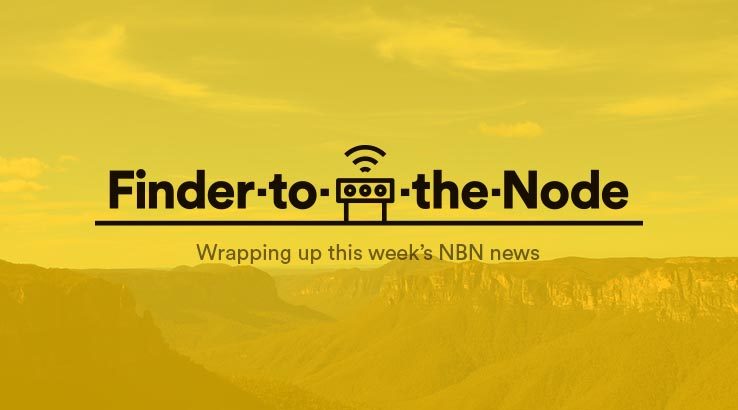 This week in broadband news, ISPs are switching customers to FTTP to lock them in, while nbn goes on the offensive about speeds.

Update: An earlier version of this column discussed an AFR quote with NBN's Tony Brown stating that Internet service providers (ISPs) have been subsidising a shift to FTTP using the NBN Technology Choice program. Mr Brown has since reached out to clarify he was misunderstood and to his knowledge, no ISPs have currently taken this approach. We've removed that section of the story for accuracy.

Find a better NBN plan from one of Australia's leading broadband providers.

Blackheath residents speak out about the NBN

More than 60 residents and small business owners from Blackheath – an Australian town located near the highest point of the Blue Mountains – have expressed their frustration at the Internet service the NBN has delivered them.

Blackheath has received a fibre-to-the-node service, which means that the last mile connection to people’s homes is delivered via the existing copper telephone network. The complaints centred around slow speeds and dropouts in addition to installation problems and wait times.

Blackheath is the latest in what has become a daily cycle of stories featuring unhappy residents with slow or non-existent Internet connections.

It’s worth noting that a handful of Blackheath residents did express their satisfaction with the service, but the overwhelming majority were not happy with their NBN experience. This includes one resident who was told that the copper from the node to his house was laid in 1932. These issues are compounded in many parts of the Mountains by unreliable mobile reception.

If anything, Blackheath is a good example of the performance issues that can arise when fibre-to–the-node connections are delivered over a copper network in older towns.

nbn hits back at ISPs

nbn chief executive Bill Morrow recently hinted at the prospect of reducing or revamping nbn's wholesale charges to encourage ISPs to buy enough bandwidth to support their users. However, in a company blog post, Morrow ruled out any further substantial review and, instead, put the blame squarely back on the service providers.

He accused service providers of “cutting corners” on broadband quality by entering into a price war while skimping on the bandwidth they are allocating to their customers in the process.

“Each week, as nbn makes around 100,000 premises Ready for Service, we see a vast number of service providers racing to capture as much retail market share as possible. This classic ‘land grab’ phenomenon can create more downsides than upsides if not carefully managed.”

In a position paper published on nbn’s website, Morrow singled out Telstra for allegedly cutting its prices drastically to increase market share, forcing other ISPs to follow suit. The allegations come after a fortnight of attacks on nbn from all sides over its network performance.

Aussie Broadband’s managing director Phil Britt was one of the few ISPs to agree with Morrow, blaming his own industry for not doing enough to resolve the slow speeds being suffered by many customers on the NBN.

"It is entirely possible to provide decent speeds to customers at the current wholesale prices that nbn charges,” Britt told the AFR.

While Morrow wouldn’t reveal how much bandwidth ISPs are buying, experts say that, on average, service providers are buying just 1Mbps of CVC, meaning that if every home were using the NBN at the same time, they would achieve a fraction of the speeds that are delivered under most existing ADSL connections.

The ACCC, Australia's national consumer watchdog, is currently establishing a national broadband monitoring program, which will compare speeds and performance across all the major providers.

Meanwhile, Telstra is also set to take its NBN speeds public this year, which will include information on what speeds customers can expect from the network in busy periods and what applications they can run at those speeds.

nbn has worked out a theoretically achievable speed for each NBN-enabled premises but, unfortunately, this information is not publicly available.